Releasing on March 15th - Addicted to Ansley by Linda Kage 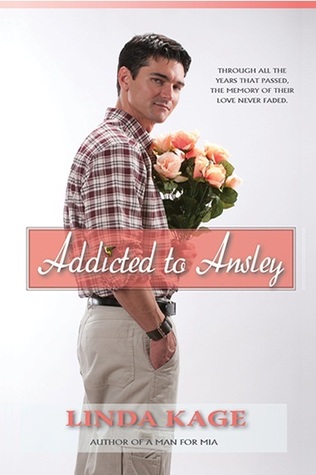 Through all the years that passed, the memory of their love never faded.

Motivational speaker and drug rehab counselor Ward Gemmell can hold an audience in the palm of his hand-because he knows what it's like to have everything he loved slip through his fingers.  When a particularly heartfelt speech reunites him with the daughter he never knew he had, suddenly the love of his life is back within his grasp.  What could a guy like him do to earn a second chance?

Good girl Ansley Marlow was heartbroken the day Ward revealed his hidden life-the kind of secret that would tear anyone apart.  But so many years have passed and so much has changed that it isn't as hard now for her to believe in fate and redemption, even when those around her are unforgiving.  All she needs is the strength to reach out and reclaim the beautiful life she should have had so long ago.

"The thing is, I kept waiting to feel that crazy breathless, giddy anticipation whenever I saw him. When I was fifteen, I always felt that when I was about to see you. But … it never came with him."
He sniffed out a sad sigh. "Yeah, I never felt that for anyone else again either."
She lifted her face and stared at him with her large brown eyes. "What do you think it means?"
With a shrug, he looked away. Gazing at her was too dangerous. It made him want to act. "I don't know. Maybe that we were young."
"Well, that's a depressing thought. Only the young get to experience such an overwhelming sensation?"
He lifted his face to find her looking at him with an expression that consumed him, filled him with a crazy breathless giddy anticipation. His lips quirked into a grin. "Yeah, it was pretty overwhelming, wasn't it?"
She stepped closer and his heart rate jacked into dangerous territory. "But the thing is," she whispered. "I'm feeling that exact same sensation right now. And I'm no longer a fifteen-year-old girl."
He exhaled. Temptation lured. No woman had ever drawn him the way Ansley Marlow did. Resisting her had never been an option.
She wetted her lips with her tongue, and he was a goner. Needing to experience every detail of the moment in every way possible, he cupped her face, reveling in the feel of her warm, smooth flesh against his palms.
He whispered her name.
She smiled and strained toward him.
His eyelashes slid closed as he tipped his face down and knew she'd turned hers up.

About Linda: I grew up on a dairy farm in the Midwest as the youngest of eight children.  Now I live in Kansas with my husband, daughter, and our nine cuckoo clocks.  My life's been blessed with lots of people to learn from and love.  Writing's always been a major part my world, and I'm so happy to finally share some of my stories with other romance lovers.

I'm a member of Romance Writers of America and a local chapter, Midwest Romance Writers, who meets monthly in the Kansas City area.  I've been through a writing correspondence class in children's literature from The Institute of Children's Literature, and then I continued my writing lessons by majoring in English with an emphasis in creative fiction writing from Pittsburg State University.