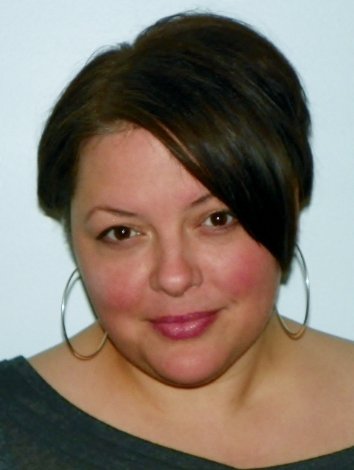 Christine Bell is a romance author and also writes erotic romance as Chloe Cole.  She and her handsome hubby currently reside in Pennsylvania with a four-pack of teenage boys.  If she gets time off from her duties as maid, chef, chauffeur, or therapist, she can be found reading just about anything she can get her hands on, from Young Adult novels to books on poker theory.  She doesn’t like root beer, clowns or bugs (except ladybugs, on account of their cute outfits), but lurrves chocolate, going to the movies, the New York Giants and playing Texas Hold ‘Em.  Writing is her passion, but if she had to pick another occupation, she would be a pirate…or, like, a ninja maybe.  Christine loves to hear from readers.

Thanks so much for having me today to talk about Down and Dirty, book two of the Dare Me series! I can’t wait for you guys to get to know these characters, and Kim thought a fun way to introduce them would be to tell you the five things I love most about Cat and Shane. Stick around because one commenter will have a copy of the first book in the series, Down for the Count, gifted to them through either Amazon or BN!
Christine's top Five things she LOVES about Cat and Shane


I think the thing I love most about Shane and Cat is their shared history.

I love a pair who have a long-standing familiarity with one another, and these two have known each other for years. They have inside jokes, and know family secrets. They grew up in the same town, Cat’s brother is Shane’s best friend, and this *thing* they feel for each other has been brewing for more than a decade. It just makes the pay off so much sweeter.

How different they are from each other.

Cat is wild, impulsive and daring. Shane is much more methodical, weighs the pros and cons of his decisions and, because his job is so risky (he’s a search and rescue specialist), when it comes to his regular life, he’d much rather just enjoy not dangling over a mudslide pulling people out. This dichotomy adds a push-pull tension between them that’s super fun to develop.

You know from page one that they are crazy for each other, no matter how much she fusses and protests.

She’s just afraid that being with a man will squash her independence and she’ll wind up knitting scarves on a rocking chair watching Murder She Wrote reruns waiting for him to come home from an assignment instead of being out in the world, wrestling gators, learning how to kickbox and checking wild and crazy stuff off her bucket list. Watching Shane pull out every weapon in his arsenal to prove otherwise is a blast.

Erm. Mer. Gerd. *fans self* I love love loved Galen and Lacey in Down for the Count, and thought I wouldn’t be able to match the chemistry they had with book two of the Dare Me series, but Shane and Cat are HAWT together. When she sneaks in his bed hoping to get him out of her system, she has another thing coming.

They both are really sharp and funny, and the one liners they were feeding me as I wrote were awesome. I love to read funny, very contemporary feeling novels, and I think this one fits the bill.
~Click here for my review of Down and Dirty.~

So readers, what are some qualities you love in your heroes and heroines? Is humor important, or do you prefer an angsty, tortured pair? Do you like alpha males, or Mr. Nice Guy? One commenter will win a copy of Down for the Count via either Amazon or BN. Thanks for stopping by!

Okay all--You have until April 5th to leave a comment.  Be sure to go grab your copy of Down and Dirty from:  Amazon, Barnes & Noble, Entangled Publishing, or Goodreads.  You won't be disappointed.


~~~Oh, there's more!!!!~~~
Would you like to win a $300 Shopping Spree inspired by Cat Thomas?  Of course you.  Check out the Rafflecopter below.
a Rafflecopter giveaway