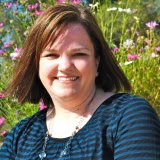 Bestselling romance author Karen Erickson writes what she loves to read — sexy contemporary romance and sensual historical romance. Digitally published since 2006, she currently writes for Samhain Publishing, Entangled Publishing’s Bliss & Brazen Imprint and Avon Impulse. A native Californian, she lives in the foothills below Yosemite with her husband and three children.


I discovered Karen Erickson last year with the first book in her Lone Pine Lake series, Jane’s Gift. Since then, I have been CRAZY about Karen. The second book in the series, Tempting Cameron came out earlier this month. I’m a member of Karen’s Street Team, Karen’s Scandalous Ladies, so before the book came out, I knew how much she LOVED Cameron McKenzie. I have to admit I love him too. Cameron’s different from other romance novel heroes. Trust me, if you haven’t read the book, you should. If you would like to read my review of Tempting Cameron, you can here.
So today, I’m REALLY excited to have Karen stopping by and telling us all her inspiration behind Cameron McKenzie. Hi, Karen!!!! ***WAVES** Okay.... **HUGS**

The Inspiration Behind Tempting Cameron
**Thanks for having me as a guest on your blog today, Kim!**
Long, long ago in another life (not really but it feels like one sometimes), my husband used to manage a RV dealership. One of the perks of his job? We could borrow used motor homes and go camping in style. Our family loved doing this and where we live, we’re surrounded by plenty of gorgeous locations to camp at.
One year in the fall, we went to Huntington Lake. At seven thousand feet, the air is crisp, the sky is extra blue and so is the water. We stayed at an amazing campsite where we could walk up to the general store and the cutest little rental cottages you’ve ever seen.
That’s where Cameron McKenzie and Chloe Dawson first came at me. I believe this was October 2009. Funny thing is, I only knew them as Cameron and Chloe at the time and that was it. Nothing else. No real details, beyond knowing I wanted Chloe to work at the cute rental cottage place and Cam was the reluctant hometown boy coming back with a major grudge.
Flash forward a few years. I sold the book JANE’S GIFT to Entangled Publishing’s Bliss line, plus another book to be part of a new series (the Lone Pine Lake series). I knew without a doubt Cam would be the perfect hero (and Jane’s older brother) in the next book. He’s been lying dormant in my brain, patiently waiting, as was Chloe. I was finally giving them their chance to shine and they were eager to come out and play. I changed a few details. Cam was still the reluctant hometown boy but Chloe became a teacher. She’s a woman who lived pretty much her entire life in Lone Pine Lake and had no intentions of ever leaving.
She’s the complete and total opposite of Cameron, which of course, creates instant conflict—just what I needed.
Their story poured out of me. I wrote the book in a matter of a few weeks. I really enjoyed being in grumpy Cam’s head though sometimes I wasn’t quite sure why he was so grumpy and full of resentment. Now that I can reflect, I believe I gave him Jan Brady syndrome. Jan from the Brady Bunch was full of ‘woe is me, I’m the middle child, I never get a fair break,’ blah blah blah.
Cam is the middle child. His older brother and sister got a lot of attention. So did his younger sister and brother. He’s right smack in the middle of five kids and he got lost in the shuffle. That in turn, made him feel invisible. Though Chloe always noticed him…
Chloe is the youngest of three girls and lived down the street from the McKenzies. She’s always had a crush on Cam but he never paid her any attention when they were younger. Until he comes home for his sister Jane’s wedding and sees Chloe. She’s all grown up, beautiful and sweetly sexy. He’s instantly hooked.
And they start a summer romance that goes way farther than either of them ever imagined.
I had a lot of fun creating that summer romance and keeping it simple. Considering the Bliss line is on the sweeter side, I had to restrain myself when these two got near each other, which was hard! They had chemistry in spades. I love how she gets Cam and accepts him so easily. And I love how he brings out a bolder streak in Chloe. These two are good for each other. In fact, I miss them. A lot.
As for celebrity inspiration for Chloe and Cam? I never really envisioned anyone to represent Chloe. She’s fully in my head (which might be a scary place to hang out LOL). About halfway through the writing of TEMPTING CAMERON though, I stumbled upon a few pictures of Armie Hammer and knew instantly he was my Cam.
Oh, Armie… 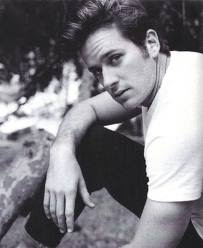 You can find TEMPTING CAMERON at: Amazon | B&N | Kobo | iBookstore

It’s giveaway time!!!!!
Karen is offering up some pretty cool prizes for her Tempting Cameron Blog Tour. You could win a Pewter “Lone Pine” Charm Necklace, an autograph print copy of Jane’s Gift, or some Karen Erickson Swag!!!! All things you want, because I KNOW I do. Follow the Rafflecopter instructions to enter. Good luck.

a Rafflecopter giveaway
Posted by Kim at 4:30 AM