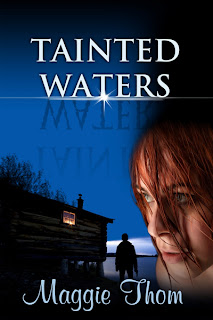 Frustrated at being fired from her latest job and overwhelmed by her consolatory family, Sam decides to move to the family’s cabin at the lake. A place she hasn’t been since her dad committed suicide there twenty years before. Or did he? Snooping is something she’s good at but someone seems to be taking offense to her looking too closely at what has been happening at the lake. What she discovers is shocking. Now she must uncover what’s real and what’s not. All that she learned growing up, may be false.
Keegan who has recently moved to the area to finish his latest book is also trying to find out if his grandfather, who’d passed away ten years before, died of natural causes or was murdered? The descendants of the four families who own the land around the lagoon are dying off. Since Sam and Keegan are the only ones questioning the deaths, they find themselves working together to seek the truth. Are people being murdered? Who would benefit from their deaths? Why would there be barricades and armed guards at the north end of the lake? To stay alive, Sam and Keegan must find the answers and convince others, before more people are killed… including them.

When Samantha “Sam” Overton was seven years old, her life and the lives of her family changed with the suicide of her father. Now a twenty-seven year old woman, Sam is desperately trying to find her place in the world. She goes from job to job with nothing sticking. Her work history includes over fifteen different jobs, with the longest lasting only five months. Sam finally finds a job as a newspaper reporter. It was a job she liked, one she thought she was good at. Or at least she could be good at it, if she was given real assignments, instead of little local, “no one really cares” community action items to report on. She ends up getting fired only to learn that none of her stories were ever printed in the newspaper. With nothing else to do but lick her wounds, she convinces her mother to let her stay at the family cabin. The same cabin no one has visited since her father’s death.
Keegan Wesley is an author who desperately wants to find out more about his deceased grandfather, Mr. Tennison. A man he shouldn’t have known since his parents didn’t want him to know about him. He has secretly been staying at his grandfather’s cabin without anyone knowing, writing his latest book and biding his time, before he starts to look into his grandfather’s death. Mr. Tennison’s death was ruled as a heart attack at the age of sixty-eight. For Keegan, his gut is telling him that isn’t true. He just doesn’t know how to prove that the death wasn’t natural.
After Sam is almost kidnapped, she and Keegan are thrust together into trying to figure out who wants her dead and why. They know something is going on at the lake, but they have no idea what or who they can actually trust. With multiple attempts made against their lives, they’re forced to go into hiding while still trying to figure out why someone wants them dead.
It’s interesting that the one thing Sam is good at, is the one thing which gets her into trouble, looking for answers. I was very impressed with the spirit and fight Sam had. I was equally impressed with Keegan and his commitment to protect and make sure that Sam was safe no matter what. There is a little romance between Keegan and Sam but the story isn’t driven by the romance. Tainted Waters is driven purely by it’s suspense factor.
Tainted Waters is a story full of corruption, drugs, lies and murder. You’re introduced to several characters who could ultimately be the main antagonist and several smaller players. Figuring out the who done it and why can be a little murky. This is a book that will have you on the edge of your seat. Just when you think the story is over, think again.

~A sneak peak at Tainted Waters~

The water was arctic but Sam wasn’t sure whether it was that or the fact that she’d snorted a whole lot of the bucket they’d just thrown in her face. Coughing and sputtering she rolled onto her side. Her hands immediately clutched at her aching head. Before she had more than a few seconds to try to orient herself and figure out what was going on, someone’s boot connected with her side.
She screamed, rolling away, struggling to get to her knees. The room spun and everything looked like she was looking through an empty wine bottle. And she hadn’t even had the pleasure of drinking it. A large mass was moving towards her. She flipped onto her butt and scooted backwards. Something hard stopped her backward movement. As her vision started to clear, a large flat face came into focus, almost nose to nose with hers.
“Well, well. What do we have here?”
Her tongue felt thick and cottony but she managed to croak out, “who the hell are you?” If she’d been able to muster enough spit she’d have spat in his face. Maybe this is a nightmare. Praying that it was, she closed her head for a second and let her head drop forward. The next instant her head was snapped backwards, hard into the solid structure behind her. The man’s fingers pinching her chin. Something sharp was pressed to her throat.
“You’ve caused me nothing but headaches. You’re a royal pain in my ass.”
The fear was almost choking her, her eyes peeled wide. Her mind was going a mile a minute. What the hell had she done to deserve this? How was she going to get out of this? And who was this nut case? As many thoughts flew through her head, she tried to make sense of something and to pull herself back to the situation. To find some way of getting out of it.

Click HERE to be taken to my interview with Maggie.