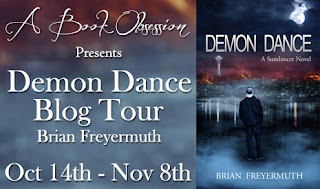 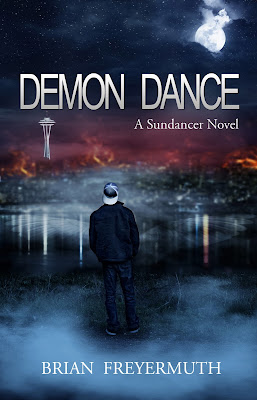 You can run all you want, but the game's in your blood. And blood never forgets…
Nick St. James was born different. His extraordinary gifts have saved him time and time again, but they couldn't save the one thing he loved most: his wife.
Now he just wants to forget his old life, but more importantly, he wants to forget the magical underworld that lives beneath the "real" world. A place where a man's faith can determine the very fabric of reality. Where ancient forgotten gods walk hidden among us, and angels and demons fight for our very souls.
But nothing stays hidden forever. Nick's peaceful world is ripped apart when a demon slaughters his ex-partner and marks him for death. Now he must use all his gifts to find the one who summoned the nightmarish creature, but more importantly, he needs to find the one thing he lost long ago.
Himself.

Hi Brian.  Welcome to Read Your Writes Book Reviews.  Please introduce yourself.
Well, I’ve been a writer and video game designer for about 19 years. Demon Dance is my debut novel, but I’ve written for various games, including the original Fallout, Star Trek: Starfleet Academy, Run Like Hell and Epic Mickey 2: The Power of Two.
DEMON DANCE is a dark urban fantasy.  I’m going to admit, it’s a genre I’ve never heard of.  So tell me about the genre and then the book itself.
Urban Fantasy deals with magic in the modern world. In Demon Dance, ancient gods, angels, demons, and vampires all live under our noses in Seattle.
I’ve always been fascinated with how belief changes over the course of history. An ancient god might be a fertility deity in one age, and a full blown demon in another. What happens when people stop believing in these gods and goddesses?
Quite a few characters in Demon Dance are based on this idea. It has a librarian who used to be a Norse goddess, a voodoo houngan whose loyalty to his friends outweighs his better judgment, an Archangel on a mission, and our hero, Nick St. James, caught right in the middle.
He’ll need all their help when a demon goes on a rampage and marks him for death. I always love a good mystery, but stories need to be about the character’s growth.  The book is not only about Nick’s journey to find out who wants him dead, but also about his journey to find himself.
I go crazy over covers and I LOVE the cover.  DEMON DANCE is getting good reviews.  But some of the reviews are left with questions.  The biggest question is, why is Nick called a Sundancer?  And what is a Sundancer exactly?
Nick hates that nickname, so I think he’d kill me if I gave too much away. He’s planning on telling more in the sequel, but I can tell you that it was a name given to him when he was little, when he faced down his first insane vampire at the tender age of ten. The name took on a life of its own after that. That’s not to say there isn’t a deeper meaning behind the name, one that even Nick isn’t aware of.
Hmm.  That’s actually saying a lot.  There are also a lot of questions as to Nick St. James’ background.  Could you please tell us who he is exactly?  What’s his story?
Nick was born with some pretty odd gifts. He can see in the dark, and he can do a lot of things with adrenaline, like becoming stronger or faster. He doesn’t know who his father is, and his mother won’t talk about it, so he has no idea where these gifts come from or what they mean.
Because of this, he’s felt alienated for most of his life. He spent most of his younger years drifting across the country, using his gifts to get work where he could and never focusing on where he came from or where he was going.
When he met Ann, she taught him how to use his gifts to help people, and how to question where those gifts came from. They fell madly in love and married a short time later. Their happiness didn’t last long, however. Ann was killed in a car crash a few years later. After that Nick vowed to leave his gifts and that life forever, and he moved up to Seattle to get away from it all.
You mentioned that there is going to be a sequel.  Can you tell us anything about it?
I’m more than halfway through the sequel right now. The novel takes place about three months after Demon Dance, right as the New Year is coming up. How we tend to dwell on the past is a major theme, and one that will carry over to both Nick and Thelma as we learn more about them and their background.
How did your experience with gaming help your writing career?
It was actually the reverse. I started writing when I was ten, and never really stopped. I’ve always loved novels and long form storytelling, so it was kind of easy to make the transition to games. Over the years my novel writing and my game writing have grown from the experiences I’ve learned from doing both.
When you’re not working or writing do you play games?  And if so, what games?
I’m currently working with a company called Xaviant on an independent game called Lichdom: Redeemer. I love story based and role-playing games, like the Mass Effect series and the last Bioshock game. Right now as I’m waiting for the new Assassin’s Creed to hit the shelves, I’m beginning to dive into Borderlands 2.
Okay, final question….What do you love most about writing?
For me it’s about telling the story you want to tell. Being able to transport someone to another world for a little while, and have them live and breathe with your characters.
But more than that, there’s nothing else I could be. For me writing is like eating or drinking. It something I need to do.
Brian, thank you so much for taking the time to answer some questions for me.
Thanks for having me!

“I came here,” I told the cat, “to get away from my life. Why did it have to find me?”
The cat’s emerald eyes sparkled with silent laughter. He seemed to know how stupid that sounded, and a thin, brittle smile came to my lips.
“You think I’m an idiot, huh?” I asked. The cat responded with a sharp meow. “Well, so do I.”
I sat up and stretched my neck. “I’m an idiot for throwing the glass,” I told him. “That was some premium  Tennessee whiskey.”
The cat meowed again. “As for you,” I said, “you need a name.” The animal wore a dark blue collar I had missed when he came in. There wasn’t an ID, but the strip of cloth had a word printed on the front: Walker.
“OK,” I said, “Walker it is.” I scratched the cat behind his ears, and a rumbling purr vibrated my fingers.
Suddenly Walker’s ears perked up and he sprang from the bed. The hairs on my arms stood to attention, and I swung my legs over the side. My eyes searched the room, seeking a sign in the afternoon gloom of what was crawling across my senses.
That’s when the phone rang. “The Hall of the Mountain King,” made up of singular electronic notes, echoed through the apartment. I leaped out of bed and stood at the edge of the protective circle. The melody repeated itself three times and went silent.
I stood there at the edge of the circle, my heart racing. I strained to hear any movement, and my nose searched for a hint of sulfur. Nothing looked out of the ordinary.
The song blasted the silence again, the tones as simple as a child’s keyboard. With a deep breath, I stepped out of the circle and crept toward the bedroom door. Sensing nothing, I walked into the living room.
The cell phone became silent again, but only for a moment. I managed to snag it on the last ring with an annoyed, “Hello?” Away from the circle I was vulnerable, and I turned to go back to the bed, but the fearful breathing on the other end of the line stopped me.
“Nick?” Caitlin called, as if from a long tunnel. Static overpowered her voice, like energy on a high-voltage wire.
“Cate? I can barely hear you.”
“Nick! Thank God. I need your help!”
I sighed. I came away from my protection for this? “Look, Cate,” I said as I walked back into the bedroom and toward the circle, “we talked about this. You know my—”
“Just shut up and listen!” she yelled. I stopped again as a roaring filled the phone. Screams pierced the background. “I’m in a penthouse at One-Fifty-Five Second Street. Downtown. Get your ass down here!”
“Cate, I—”
“Please, Nick!” Gunshots cracked the phone. “Jesus, the thing has no eyes, how can it see—”
The line went dead.

Brian Freyermuth, an 18 year veteran in the gaming industry, started his career at Interplay Entertainment, serving as designer and writer on a number of titles including the award-winning post-apocalyptic role playing game Fallout, where he helped craft the story and create some of its most recognizable settings.
Brian was also granted the pleasure of writing the missions and dialog for the best-selling game, Star Trek: Starfleet Academy. Working alongside William Shatner, George Takai and Walter Koenig gave Brian a new perspective on voice acting and dialog that influences his renowned style to this day.
In 2004, Brian ventured to the Pacific Northwest where he spent two years honing his design skills at Midway Games in Seattle. He then returned to Southern California, where he spent five years working on various influential brands under the THQ umbrella such as SpongeBob: SquarePants and WWE.
Brian's passion for storytelling would eventually lead to a wonderful opportunity to get back to his writing roots by joining Disney and Junction Point in 2011. During his time there, he co-wrote the story and dialog for the WGA Award Nominee Disney Epic Mickey 2: The Power of Two, where he worked with comic book writer Marv Wolfman and industry legend Warren Spector to give Oswald the Lucky Rabbit a voice at Disney for the first time in 80 years.
Born in the quaint town of Manitou Spring, Colorado, where he grew up in the shadow of Pikes Peak, Brian moved to California as a teenager, eventually graduating from UC Irvine with a major in Comparative Literature and a minor in Computer Science, both of which he uses in his professional and personal careers. Brian is also a member of the Horror Writer's Association, and loves to write and play video games in his free time. He currently lives in Atlanta with his wife, Juliet, and their son, Kyle.

If you are leaving multiple comments on the same giveaway post, please be sure you are NOT saying the same thing only in a different way. (ie Nice cover and great cover are the same.) Be original or your second comment will be considered spam. 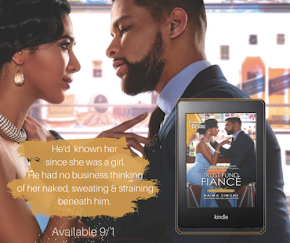 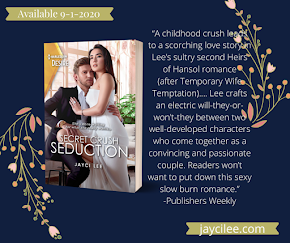 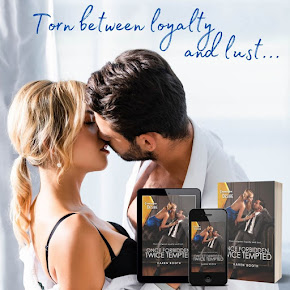 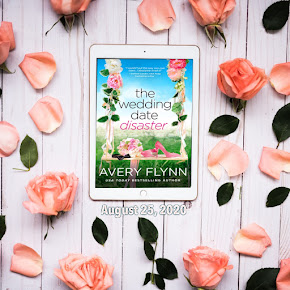