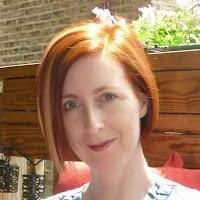 Kate Meader writes contemporary romance that serves up delicious food, sexy heroes, and heroines with a dash of sass. Originally from Ireland, she now makes her home in Chicago, a city made for food, romance, and laughter—and where she met her own sexy hero. When not writing about men who cook and the women who drool over them, she works in an academic library. 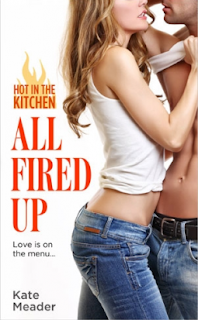 Her sweetest mistake . . .
Cool as a Chicago winter, private events planner Cara DeLuca is a model of self-control . . . until she meets the one temptation she can't resist: Shane Doyle. The sexy, Irish pastry chef is too hot, too sure, too young, and after a crazy night in Vegas—her new husband. While at first Cara wants nothing more than a way out of her sham marriage to Shane, she soon finds that beneath his farm boy demeanor lies a man who can match her drive, both in and out of the bedroom. How can the wrong guy feel so deliciously right?
. . . Tastes so, so good
Shane has carefully structured his career and life around one goal: connecting with the family that doesn't know he exists. Marrying a woman with more issues than a magazine stand wasn't part of the plan, but melting Cara's icy exterior is so worth the detour. Now as the annulment date nears and long-buried secrets are revealed, Shane will have to fight for the one thing guaranteeing the perfect life he craves . . . the current Mrs. Shane Doyle.

Kate stops by today to talk about her FAVORITE Irishmen.  The lady has a very nice to five.  Enjoy!

My Favorite Irishmen
What is it we love about an Irishman? The brogue, the twinkle in his eye, the fondness for wraparound sunglasses? Okay, that last one is just Bono. (smiles) Irish men tend to be an a potent mix of practical and dreamer, melancholic and humorous, and they make great book boyfriends. Here’s my bumper list of Irish male perfection, both fictional and real.
Luke Costello (Rachel’s boyfriend in Rachel’s Holiday by Marian Keyes) – This book is more women’s fiction than romance, but it’s my favorite Keyes novel and has a great Irish hero in  “Real Man” Luke Costello, as Rachel dubs him, and his amazing tight leather trousers. Rachel is an in-denial addict and Luke calls her out on everything. I loved him and the sacrifices he makes to get Rachel better.
Jonathan Rhys Meyers (actor with great bone structure) – While I not-so-secretly think he’s a bit of a ham as an actor, it makes no difference because … look at those cheekbones! He’s played Elvis, Henry the VIII (virile and handsome to the end unlike the real corpulent Henry Tudor), and now he’s Dracula in the latest incarnation on NBC. But he’ll always be remembered as the scorching hot soccer coach in Bend it Like Beckham.
Michael Fassbender (actor with insolent smile and a touch of ginger to his locks) – My new fave Irishman, Fassy’s cheeky smile and infectious laugh in interviews contrasts with his mostly serious film roles (Prometheus, Shame). Note to Fassy’s agent: get this guy in a rom com STAT!
Roarke (billionaire from the not-so-distant future in JD Robb’s In Death series) - He’s crazy about Eve. Enough said.
Shane Doyle (Irish pastry chef in All Fired Up) – So, maybe I’m a bit biased toward the Irish pastry chef hero in my latest contemporary romance, All Fired Up. Oh, Shane, how I love you. Yep, totally biased. The man’s quick with his hands and mouth, but his sexy charm masks a painful past.  After a drunken Vegas wedding to Cara DeLuca, his boss’s sister-in-law, he’s forced to face his demons as well as hers. Shane’s talent is to put people at ease and that’s what he does for Cara—he makes her feel safe, protected, and most of all, loved beyond reason. Shane, you can serve up your pastries to me anytime!

ALL FIRED UP can be purchased from:
Amazon | Barnes & Noble | Bookish | iTunes

The Hot in the Kitchen Series

Check out my review of FEEL THE HEAT here.