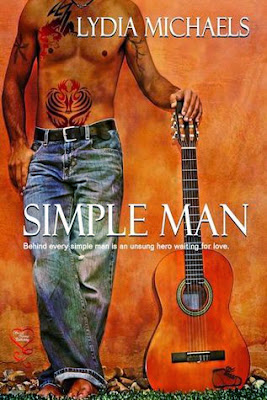 Behind every simple man is an unsung hero waiting to be loved.

Months after Shane Martin’s sister vanishes, life crashes down and he finds himself the guardian of a nephew he never knew existed. Blissfully ignorant, Shane trades in his musician status, full of late nights and fast women, for midnight feedings and lullabies. But when Kate McAlister, his prissy, stuck up caseworker, arrives unexpectedly, he realizes he could lose everything.


Kate isn’t impressed by Shane’s messy bachelor pad, rocker image, or sexy tattoos. As a matter of fact she finds it all very sophomoric. The sooner she’s off the case the better. Everything from his long hair to his sarcastic attitude threatens her professionalism. But when he lowers his guard and asks for help, she discovers a side to this tattooed musician she can’t resist. Behind this simple man is an unsung hero.

Hi Shane and Kate.  Thank you for joining me today.  I have to say your story is one I really want to read.  Let’s go ahead and get the tough question out of the way, shall we?  Please tell me about Logan's name.  I get a feeling that family is something that you probably don't take for granted and I'm sure there's a story there.

Kate grips Shane’s hand in a show of emotional support.)


You know...I probably should have taken Shane up on the autograph thing.  I have a feeling that everyone is really going to fall in love with this story. ~ I REALLY have to thank Lydia for agreeing to do this live interview with me.  It was really one of the best and coolest interviews I’ve ever done.