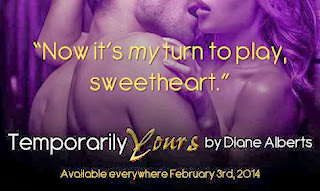 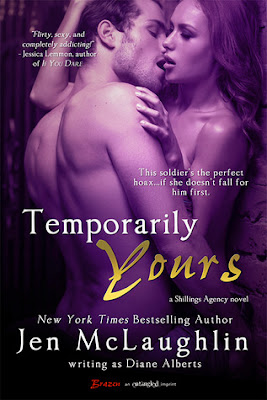 This soldier’s the perfect hoax…if she doesn’t fall for him first.
Stats whiz Kayla Moriarity knows her way around numbers and algorithms. Men, on the other hand, are unsolvable equations. Now Kayla’s en route to her sister’s wedding—alone and without the fictional boyfriend she invented for her family. Fortunately, her plane comes complete with complimentary cocktails and a ridiculously hot ex-marine in the seat beside her. And that’s all it takes for Kayla’s inhibitions to go sailing out the airlock...
Cooper Shillings has soft spot for people in trouble, but he certainly wasn’t expecting to land in it himself—and definitely not while getting naughty mid-air with a sexy southern belle. When he hears Kayla’s predicament, however, he offers his services as a stand-in boyfriend. After all, he’s heading overseas soon...and how could he refuse a little no-strings wickedness?
It’s the perfect plan. And all Kayla has to do is ensure her family falls for the ultimate bluff, without falling for it—and Cooper—in the process...


I loved Temporarily Yours.  Dianne has managed to write about two characters you will immediately fall in love with.
Kayla Moriarity and Cooper Shillings both have some family issues.  Kayla is tired of her family consistently pushing for her to get married and/or have a man in her life.  Cooper is battling his own demons of watching his best friend die and not saving his life.  Cooper is also dealing with the disappointment that his father has for him because he couldn’t cut it in the Marines and because he isn’t joining the family business.
Kayla and Cooper first meet inside an airport terminal, as they’re waiting for their flight to board.  Kayla is going back to North Carolina to attend her younger sister’s wedding, while Cooper is flying in early for some downtime before his overseas job deployment.  Kayla has a massive fear of flying and Cooper just talks to her in order to distract her.  Cooper is immediately blown away by how refreshing and different Kayla is so he wants to spend more time with her.
Once on the plane, things get really interesting for these two.  And when I say interesting, I actually mean hot.  With nothing else to do, Cooper agrees to be Kayla’s pretend boyfriend throughout all of the wedding events, up to and including the wedding itself.  What neither Kayla or Cooper expects is for their pretend relationship to feel so real or for the passion they share to be so hot.  Seriously, you will never look at people on a plane the same way again.
Rating: 5
Release Date: February 3, 2014
Book Length: 205 pages
Source: Publisher ~ Entangled: Brazen
Reviewed by: Kim
Reading Format: Available only in eBook

Purchase Temporarily Yours from Amazon or your favorite eRetailer