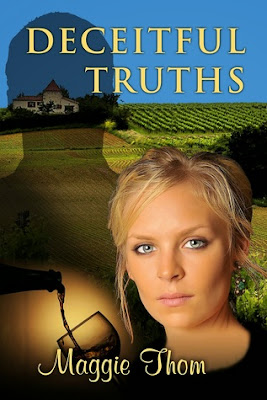 He created a legacy that no one could imagine...
Tarin has lost a week of her life. She doesn't know what happened but not long after she returns to work she is suspended from her job. Confused and pregnant, she quits and agrees to marry Stephen, only to be thrown into a whole new nightmare. Desperate, she grabs her son and moves across the country to get away from her abusive husband and to avoid her unforgiving father. Thrilled at getting the job at Knights Associates, where she'll help them solve cyber crimes but also be able to use their connections and resources to find her own answers. Who stole a week of her life? And will they return to steal the secret she is now protecting?


Graham and his partner Guy, can't keep up with the demand. They are being flooded with requests at Knights Associates, where they offer a combined service of private investigator and that of solving cyber crimes. It appears that someone wants to get their attention as not only have they been hacked but Guy's family business, Caspian Winery, seems to be under attack as well. Hiring an assistant seems to be the answer but when Graham discovers she's been accessing their high-security accounts, he realizes the cause of their predicament might be closer than he thought. Is their new assistant behind the problems they're having? If she's so innocent why does someone want to abduct her?
Tarin and Graham discover that although they don't trust each other, they are forced to work together to solve several seemingly unrelated crimes that may lead to one disastrous conclusion. Can they figure it all out before Tarin's nightmare plays out? An eighty year old woman pays with her life? Or before Tarin learns a truth that may seal her fate and be the one secret that will keep her and Graham apart as neither one of them may be able to forgive or forget...
(Standalone but is a Sequel/Companion Novel to Captured Lies)

Deceitful Truths is a suspense/thriller with small romantic elements.  Maggie Thom has managed to give the reader a tangled web full of lies and deceit to try to figure out.  Deceitful Truths is a stand-alone story, however events which take place in Captured Lies (the first book in the Caspian Wine Series) are referred to, so if you haven't read that book, you may want to.
While I liked Deceitful Truths, I found the story to be a little confusing in the beginning.  It was hard to figure out who was saying what and where the story was initially going.  But the cool thing about that was that it kept me wanting to read the book.
Three years ago, Tarin Madsen Roth awakens to realize she has lost a week of her life and the only clue she has as to what happened is a piece of an invoice from Caspian Winery stuck to her back.  Confused and alone after her father refuses to listen to her, she marries Stephen Roth.  Unfortunately for Tarin, her marriage is anything but perfect.  Stephen uses her as a trophy and shows her off to everyone.  He’s rigid.  He's distant and doesn’t show much affection for their two and a half- year-old son Chance.  In fact, Stephan doesn't like for their home to show a child lives there at all.  Finally getting fed up with her life and not knowing what happened to her, she takes her child and leaves.  As luck would have it, Knight Associates has an opening.  Now, Tarin just has to figure out who she can trust.
Knight Associates, founded by Graham and his partner Guy, is experiencing some higher than normal traffic when it comes to their new cyber crimes division.  Needing help, they place an ad and in walks Tarin.  Tarin seems to have the perfect resume and is perfect for the job.  Maybe a little too perfect.  It’s soon discovered that mostly all of the new traffic is bogus, to lead them on wild goose chases.  The only question is why.  Add to that, Graham discovers Tarin has hacked into their computer system.
As if things are not hectic enough at work, Guy has to deal with learning that things aren’t going so smoothly with his wedding to Bailey, heir to the Caspian Winery.  Plus, Caspian Winery is being hit with bad wine arriving at vendors and wine shipments going missing.  In it’s long history, Caspian Winery has never experienced any of these problems.
With her move across country, Tarin seems to have a bullseye placed on her back.  Lucky for her, Graham is there every time to save her and her son from danger. While Graham doesn’t trust Tarin, she intrigues him and makes him step up his game.  In Graham, Tarin sees the man she has always wanted to have.  She fears that the secrets she’s hiding will not allow them to have a chance.
For me to say I didn’t know who was behind everything would be a lie.  I went into the book having a pretty good idea.  The only question was how and why.  Deceitful Truths delivers the suspense I’m accustomed to from Maggie Thom.  Her web of connect the dots will definitely have you wondering what’s going to happen next.  The best part is that this book didn’t give me nightmares.
Rating: 5
Release Date: March 12, 2014
Book Length: 285 pages
Source: Author
Reviewed by: Kim
Reading Format:  Available only in eBook

Purchase Deceitful Truths from Amazon or your favorite eRetailer