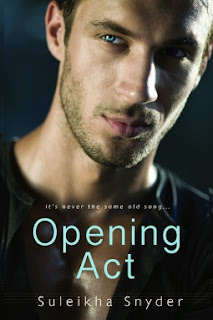 Reporter Saroj Shah has been in love with bass player and bartender Adam Harper since her first day of college—seven years ago. Forever thinking of her as part-friend and part-little sister, he's just been too blind, and too clueless, to see it. Until one pivotal moment pulls her into the spotlight.

The moment Saroj steps on stage, Adam sees his friend in a new light. He can't take his mind off of her and realizes they could make beautiful music together. But seven years is a long time and Saroj is ready to move on. Adam will have to hit the right note if he wants to prove to Saroj he was worth the wait.

Write What You Know — And What They Feel
I’m so happy to be guesting here at Read Your Writes on release day for my latest novella, Opening Act from Entangled Publishing — especially since this is probably my most personal story yet. You know that old adage “Write what you know”? Well, I know pining. I know heartbreak. I know falling for someone who doesn’t see you that way and forcing yourself to move on.
So, when my protagonist Saroj Shah finds her dream guy — a dear friend from college — finally feels the same way about her, I had plenty of personal experience to channel into her reaction, and into the emotional journey she and cluelessly adorable Adam Harper take together.
I actually got an early note from one beta reader who said, “I can’t believe she’d carry a torch for a guy for more than four years.” And I thought to myself, “Really? ‘Cause I’ve been there and done that.” Vampires aren’t real. Werewolves don’t exist. Long-term crushes…? You better believe those puppies live and breathe and grow! I’m pretty sure I’ve averaged five years per major crush. Just because it’s not requited doesn’t mean it’s not intense and painful and oftentimes destructive.
And the best part about those feelings is that they create a rich foundation for a story. I poured every bit of my own instances of, “Are you freaking kidding me?” and “This can’t be real!” and “You are such a colossal asshat!” into Saroj and Adam’s interaction while also giving them their own baggage.
Because here’s the thing my writerly and readerly friends: Using your own heartbreak is all well and good, but unless you’re writing a memoir, you need to make sure you craft characters who aren’t you. Give them their own lives, allow them their own trajectory. Change their names, their heights, and their ethnic backgrounds. Don’t let yourself and your own issues consume them, because they’re for somebody else to devour. Maybe, in the very first draft, Saroj was a little bit “me.” I’d just gotten my own heart obliterated and needed a way to work through the grief. But as the tale grew, and I gave her a backstory and a family and friends, her journey diverged from mine.
Her happy ending, however, is definitely just as happy for me! And I hope readers feel the same way. 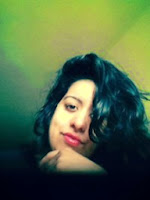