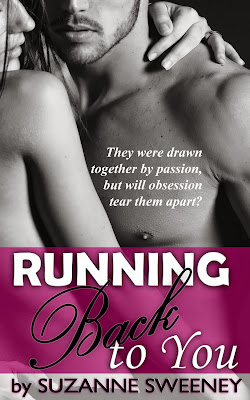 Juliette Fletcher is a girl with a plan. Not one to sit back and wait for life to happen, she moves back home after graduation and begins to carve out a life for herself.
Evan McGuire is desperate for a fresh start. His career in the NFL depends on it. Years of partying and carefree living have caught up with him. After buying a beach house in need of renovations, he begins to rebuild his life and his reputation.
What Evan doesn’t expect is a chance meeting with Juliette out on an early morning beach run with her dog. A strong mutual attraction draws them together, but fear of scaring her away keeps Evan from revealing his true identity. Evan finds himself in an unfamiliar situation – forced to work harder than he ever has before to prove himself worthy of her affections.
Tragic misunderstandings and unexpected obstacles threaten to derail a fragile relationship. Someone is watching, waiting, and tormenting Juliette, desperate to destroy everything. Can they find the strength to overcome jealousy, insecurity, and fear before it’s too late?

Wanting to know a little bit more about him, I press on.  “I don’t mean to pry, but I was just wondering … do you live here?  I mean, is this your house?  Is there anyone who might walk in and have a problem with me sitting here right now?  A wife?  Girlfriend?  Boyfriend?”
He chokes on his water and spits it out.  I guess he’s never been asked that before.
“Wow, you get right to it, don’t you?  No, Juliette, I live here alone, most of the time, anyway.”  Another cryptic response that I’ll leave alone for the time being.
He hands me a fresh bottle of water.
“How about you?  Anyone special in your life right now?”  He folds his hands in his lap and I can’t help but notice they’re the exact type of hands I love: large, strong, and manly.
“No.  It’s just Maddy and me against the world.  She watches my back and I scratch hers.”  It’s my lame attempt at humor.  Absentmindedly, I start twirling my fingers through my ponytail.
He has a one-word response, “Interesting.”  I’m perplexed.
I attempt to change the subject, “I think it’s time to take off the ice.  Didn’t you say fifteen-minutes on and fifteen-minutes off?”
Evan checks his watch and agrees, “Yeah, let me check it.  I want to make sure it’s not swelling up.”  He tenderly removes the compression bandage and the ice.  When his hand makes contact with my skin, something inside me awakens and I have to catch my breath.
He quickly removes his hand from my leg and walks away from me, over to the banister, gazing at the beach as the waves break on the shore.  His back is to me and I take the opportunity to admire his physique without fear of being caught.  His biceps are impressive.  I can see them contract as he grasps the deck railing.  I wonder why he pulled away like that.
“Hey, Evan, can I ask you a question?”
“Sure, shoot.”
“Well, do you really own this place?  It’s truly impressive.  I’ve lived here all my life and I’ve never met anyone who lives in one of these homes.  How can someone so young afford a place like this?  I mean, I can barely make my rent and here you are in this huge beach house.”
There’s a moment of silence, like he’s considering my question and measuring his response.  He’s still not looking at me.
“I’ve bought and sold a few houses over the past several years.  Each one gave me a small profit, which I used to purchase the next one.  My last house was in Houston and I flipped it for a very nice profit.”
“So, are you planning on selling this one soon?  It looks like it’s almost done.”  I’m hoping he says no.
“I haven’t decided yet.  I’m starting to like it here.  It looks promising.”  He turns and stares right at me, “Very promising.” 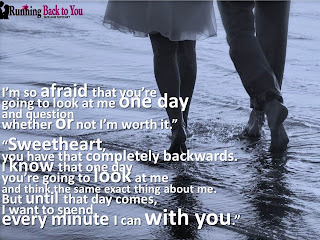 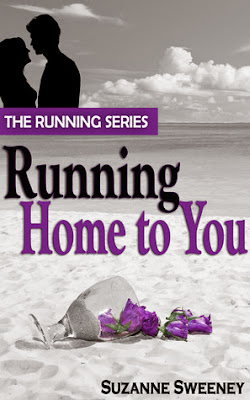 Running Home to You: continues the journey of Juliette and Evan that began in “Running Back to You”.
Juliette Fletcher thought she had it all – a strikingly handsome man who adores her, a new business venture with her best friends by her side, and a dream house right on the beach. But appearances can be deceiving and everything comes at a cost.
Evan McGuire has just survived a vicious attack that almost ended his professional football career. He’s on the mends now, trying to piece his life back together again, and build a life with Juliette.
But Evan’s erratic behavior has Juliette worried. She must figure out how to save her struggling restaurant, her fragile friendships, and her now unhealthy relationship with the man she loves. Juliette and Evan find that they’ve placed their trust in the wrong people and the price they pay for that mistake may ultimately cost them everything.
Running Home to You is the second book in the Running Series.  The third book, Running Away with You will be released on July 4, 2014.

Purchase Running Back to You or any book from the Running Series from:
Amazon | Barnes & Noble | Smashwords

Suzanne Sweeney is a graduate of Georgian Court University where she studied Elementary Education and Sociology. For some time now, she has been sharing her love of literature with the young minds who sit before her in class each and every day. After years of teaching the art of writing, Suzanne has finally taken her own advice and put pen to paper in order to produce her debut novel, Running Back to You. She writes what she lives, residing in the community she loves, Point Pleasant, with her family who provide a constant source of inspiration and support.

Suzanne will be awarding a $25 Visa Gift Card to a randomly drawn commenter during her Running Series Blog Tour.  BE SURE TO LEAVE YOUR EMAIL ADDRESS WITH YOUR COMMENT.  You can find all of Suzanne’s tour stops here.