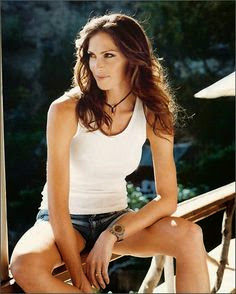 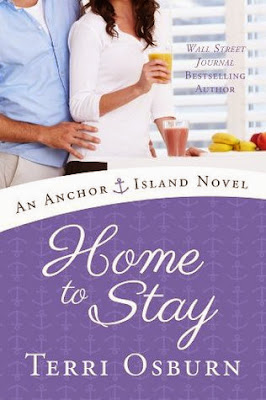 Willow Parsons’s two new best friends are getting married, putting her squarely on the sidelines of romance—which suits her just fine. After the nightmarish situation she escaped from, featuring the ultimate Mr. Wrong, she is more than happy to spend her days slinging drinks in Dempsey’s Bar & Grill, and her nights alone. But her Anchor Island refuge has just one catch: muscle-bound charmer Randy Navarro.
Everyone in town knows that Randy, owner of the local fitness club, is a giant teddy bear. Everyone, it seems, except for Willow. He’s convinced that her avoidance is more than just playing hard to get, and is determined to uncover the secrets that shadow her lovely eyes. But when old fears are dragged into the light, can Randy get Willow to stay and fight for their love…or will she take flight, leaving him and Anchor Island behind?
Home to Stay is a charming, romantic tale about following your heart to find where you belong.

Hi Will.  Thank you for joining me today, I know you’re a very private person.
Thanks for having me. I’m not big on public interviews, but Terri promised this was the place to make an exception.

I  have to thank her for that.  I’ll try to be as nice as possible.  Let’s get started with this little interview, shall we?  Tell me about your childhood.
You get right to it, don’t you?

I figured I might as well just rip the band-aid off right from the start.
Well, my childhood was nomadic, for lack of a better word. Mom moved us around a lot, and there were lots of men in and out of our lives. Responsibility wasn’t Mom’s forte, so I learned early that if something needed to be done, I would have to do it.

Three years ago, your life changed in one of the worst ways imaginable.  Why did you stick to the East Coast, instead of moving out West?
That’s a time I don’t like to think about much, but it brought me to Anchor Island, and that’s something I wouldn’t change. I wanted to blend in to a small community. Newcomers tend to stick out in small towns. But tourist areas are used to transients. People coming and going. That made the coastal towns along the Atlantic coast the perfect place to go if one didn’t want to be found.

In the past three years, you’ve moved around a lot.  What was it that made you decide it was time to pack up and move on to another place?
Most of the time it was an itch. A feeling on the back of my neck telling me my past was getting close. But I’d never landed anywhere as remote as Anchor Island before. Hopping the ferry to a place where time and progress seemed to be left behind on the mainland felt like a really smart move.

I have to tell you, I HATE the whole saying of “things happen for a reason”.  I think that was mentioned somewhere in your book, Home To Stay.  But in your case, you went through something horrible and eventually ended up in Anchor Island.  Please tell me about the island and what you love about it?
For starters, the remoteness of it, as I just mentioned. But mostly the realness of it. No malls. No fast food restaurants. You can find a McDonalds in China, but not on Anchor Island. I love that. But eventually, it was the people. My childhood experience meant I never really had a family. No siblings or cousins around. No aunts or uncles. On Anchor, I found a family.

You have two best friends there, Beth Chandler Dempsey and Sid “Don’t F. with Me” Navarro.  I know why I love these two ladies, but why do you?
With Beth, you can’t not like her. She’s so sweet (when she isn’t pregnant) and genuine. There’s no pretense or personal agenda. As for Sid, she grows on you when you aren’t paying attention. She’ll make you laugh, usually without even trying. And she’s real. Again, no pretense, but she has this huge heart that makes you want to hug her. Not that she’d let you, and if she knew I said this stuff she’d deck me, but it’s true. There’s a mushy center hidden deep beneath that hard outer shell.

Tell me about Randy Navarro.  When you first met him, you were afraid of him.  I picture him as looking like Dwayne “The Rock” Johnson.
That is exactly what he looks like, except Randy has hair, thank goodness. Lots of thick, dark, wavy hair. Sigh. Where was I? Right. Randy is a gentleman, a giant dork, and sexy as hell. He’s forgiving and generous and makes me want to be a better person while at the same time, he makes me feel as if I’m perfect just the way I am. Every girl deserves her own Randy (but this one is taken--hands off, ladies.)

Randy really is a sweet guy.  Have you been back to Myrtle Beach to see Miss Johnny?
I have not, but I did send her a note after things settled down. Now we’re like pen pals. I’ve convinced her to come up for a visit. I have a feeling she and Opal would become instant friends.

See, this interview is completely painless.  What are you up to now?
Thanks for being gentle with me. *smiles* I’m a business woman these days, but I can’t give away too much about that. You’ll get the details in the next book in the series, MORE TO GIVE, which will be out this fall. Terri has sworn me to secrecy, so that’s all I can say.

One more question for you.  Your creator, Terri Osburn is going to have readers returning to Anchor Island.  Do you know what readers can expect?
I do! As I just said, you’ll get details about my new endeavor, and you’ll learn a lot more about the stuffy (and very hot--don’t tell Randy I said that) owner of the Anchor Inn. Sam brings in a woman to help make over his smaller property into a boutique hotel. Needless to say, that woman gives Sam a bit of a makeover as well.

Thank you for agreeing to the interview.
Thank you again for having me!

Purchase Home to Stay from Amazon.  It’s also available in paperback at other retailers. 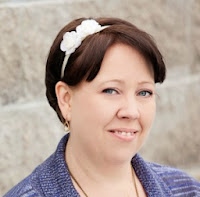 Born in the Ohio Valley, Terri moved below the Mason Dixon line in the early 1990s after experiencing three blizzards in 18 months. Seeking warmer climes and a career in the music business, she landed in Nashville and learned fast getting a job on Music Row is not as easy as it sounds. Ironically, it wasn't until she left Nashville and moved to Arkansas that she found her way into radio. Being a disc jockey was the perfect job for this extrovert, being paid to talk for several hours a day, listen to endless amounts of music, and if a listener changed the channel (rejection!), she had no idea. Looking for a change, Terri moved to the east coast, settled near the ocean, earned her Bachelors Degree while raising a daughter, and joined cubicle land once again. But love of the written word pulled her into an amazing online Romance community and she started putting words on the page. Five years later, in 2012, she was named a finalist in the Romance Writers of America Golden Heart contest. Shortly after she signed with an agent and moved into publication. As for hidden talents, she makes a killer lasagna.