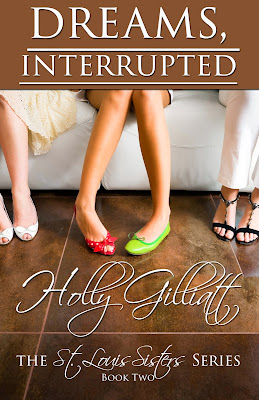 
Maybe having dreams and getting what you wish for is all a load of crap.

It took Karen years to let the walls she’d built up finally start to crumble down. Never one to hope and dream, now she remembered why: it was just setting herself up for disappointment. Although she hadn’t considered herself mother material, after marrying the one man in her life who had never let her down, she actually started to think having a baby was a splendid idea…if only she could get pregnant.

One of her best friends, Jayne, was the poster child for dreams fulfilled with the wonderful family she’d always imagined. Perennially cheerful, Jayne believed in happily-ever-afters, looked for rainbows and Karen figured she could probably conjure a butterfly on demand. But while Jayne plastered a smile on her face, she was drowning in a sea of diapers and domesticity.

Claudia, with support from her friends, had managed the role of single mother after her divorce with her usual grace. Scarred from the breakup she never saw coming, she submersed herself in raising her daughter and was content to stay away from men and the potential for another broken heart. Or was she…?

Dreams, Interrupted is a story of three best friends that ride the often bumpy road of their dreams together—potholes and all.

Add to your TBR shelf on Goodreads!

If you haven't read Book #1 in the St. Louis Sisters Series, ‘Til St. Patrick's Day, you can get it here:
Amazon | Barnes & Noble | Kobo | Turquoise Morning Press

When she’s not busy daydreaming of someday spending her life writing from a cozy house in the woods, Holly Gilliatt has a hectic life in the suburbs as a wife and mom to three glorious—and crazy—kids. Working full-time selling packaging supplies and equipment in St. Louis, Missouri pays the bills (most months). A hopeless romantic and music addict, she finds time to pursue her passion for writing by avoiding housework. Her biggest ambition is to someday be caught up with the laundry.