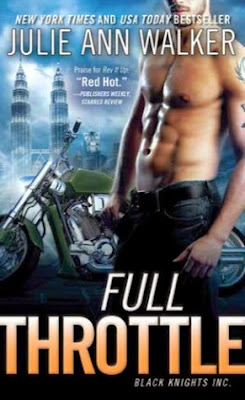 Abby Thompson didn’t sign up to be the daughter of the President of the United States. The position was forced on her by the small matter of her birth. Preferring a quiet life of study, she’s content to leave the politics and the international intrigue to her father. Unfortunately, the most powerful man on the planet is sure to make enemies. When a group of armed thugs takes her hostage half a world away, demanding the U.S. government release prisoners in exchange for her safe return, she fears her father’s policy of “not negotiating with terrorists” means she’ll never see the shores of the Potomac again. Luckily, there’s one glimmer of hope. His name is Carlos Soto. And though she abruptly ended things with him years ago, she knows now he’s the only man who can save her…

Black Knights, Inc. to the Rescue...

Carlos “Steady” Soto has taken part in his fair share of dangerous missions working at the covert government defense firm of Black Knights Inc. But nothing prepared him for the emotional rollercoaster he faces when he’s tasked with rescuing the only woman he ever loved—who also broke his heart. Racing against time and outmaneuvering a group of trained terrorists will take everything he’s got. Plus there’s the heat simmering between them which is threatening to ignite into an inferno. While ruthless enemies stalk them, they must learn to trust each other again. Even if they do make it out alive, will Abby turn her back on him…for the second time?

REVIEW
Full Throttle was definitely a fast-paced, action-packed, and steamy book.  It is rare that I find such a combination in the romantic suspense books that I like to read.  The terrorists were ruthless and the hero was nothing short of Rambo 2014.  Carlos “Steady” Soto was all about getting right in the thick of things and very much willing to give his life for Abigail “Abby” Thompson.  Throw in a secret black ops organization and some X-rated horizontal fun and there isn’t much left to discuss.  You couldn’t ask for much more.

Full Throttle follows Steady and Abby as they try to evade terrorists and the long simmering passion that they have for each other.  Steady and Abby met when his twin sister Rosa became Abby’s pre-med academic advisor.  Abby also just so happened to be the daughter of the future President of the United States.  Consequently, Rosa ends up getting killed as a result of a bombing intended to take the life of Abby and send a message to her father.  Fast forward eight years later and although President Thompson is at the end of his second and final term, he is still dealing with terrorists threatening his daughter.  This time, Steady has abandoned his own aspirations to be a doctor and has spent the past several years as a member of the President’s elite and convert team called Black Knight’s Inc.  They are assigned to protect Abby while she is on a speaking engagement in Kuala Lumpur.  Of course, things get out of hand and Steady is forced to save the day.

Although there was an equal amount of suspense, it’s the action that really shines through.  As they are being chased through the jungle, you have no idea if they are going to make it.  I couldn’t help but keep reading so that I could find out just how many people Steady kills to save Abby.  He was definitely force to reckon with.  And there’s a moment between Steady and Abby in the jungle that will be nothing short of legendary.  Talk about needing to get a room.  I highly recommend this book to anyone that loves some all-out action.

**Copy received courtesy of Sourcebooks for an honest and unbiased opinion.**