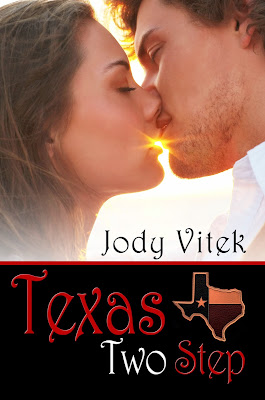 You first met Chad Rogers and Chloe Atwood in Florida Heat, now you get to read their story.


Old family ties broken, childhood pain healed and true love revealed—one step at a time.
One phone call sends Chad Rogers back to the one place he’s been avoiding—home. Being at his mother’s side after she is shot, he faces the younger brother who tormented him during childhood and his ex-lover, Chloe Atwood.
Chloe Atwood is engaged to a family friend. Chad Rogers steps back into her world, spinning it off its axis. She sees him in a new light this time around, leaving her to question if they can have a future together.

Trent slammed the steering wheel with the palm of his hand. “Maggie’s right. You two are screwed up.”
Chad stared out the passenger window while Trent focused on driving. The only sound in the truck cab was Jason Aldean on the radio.
“It’s not like I planned this to happen. It just did. You didn’t help sending me to that penguin party.”
“Penguin party?”
“The engagement party,” he stated using his you-dumbass-you-should-know voice. Sometimes when he heard a woman use that tone, he thought of the Valley Girls in California because they’d throw in a few ‘likes’.
Trent laughed. “Oh, I get you. The tuxes.”
“It’s not your fault. Even if you would’ve been there for the party, I still would’ve seen her at the hospital.” His voice faltered at the memory of seeing his mother at the hospital. “It’s as though fate stepped in, wanting us to reconnect. I’ll stay as long as you need me to. I was hoping I could possibly stay a business partner, at least with Maggie and the riding business. I could handle the finances and manage the website from a distance. I want to remain active if I can.”
“Hell yeah! I don’t have time for taking over for you. Maggie will have her hands full with the baby and the business.”
The relief that escaped his lips as an exhale didn’t last long. “I still need to find a job to support me and Chloe. As much as I’d like to go to work on a ranch, the drive would be too long back and forth. Looks as though business suits are in my future.”
Trent turned his way wearing the biggest grin. “You’ll look purty in a polyester suit.”
“You ass. Thanks. And they don’t make polyester suits anymore. It’s a blend of crap, I think.”
“Wouldn’t that smell?”
“What are you talking about?”
“A suit made with a blend of crap. I would think that would stink to high heaven.”
Chad shook his head at Trent, and they broke into a rage of laughter.

**The word crap was a substituted word.  Trust me, the guys are not saying crap.” 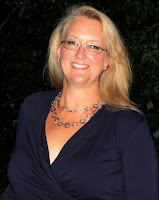 Born and raised in Minnesota, Jody has remained close to home living with her husband of twenty plus years, three children and a cat named Holly. Growing up, she enjoyed reading V.C. Andrews' the Dollanganger series, starting with Flowers in the Attic, S.E. Hinton, and Stephen King to name a few. Today her tastes run across the board in fiction and non-fiction, in all genres.
She has traveled throughout the United States, to the Bahamas and Cancun, Mexico. Between watching her son’s soccer games, maintaining one of the many scrapbook albums, gardening and being the COO of the Vitek household, she writes contemporary romances.