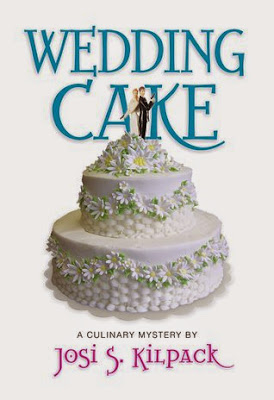 “Didn’t I tell you you’d never be free of me?”
When Sadie Hoffmiller receives a threatening, anonymous text message just days before her wedding, she’s determined not to let it interfere with the celebration she has carefully planned for months. But when the threat changes from a distant fear to a frightening reality, Sadie realizes just how much she’s underestimated the situation. Desperate to put an end to the game she’s been forced to play, Sadie, her fiancé Pete, and her children pull out all the stops—resolved to stop running and see justice done.


What they don’t know, however, is just how far Sadie’s nemesis is willing to go and just how many people may be hurt in the process. There’s no turning back for anyone in this riveting conclusion to the twelve-volume series, and the question becomes whether or not Sadie will have a future left when the game finally comes to an end.

REVIEW
The wedding dress is hanging in the closet, the cake has been ordered, the venue is set and guest are starting to arrive for the wedding of former teacher, Sadie Hofmiller and retired police detective, Pete Cunningham.  All that’s left to do are little small details.

Sadie is attempting to enjoy a nice quiet evening of tying up loose wedding details, when she receives a text message from someone she doesn’t know. What starts out as being something seemingly minor, turns into a game of cat and mouse, with the final course being death.

What’s a wedding without a reunion of current and past characters?  That’s exactly what happens in the twelfth and final installment of Josi S. Kilpack’s Culinary Mystery Series.  This book brings back characters from past books and mentions past storylines, so if you’re concerned about spoilers, you might want to wait to read this book until after you’ve read the rest of the series.  I only started reading the series with Baked Alaska, which was the ninth book in the series.  I did have a small issue with understanding the depth of some character interactions, but it really wasn’t a big deal for me.

Wedding Cake pits Sadie and her family up against someone from their past. Every step of this game being played has Sadie and her family on the losing end of things.  Just when you think things can not get worse, they do.  As with all or most of Sadie’s mystery adventures, she finds herself at odds with the police. This time not only is Sadie’s life at risk, but the lives of her family and friends. One of the reasons I love Sadie so much is because she’s kind and loving.  She’s a nurturer through and through.  Unfortunately, these qualities are the same qualities which could cost her her life.

Having read Baked Alaska, Rocky Road, and Fortune Cookie, Wedding Cake is by far my favorite book.  I loved the climatic end to the story and the Epilogue proved a wonderful end to this series.

**Received a copy from the Shadow Mountain in exchange for an honest unbiased review.**