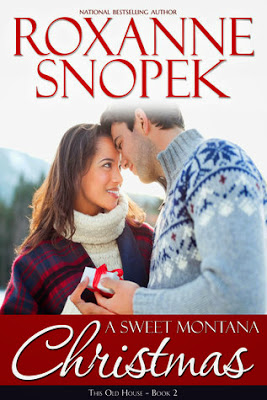 
Melinda Sweet loved her husband before she learned of his wealth and she loves him still, despite the fact that it’s gone. Unfortunately, while she knows the collapse of his Chicago financial services business had nothing to do with him, he believes otherwise. His upbeat adjustment to their new – and temporary – life on his grandfather’s rundown honey farm is a foil to cover the burden of failure. She wasn’t expecting to throw – in five weeks – the traditional Sweet Christmas Open House, but it’s a good earning opportunity and how hard could it be?

Austin Sweet is determined to make his wife proud of him again. But he also wants to erase the sting of shame he feels from his parents, to whom he owes a debt of gratitude for arranging for this caretaking job. Getting paid to fix up this disaster is better than living in their basement, sure. But what does he know about bees? Or fixing broken plumbing? Or cleaning a chimney?

But when Austin’s grandfather gives him the farm as a Christmas gift, there’s only one response. Accepting the gift will secure a future that will make his wife even more unhappy than he already is. Refusing the gift will finalize the rift between him and his family, but he’d rather lose them than Melinda. Then he discovers she’s spared him the choice. Austin’s not-so-Sweet side rears up as he determines that he’s done trying to make everyone happy. He’ll get his wife back, no matter what. And they’ll decide their future together.

REVIEW
Roxanne Snopek is one of those authors that if I ever got to meet would just leave me speechless.  So yeah, I’m a fan.  It pains me to say that I’m not a big fan of her This Old House Series.

The characters in the series just don’t make me want to gravitate towards them. I had an even harder time wanting to read A Sweet Montana Christmas, because the heroine and I just weren’t getting along.  In my first attempt at reading this book, I seriously struggled to get through the first 68%.

After spending weeks away from the book, I came back to it and made a realization about it.  These characters are realer than real.  They have true problems that you can see in society at large.  Their lives aren’t roses and fairy tales, things are a struggle for them.

A Sweet Montana Christmas is about two people, Melanie and Austin Sweet who have allowed the day to day rat race of keeping up with the Joneses destroy their lives and their marriage.  This is a story of life knocking you down, you taking time to gather yourself, and then coming out from under the tidal wave you’ve been under.

The one thing that is abundantly clear with this story is that throughout their ups and downs, throughout their separation that Austin and Melanie never gave up on or lost the love they had for one and other.  And it’s that love that helped them come back together and see themselves and life in a whole new way.