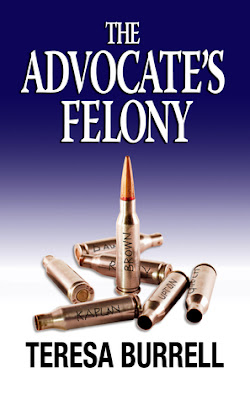 
Sabre Brown’s phone rings at 2 a.m. It’s her brother Ron. After seven years in the Witness Protection Program, someone has discovered his whereabouts, and has tried to kill him. He’s called to warn Sabre that she is in imminent danger.

Sabre and her private investigator, J.P., leave sunny San Diego to search for her brother in the cold, wintry Northwest. They soon discover that the six felons who Ron testified against, have been released, and are being murdered one by one. Ron is the number one suspect.

As Sabre and JP continue to seek Ron’s whereabouts, they have to determine if someone is trying to kill Sabre’s brother or protect him. Or is the unthinkable happening: Has Sabre’s beloved brother, Ron, changed and is he now seeking vengeance? And if so, why?

Sabre and JP race to stop the bullet meant for Ron, stop her brother from firing the next shot, or stop whoever is behind the slaughter. And, before it’s all over, Sabre discovers there may be a bullet with her name on it too.

REVIEW
The Advocate’s Felony is the book I've been waiting for!!  Seriously, I’ve waited three years for this book.  I strongly suggest reading the first book, The Advocate; as characters and events are connect.  But honestly, Teresa Burrell has somehow managed to write all the books as standalones.

Ron Brown has been in Witness Protection for going on seven years.  He isn’t supposed to have any type of communication with anyone from his previous life.  So when he calls his little sister Sabre in the middle of the night, you know things are really bad.  Someone has broken into Ron’s house and he fears it’s one of the men he sent to prison.  Ron’s going to go underground but he wants Sabre and their mom to go as well.

It turns out bodies of the crime family Ron helped send away are turning up in all the places he’s lived.  It’s looking like Ron is trying to clear his own path to return to his previous life. At least, that’s what the police think.  Sabre just can’t sit back and allow her brother to be hunted down and railroaded for crimes she knows he didn’t commit. She once again enlists the help of her Private Investigator, J.P. Torn to find Ron and clear his name.

At every turn, Ron’s life is put in danger and when Sabre and J.P. join him, their lives are in danger as well.  Just when the trio think they are safe, they're going to have think again.  Past characters assist in trying to figure out what’s truly going on with Ron.  As with all of Teresa’s books, The Advocate's Felony has twists and turns that leave you guessing and not wanting to put the book down.

I'm excited that this is the FIRST book where Sabre didn't willingly and knowingly put herself in danger.  Fingers are crossed that she's learning.  I’m also excited about finally having a possible romance between her and J.P.  Now that Ron is a free man, I’m looking forward to seeing what happens with him in the future.

The Advocate Series:
(Click on the book covers for more information or to purchase from Amazon.)