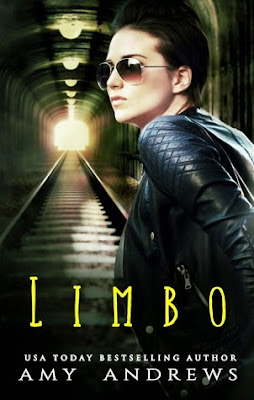 
Six Feet Under meets Stephanie Plum in Amy Andrews’ fresh, funny, sexy urban-family noir about a country singer who almost made it, a private investigator who’s seen too much and a mother who will cross all barriers to save her child.

When ex hillbilly-punk rocker turned cadaver make-up artist Joy Valentine is visited by the ghost of a high-profile murder victim begging for Joy’s help to find her kidnapped baby girl, Joy knows from experience the cops are going to think she’s crazy.  So she takes it to the one guy she knows who won’t.

The last thing disgraced ex-cop turned private investigator Dash Dent expected is a woman from his past turning up to complicate his present with a nutty, woo-woo story. The problem is he knows Joy is telling the truth and he can’t ignore the compelling plight of baby Isabella whose disappearance six months prior transfixed the nation.

REVIEW
I’ve read a couple of books from Amy Andrews before and I have loved all of them.  Of course when asked to read Limbo, I thought okay, why not.  It’s different from Amy’s previous books.  I just didn’t know how different.

I’m not even sure how to classify Limbo.  There’s romance, a lot of it.  There’s mystery and a ghost that starts the whole book off.  What appealed to me was a ghost asking a cadaver make-up artist to find her missing daughter.  I think going in, I was expecting there to be this over the top comic vibe about the book.  Yes, there are definitely some over the top things happening, but not as over the top as they could have been.  I’m sure this was the author’s attempt at lightening the seriousness of the story up.

What I loved about Limbo was the mystery aspect.  After being missing for six months, the body of Hailey Richardson turns up.  With her dead, police assume her now one-year-old daughter Isabella is dead as well.  But, while preparing Hailey for her funeral, cadaver makeup artist Joy Valentine gets a visit from Hailey’s ghost, pleading with her to find her daughter.  Hailey leaves very few clues, but Joy knows that she has to help this woman out.  With no one else to turn to, Joy seeks out former cop now P.I., Dash Dent.  After they take their information to police, they are essentially dismissed.  Knowing that they are baby Isabella’s only hope at being found, the two set off to do just that.

I also loved the characters.  They all have more depth to them than what you first see. Joy is a goth girl with pink hair who was raised in a funeral home and has a singing voice that could bring a person to joyful tears.  Dash is a single father and former cop who happens to live next door to a brothel.  Eve is the brothel owner who is insightful and helps to take care of Dash’s daughter.  You have an unorthodox priest in Stan who has no problem with AC/DC being played in church.

I’m happy this is a series, because I want to continue to get to be apart of these characters lives.  I’m looking forward to seeing what happens next for everyone.

**Received a copy from Escape Publishing in exchange for an honest unbiased opinion.**