An Interview with Suanne Laqueur 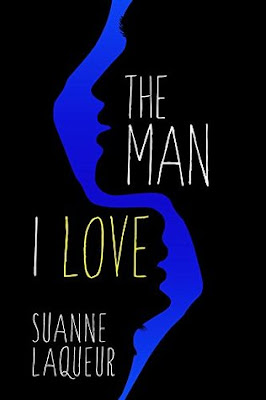 
As a college freshman, Erik Fiskare is drawn to the world of theater but prefers backstage to center stage. The moment he lays eyes on a beautiful, accomplished dancer named Daisy Bianco, his atoms rearrange themselves and he is drawn into a romance both youthfully passionate and maturely soulful. Their love story thrives within a tight-knit circle of friends, all bound by creativity and artistry. A newcomer arrives--a brilliant but erratic dancer with an unquenchable thirst for connection. And when this disturbed friend brings a gun into the theater, the story is forever changed. Daisy is shot and left seriously injured. And Erik finds himself alone in the aisle, looking down the muzzle of a pistol and trying to stop the madness. He succeeds, but with tremendous repercussions to his well-being and that of his loved ones.

Traumatized by the experience, the lovers spiral into depression and drug use until a shocking act of betrayal destroys their relationship. To survive, Erik must leave school and disconnect from all he loves. He buries his heartbreak and puts the past behind. Or so he believes.

As he moves into adulthood, Erik comes to grips with his role in the shooting, and slowly heals the most wounded parts of his soul. But the unresolved grief for Daisy continues to shape his dreams at night. Once those dreams were haunted by blood and gunfire. Now they are haunted by the refrain of a Gershwin song and a single question: is leaving always the end of loving?

Spanning 15 years, The Man I Love explores themes of love and sexuality, trauma—physical and mental—and its long-lasting effects, the burden of unfinished business and the power of reconciliation. Through Erik’s experience we reflect on what it means to be a man, a son and a leader. A soul mate, a partner and a lover. What it means to live the truth of who you are and what you feel. What it means to fight for what you love.

Purchase The Man I Love from:
Amazon | Barnes & Noble | Kobo | Add to Goodreads 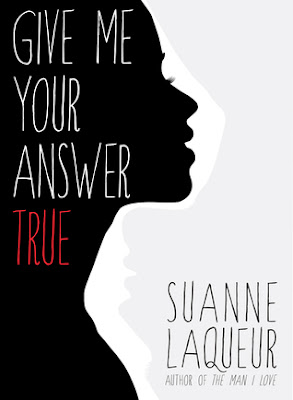 It’s been three years since a single lapse of judgment cost Daisy the love of her life. Erik was a conduit to her soul but now he’s chosen a path of total disconnection, refusing to speak to her or acknowledge her betrayal. Alone and shattered, Daisy attempts to take responsibility for her actions while building her career as a professional dancer in New York City. But Erik’s unforgiving estrangement proves too much for her strength. Plagued by flashbacks to the Lancaster shootings, she falls into a dangerous spiral of self-harm, cutting into her own skin as a means to atone. Only the timely appearance of an old friend, John “Opie” Quillis, saves her from self-destruction and gives her a chance to love again.

Laqueur skillfully weaves flashbacks to the college years with Daisy’s present life. Supported by John’s patient affection, she works to separate her evolution as an adult from the unresolved guilt and grief of her youth. As her professional accomplishments lift her out of depression, Daisy learns to hold onto her accountability without letting it become her identity. Years pass and she builds a beautiful life filled with dance and friends. Lovers come and eventually go, leaving her on her own with the old thought: Come back to me.

In this parallel narrative, Laqueur peels open the beloved characters fromThe Man I Love to reveal new and complex layers of vulnerability. The scars from the shooting are deep and pervasive within this circle of friends. Like Daisy, they are trying to evolve without being fully resolved. But when questions from the past go unheeded, you alone must find and give your answers true.

Purchase Give Me Your Answer True from:
Amazon | Coming to BN | Kobo | Add to Goodreads

Hi Suzanne.  Thank you for taking the time to join me today.
Thanks so much for having me!

You currently have two book out.  The Man I Love and Give Me Your Answer True.  Could you please tell me about the books?
The Man I Love follows a boy named Erik Fiskare over the span of fifteen years, as he tries to salvage relationships destroyed in the wake of a college shooting. He is now bitterly estranged from his girlfriend, a dancer named Daisy Bianco, and yet his love for her was never resolved and it shapes the man he becomes. The book follows his evolution into adulthood and his decision to finally face the past.

Give Me Your Answer True inverts the narrative of The Man I Love. It follows the same span of years, but now entirely from Daisy’s point of view, and we learn about her experience.

How did you come up with the ideas for the books?
The Man I Love was twenty years in the making—I started writing those characters when I was in college and in a sense, they’ve grown up with me. I just wrote little scenes and vignettes for them, meeting in college and then reconciling later in adulthood, but I had nothing in the middle. The story arc didn’t come to me until 2013.  I didn’t want to write about a shooting incident. Rather I wanted to show what that kind of violence does to people and their relationships.

After I published, I was set to write a sequel, but then Daisy kept tapping me on the shoulder and wanting me to write certain scenes from the book from her perspective. I realized for all her importance to Erik, we didn’t know her all that well. And I needed to know her if I was going to keep writing about her.

I think the title for The Man I Love is self explanatory.  How did you come up with the title Give Me Your Answer True?
Actually, The Man I Love can be interpreted all kinds of way. It means Erik, obviously. But it’s also the name of a song by George Gershwin, and a ballet Daisy dances to in the book. It can also pertain to the men Erik himself loves – his friends, teachers, mentors and even his lost father.

Give Me Your Answer True is a lyric from the song “Daisy Bell”: Daisy, Daisy, give me your answer, do. Except Daisy hears the lyric wrong and thinks it’s true. The book takes all the unanswered questions readers had for her at the end of The Man I Love and lets her respond. And also that she needs answers desperately from Erik, but he’s gone. So she has to go get her own truths.

We've talked about me thinking The Man I Love was a little too "real life".  What challenges did you face in writing the books?
The shooting scene and its aftermath was extremely challenging. In fact I didn’t even have it in the first draft. It was alluded to and talked about and flashbacked to…but it didn’t exist as concrete, narrative action. The shooter himself was a vague entity with no backstory. It was a completely random and senseless event because I wanted the focus to be on the main characters’ experience. My editor finally said, “You know, you have to write this part.”

It took me about six weeks to pin James Dow down, and to get inside his mind and figure out who he was and what could have driven him to an unthinkable act. I also had to consult with police, doctors and psychiatrists to get a lot of the details right. It’s funny, but that section of the book went from the thing I dreaded most, to the thing I was most proud of in the end.

How much of yourself do you see in your characters?
All of my selves are in all of those characters. Like Daisy, I shy way from drama toward stillness. Like Erik, I often like being behind-the-scenes rather than in the spotlight. I mother people the way Lucky does. And there’s even a bit of Will’s wild side in me.

What have your characters taught you?
That leaving isn’t the end of loving. That you have to live the truth of who you are and what you feel.

Thank you again Suanne.  It was a pleasure chatting with you.  Is there anything I left out or anything you would like to add?
Remember: not everything has to be a thing.

Suanne Laqueur graduated from Alfred University with a double major in dance and theater. She taught at the Carol Bierman School of Ballet Arts in Croton-on-Hudson for ten years. An avid reader, cook and gardener, she started her blog www.eatsreadsthinks in 2010, and now writes at www.suannelaqueur.com. Suanne lives in Westchester County, New York with her husband and two children. The Man I Love is her first novel, to be followed by Give Me Your Answer True in June 2015.