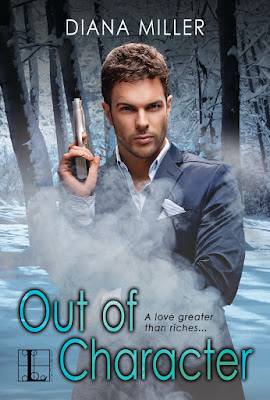 Stepping out of your comfort zone can be hazardous…
Denver, Colorado, ER doctor Jillian Rodgers has never done an impulsive thing in her life. But all that changes when she meets the man of her dreams on a ski vacation. Within twenty-four hours, they’ve spent a passionate night together and Jillian is convinced she’s halfway in love. After all, she figures the worst that can happen is she’ll go home with a broken heart…
But the man pretending to be an ordinary guy is far from it. In fact, he shouldn’t get anywhere near Jillian. Yet there’s something about her he can’t resist—and she’s perfect for his cover. Besides, he’s sure he isn’t endangering her.
Unfortunately, they’re both wrong.
When someone uses their chairlift for target practice, Jillian ends up wounded—and her dream man promptly disappears. Within days, her car explodes. Just when things can’t get any worse, she’s kidnapped at gunpoint. Soon Jillian’s running for her life and forced to depend on the man who deserted her, a man who claims he’s trying to protect her but whose story has more holes than a gauze bandage. A man Jillian once thought she loved, but now isn’t sure she should even trust.

The moon and stars sparkled in the crystal cold, illuminating shadowy peaks, onyx sky, and an occasional fat snowflake. In the lamplight below their chairlift, two silhouettes traversed glowing Styrofoam snow. Jillian half-expected to see an ice palace and snow queen. “Admit it, it’s beautiful.”
“Beautiful.” Mark kissed her, his lips warm despite the chilly air.
“Be careful. You might fall out.”
His teeth flashed in the twilight. “Then I could find out how good a doctor you are.”
“I’m damn good.”
He kissed her again, longer this time. “Can’t argue with that.”
“I was referring to my medical skills.” She took a deep breath, inhaling air that seemed to purify her lungs. “I love this. Thanks for agreeing to do it.”
* * * *
Mark nodded. He was glad she was enjoying it. But after two more runs, three tops, they were heading back to his place. He didn’t have much more time with her, and he didn’t intend to waste—
A bullet struck their chair.
“Damn it. Get down.” Mark pressed Jillian forward with her head between her knees. He covered her head with his chest as a second bullet hit his ski boot.
“What is it?” She sounded confused, scared.
“I think someone’s shooting at us.” Adrenaline sharpened his senses. He scanned the hillside, but couldn’t see anyone. From the direction of the bullets, the sniper was hidden in the thick pines that lined both sides of the slope. Shooting back would be futile, even if he’d dared stop shielding Jillian long enough to pull out his gun.
She cried out, jerked under him, and dropped her poles.
Mark’s gut clenched. “Are you all right?”
“It hit my shoulder, but I don’t think it’s bad,” she said shakily. “Why is this happening?”
A shot whizzed past his ear. Nearly a bulls-eye. 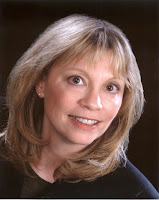 When she was eight, Diana decided she wanted to be Nancy Drew. But no matter how many garbage cans she dug through, conversations she “accidentally” overheard, and attics she searched, she never found a single mysterious letter, hidden staircase, or anything else even remotely mysterious or suspenseful. She worked as a lawyer, a soda jerk, a stay-at-home mom, a hospital admitting clerk, and a conference host for events ranging from Lutheran music to the International BB Gun competition. She spent long hours volunteering in a nineteenth century mansion allegedly full of secrets and a few ghosts. Still no luck.
Diana ultimately decided the only way she was going to inject any mystery or suspense into her otherwise satisfying life was by writing about it. Her debut novel, Dangerous Affairs, won a Golden Heart Award from the Romance Writers of America, and she’s received five Golden Heart nominations, including one for Out of Character.
Diana lives in the Twin Cities with her family and an energetic Wheaten terrier.