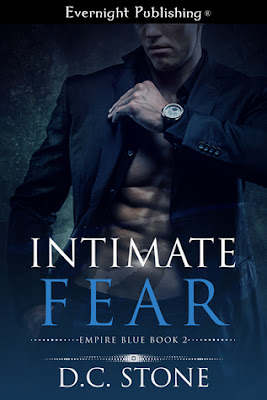 On the heels of a crime spree in the small town of Nyack, a new threat has arrived…

Dwayne Gonzalez has always had a thing for the beautiful Brooke Mason, but she married another man, had his child, and started her life without him. Now, years and a divorce later, he’s still on the sidelines, yet in Brooke’s and her daughter, Hailey’s life, but not in the way he wants.
A drug investigation brings Dwayne on the front step of Brooke’s life. With his attention distracted, Hailey is kidnapped and engulfed in a human trafficking ring. Dwayne marches in and toes the line between the right side of the law, and in it, pursues his heart’s desire.

Worried about Hailey, exhausted to the bone, and slightly swaying, Brooke clung to Dwayne, took strength from this solid, very real protector. She would have to be dead not to notice his firm body beneath her fingertips, the hardness of his chest pressed to her breasts, and the wicked, clean scent drifting from his skin. While they were no longer hugging, but more her clinging to him, she didn’t want to turn away, couldn’t find the power to do so. How easy would it have been to end up with this man? She’d caught the looks he had given her before. But that had all been in the past, a separate life for them both.

She had become a mother, someone who dedicated her entire being to making sure her daughter was well-rounded, cared for, and knowingly loved. Not only that, but she wasn’t a young pup any longer, and from the few women she’d seen Dwayne with, his type seemed to have a list of traits all very similar: young, perky breasts, tight asses, single, and free of major responsibilities.

His hand tightened on her back and she held her breath, waiting to see if he would push her away.

She needed him, this close contact with another being. It had been so damn long.

Hailey refused to slow down to cuddle on the couch as she had once done as a young girl. Her daughter had her own life now, one currently held in peril, but Brooke had faith they would find her. They had to. Failure wasn’t an option.

Dwayne trailed his hand up her back and pressed a palm to her head, his other arm tightening around her waist. She went with the direction, pressed her face into his warm neck, and breathed. His skin emitted heat rivaling the summer’s sun. She grasped the back of his suit jacket, wishing she could be closer. He shifted their bodies, and her aggravation spun to something else. His lips brushed her temple, and moist air fanned across the side of her face. He hovered there. So close, all she had to do was turn her face and take his mouth. She knew he would let her, too.

So near to him, starved for human contact, she wanted to get lost for a while. She trailed her nose along his neck, took another deep breath, and pressed closer.

He grumbled something unintelligible, the sound coming from his chest more than his mouth. His hand at her waist laid flat on the small of her back and urged her closer still.

The situation was moving fast out of control. Tendrils unraveled, but she was helpless to stop it. This strong male held her as if she were a treasure. He had the power and ability to make her forget everything, to make all the stresses and danger go away.

His hand slipped beneath the back of her shirt and made direct contact with her skin. They both hissed and his breath pushed her hair from her face. His cruel yet sensual mouth continued to drift in a teasing caress across her temple. She turned her head, like molasses on a cold day, up and toward him. Her lips tingled in anticipation, waiting for his kiss. She brushed her mouth across the line of his jaw, a hairsbreadth from his skin.

His heart thudded against hers, a matching hammer between their bodies, telling her he was just as affected. The hand at the back of her head tightened. She trailed the caress over his cheek; his lips were right there, centimeters away.

The rest of their surroundings faded. She didn’t know if it was because of this man drawing her absolute attention, or because of her exhaustion.

She touched the side of her mouth to his and thought she’d be prepared for the rush of desire.

She was so wrong.

His name is Dwayne Gonzalez, and he’s a Nyack Police Department Detective. 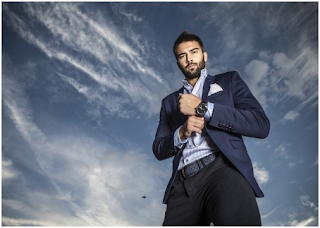 When I created Dwayne, I wanted someone a bit different from the others in the series, seeing as eventually I was going to have seven books, all with different couples. Dwayne stood out to me right from the beginning, even though his book wasn’t first. He chooses what he wants, and doesn’t care about anything else. He dresses impeccably, has a fun sense of humor, and approaches life with the same style.

BB (Before Brooke), Dwayne was known for all of this, and for being the town’s playboy. He has an aura that many just can’t turn away from, and combined with his serious moments, one you can’t ignore.

Despite his past, Dwayne is well on his way to building a strong and loving future. He just needs to get through this last challenge…

Some favorites for Dwayne:
Color: Metallic Blue
Number: 8
Football Team: New York Giants
Baseball Team: New York Yankees
Quote: “Tell a lie once makes all your truths questionable.”
Food: Anything Italian
If he hadn’t been a cop, he would have been:  a teacher
Chocolate or vanilla: Vanilla….that is, if we’re talking food.
*Photo Inspiration for Dwayne. (All pictures have been purchased for use by author.)*

The Empire Blue Series:
(Click on the book cover for more information or to purchase from Amazon.) 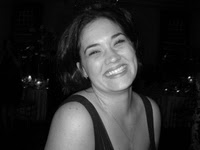 D.C. “Desi” Stone is a best-selling romance author and full-time fraud investigator. She lives in the northeast with her incredibly supporting husband, two kids, and the ever-growing family of cats.
After serving eight years of service with the United States Air Force, she went on to transition into the world of financial crimes and became a lead investigator for many years.
Reading has always been a passion of hers, getting lost in a good, steamy romance is one of her favorite past times. She soon after discovered her own love for writing and recreating stories and characters in her head. Her writing concentrates on romantic with specifics in paranormal, suspense, and erotica.
Now, when she isn’t trying to solve a new puzzle in the world of fraud, she is engulfed with coffee, her laptop, and all those crazy characters in her head. She is a member of the Romance Writers of America, Hudson Valley Romance Writers, New Jersey Romance Writers, RomVets, RWA Kiss of Death, and the Liberty State Fiction Writers. She served as the 2014 NJRW Vice President and Conference Chair. Come stop by on Facebook, Twitter, or her website and say hello!