Review ~ ALL I NEED IS YOU by Wendy S. Marcus 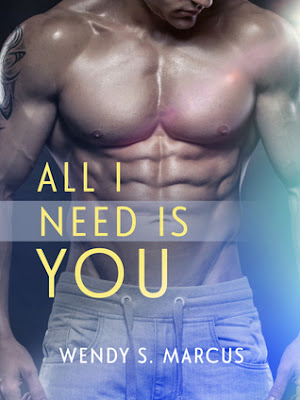 Perfect for fans of Kristan Higgins and Robyn Carr, this sexy yet sweet military romance reunites a headstrong dancer and a rugged army soldier after one steamy encounter tears them apart.


As a dancer who creates mesmerizing visions onstage, Neve James is looking for the same kind of stability in her love life. Her pen pal, Rory McRoy, is on leave from deployment in Afghanistan, so she heads to Boston to surprise him. After corresponding for months as part of a “Support Our Troops” initiative—and exchanging dozens of “Read When You’re Alone” letters—Neve knows what Rory likes, and she intends to fulfill his every fantasy. But all they get are a few blissful moments together before they’re interrupted by a woman claiming to be Rory’s fiancée.

Rory has fallen hard for Neve’s letters. When he finally meets her in person, he has to have her, right then and there—until Neve takes off in a fit of anger. Forced to return to Afghanistan before he can fix things between them, Rory waits four agonizing months to prove that he’s not the man Neve thinks he is. But by the time he arrives in New York, she’s already made up her mind. Luckily, Rory never backs down from a challenge, and he’s prepared to put everything on the line for love.

REVIEW
In All I Need Is You, Wendy S. Marcus has once again written an emotional story with likeable characters, who fight for the chance to become the people they want to be and for the love they ultimately want.

Ever since I read the first book in the Loving You Series, Loving You Is Easy, I’ve been patiently waiting on the story of Rory and Neve.  I knew going in something was really up between these two.  I just had no idea how their story would play out.  If you haven’t read Loving You Is Easy, don’t worry.  Rory and Neve stand on their own.  As I’ve mentioned, All I Need Is You is emotional, but it’s also steamy (without being XXX rated) and for me, it did not disappoint.  In fact, it was more than I expected it to be.

Rory McRoy, a twenty-three-year-old Boston Southie is on his final tour of duty in Afghanistan.  Six weeks into a year long stent, he becomes pen pals with Neve James. Neve is a twenty-four-year-old gymnastics instructor/adagio performer.  Their letters and emails are hot and fantasy filled.

Rory isn't what you usually look for or dream about in a romance book hero, at least not physically.  But if you get over yourself and truly look at who he is on the inside (which is what love is all about) he's amazing.  Rory is a really good guy who would do anything to protect Neve and make her happy.  Make no mistake, I’m a fan of Rory and I have been since I first heard about him.  However, for me, All I Need Is You is all about Neve.

Neve was very surprising, to say the least.  I knew she was a “fun” girl.  I just didn't realize how much she liked to party or the reasons behind her destructive ways.  And when I say destructive, that’s probably an understatement.

Sometimes you have to lose it all to rediscover who you are.  Rory and Neve fell for each other through letters and online communication.  When things for these two go south, it's the back to basics approach that reconnects them.  While this is a happy ever after story, it does contain a situation that has the potential to turn dark.  Wendy handled the situation perfectly, to show the person Neve use to be, versus the person she’s trying to become.

There are a couple of secondary characters in this book that I’m hoping to have stories written about.  Thus, I have my fingers crossed.

**Received a copy from Random House - Loveswept in exchange for an honest unbiased review.**

Purchase All I Need Is You from:
Amazon | Barnes & Noble | iTunes | Kobo | Goodreads

The Loving You Series:
(Click on the book covers for more information and/or to purchase from Amazon.)

Loving You Is Easy ~ Review