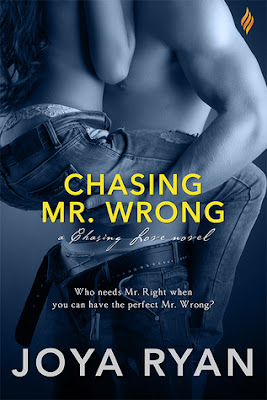 Who needs Mr. Right when you can have the perfect Mr. Wrong?


Ryder Diamond-the town's golden boy-doesn't have time for taking chances, let alone love. Against his better judgment, he lets his buddies set him up on a blind date with a girl who's only passing through town. But temporary or not, Whitney James sets fire to desires he can't control.

Before they know it, Ryder and Whitney are in a supply closet, drowning in lust. She's only in town for the summer-what better way to spend it than in the arms of Mr. Perfect? Except, she's wild and free, and he's Mr. Stability. Which means he may as well be Mr. Wrong.

And her new job? It's with Ryder's sister.

Sex and the inability to keep their hands off each other are the only things they have in common. But this little hook-up has "disaster" written all over it...and the only way Ryder can save his reputation is by avoiding the sweet little firecracker who could ruin it all.
REVIEW
Ryder Diamond is a man who is determined to keep his name and family legacy in the good graces of the people of Diamond, Kansas.  He carries the burden of his name on his shoulders and his public persona doesn’t allow him to show who he truly is.  After falling into what he thought was love impulsively, he sets up boundaries now.  He has to always be in control and this, unbeknownst to him, is suffocating who he really is. Whitney James is a nomad.  She travels from place to place, looking for adventure and embracing life.  After being crushed by the death of her sister, Whitney doesn’t like to get close to people or stick around for too long.

Ryder is one of those characters I couldn’t wait to read about.  When he first step onto the pages of Chasing Trouble, the first book in the Chasing Love series, I knew he was my type of hero.  Ryder has manners galore, he’s hardworking, he has a sense of family, and has an amazing set of friends.  I honestly thought his heroine would have been Lily McCade, his friend Colt’s younger sister.  However, discovering Ryder’s secret, I can understand why Whitney is/was the woman for him.

Whitney doesn’t conform to the little box Ryder wants to keep her in.  The two first meet when Ryder mistakes her for someone else and thinks she’s only in town for one night.  With Whitney, Ryder allows himself to be carefree, fun, and a little wild.  All the things Whitney is.  In addition to her carefree, wild side, Whitney is caring and unbeknownst to her, longs for the friendship and family she lost.

Together, Ryder and Whitney are combustible. Whenever they are together at least privately, they can’t keep their hands off each other and clothes on.  Even in public, their eyes are undressing each other.  Whitney challenges Ryder to let his wild fun side free, which because of Ryder’s past scares him.

I love the romance of Chasing Mr. Wrong.  I love the way Whitney and Ryder try to fight their attraction to each other.  But with all the books in the Chasing Love series, what I love most is the friendship between the main and secondary characters.  The series is based on a group of friends from childhood, who know each other extremely well and are always there to shell out advice, whether or not the advice is solicited.

Now, Lily McCade is the only remaining unattached character.  I really hope she gets a book.  I would love for her to have a happy ending for herself and her son, Alex.