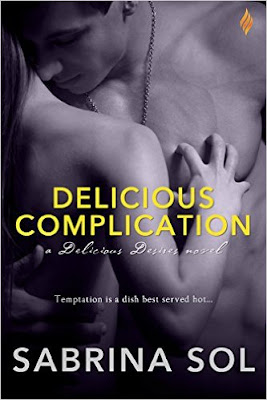 Temptation is a dish best served hot...
Event planner Daisy Robles can't remember a time when celebrity restaurateur-and celebrated playboy-Brandon Montoya didn't make her nuts. His infuriating arrogance, his hotness...his undeniable sexual energy. One night and whole lot of expensive tequila later, Daisy's self-control is AWOL. And Brandon's making her crazy in all the right ways.
When their tequila-fueled make-out session hits the tabloids, Brandon is furious. At least until he realizes his "relationship" with Daisy is his chance to get his ill mother to Los Angeles for treatment. All he has to do is convince Daisy to be his pretend fiancée for two weeks...

REVIEW
If I could be a character in a book, I would want to be Daisy Robles.  I know, total shocker, considering in the previous book, Delicious Temptation, I didn't like her.  I didn't like Daisy so much that I was a little upset when I learned she was going to be Brandon Montoya's heroine.  Honestly, saying I didn’t like Daisy is probably an understatement.  I might have sent Sabrina Sol a message screaming that she was making a terrible mistake.  But Sabrina told me I would like her and I really do.

In Delicious Temptation, Daisy rubbed me the wrong way. I don’t remember specifically, what it was about her, I just know I didn’t like her.  It could have been the way she came off initially as being flighty when it came to jobs.  It could have been how I thought she was a party girl drifting around from relationship to relationship.  Or, it could have been the way she appeared to be witchy when she was only trying to watch out for her cousin Amara.  Whatever my issue with Daisy was, I can honestly say I was wrong about her.  Daisy is truly a caring person who would do anything for her family and friends.  She has abandonment issues due to her shallow mother leaving her when she was seven.  But her father means the world to her.  Career wise, she just wants to do something she’s passionate about and not just get a paycheck.

Delicious Complication already had me because I was already crazy about Brandon Montoya.  He's totally my kind of hero.  He isn't as much of a dirty talker as other Brazen heroes but he has a strong sense of family.  He would do anything for them and his friends.  He works like crazy to take care of his mother and employees.  He’s delusional about not needing a woman in his life.  However, his playboy ways have groomed him perfectly to know how to wine and dine and please a woman.  Brandon is a famous restaurateur of one of LA’s most popular restaurants.  The tabloids love him and women flock to him.

While having drinks in a hotel bar, Brandon comes to Daisy’s aide when her ex and his fiancée (Daisy’s cousin) approach her.  Brandon pretends to be Daisy’s boyfriend to make the exchange a little less painful for Daisy.  Later, after a drunken tequila fueled make out session is photographed and sold to the press, the two are rumored to be married.  This rumor goes all the way from Los Angeles to Puerto Rico to Brandon’s mother.  Mrs. Montoya insists on flying out to meet her new daughter-in-law.  Brandon convinces Daisy to play the role of his loving fiancée to get his mother to come and get the treatments she needs.  In exchange, Brandon will introduce Daisy to a certain celebrity, with the hopes of planning their wedding and increasing the exposure of her event planning business.

Their charade requires them to spend a lot of time together.  A newly engaged, loving couple must after all, hold hands and kiss from time to time.  Of course, their no contact arrangement goes out the window when their attraction becomes too much.  It doesn’t help that their charade has to be extended longer than originally planned.

I loved Brandon and Daisy together.  Initially they had what appeared to be a love/hate relationship, but that was hiding their attraction to each other.  They have smoking hot chemistry inside and outside of the bedroom.  The two actually become friends and truly care about each other.  With the help of their families, they realize that a little complication is no big deal at all.

Delicious Complication is a standalone read.  However, I’m happy to say my issue with Delicious Temptation ending in a happy for now ending gets resolved.  While I’m massively in love with Delicious Complication, it has a different feel from its predecessor.  Delicious Temptation was all about Mexican American stereotypes and culture.  I found that refreshing and a nice change from the books I usually read. Outside of mentioning tres leches cupcakes, asopao, and some Spanish words or phrases, there wasn’t much of a different cultural feel to the story.

I seriously, seriously loved this book!  Brandon and Daisy’s journey towards love was beautiful.  I loved that Sabrina didn’t take the easy way out by making the story predictable in the way I thought she would go.  If I could dream up a romance and make it real, Delicious Complication would be in my top five.  Did I mention I would love to be Daisy?  Now...Brandon has a twin sister name Alexa and a friend name Dante, I think they should definitely be a couple.  I can totally see sparks flying between these two.

Have a look at this excerpt & interview from Delicious Complication. 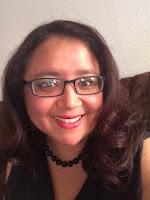