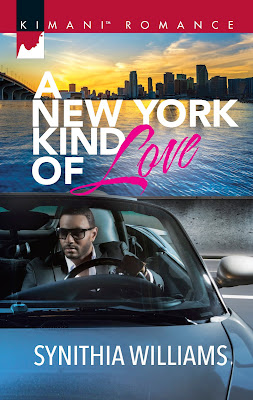 Bright lights, big passion…
Winning an all-expenses-paid weekend in New York with Hollywood's sexiest heartthrob makes Faith Logan the envy of women everywhere. This small-town nurse has too many responsibilities, including caring for her aging parents, to be interested in fame or status. But as the sensual celebrity escorts her to exclusive Manhattan nightclubs and glitzy movie premieres, Faith is falling fast for the genuine, charismatic man behind the slick media image.
More used to fanatics and groupies, Irvin Freeman is surprised and intrigued by Faith's down-to-earth personality. One impulsive kiss turns their private flirtation into public news. But paparazzi and crazed admirers are making her doubt their potential as a couple. Will the pressures of fame cause their love to fade before he can convince her they've found their own real-life happy ending?

“Is this your first vacation since going home?”
She nodded. “It is. I still can’t believe that I won. I only signed up because my friend insisted and because the proceeds benefitted alcohol awareness. I saw so many patients come into the hospital who were suffering from alcohol abuse. Still, I never expected to win the contest.”
“So the possibility of a date with me had nothing to do with you entering?”
She sipped her champagne and gave him a shy look from the corner of her eye. “I will admit the fantasy of it all did have some appeal.”
He raised his brows and chuckled. “Some appeal. Wow.”
“Oh, come on. What do you want me to say?” she asked with a laugh. “That I stayed up every night praying that I’d be chosen?”
“Not quite that, but surely you were somewhat excited.”
“See, that’s the problem.” She pointed a finger at him, but her brown eyes flashed with humor. “You’re used to women throwing themselves at you. This weekend will be good for you.”
“How so?”
“You need a few days with a woman who isn’t trying to get something out of you. I’m more excited about seeing the city, going to a movie premiere and trying on clothes I wouldn’t be caught dead in back home than in seducing the movie star.”
He placed his arm on the back of her chair, making sure to let his hand brush across her shoulders, and moved closer to her. Her eyes widened and her full lips parted with a quick breath before she looked away and finished the rest of the champagne in her glass. She might talk a big game, but Faith was attracted to him as well.
“That’s the third time you’ve said that. Who are you trying to convince?”
“You. I know what you’re up to, sliding close to me and giving me the sexy voice and eyes routine.”
“You think my voice is sexy?” he asked, lowering his voice an octave.
She shook her head and laughed. “Don’t go all Barry White on me.”
“I’d like to go all Irvin Freeman on you,” he said in his regular voice. Though he tried to keep the tone light, some of his seriousness came through.
Her smile faltered, and he saw by the warming of her eyes and the catch of her breath that she heard it.
“Is that what you do with your leading ladies?”
Her soft, sweet drawl slid in beneath his skin and heated his insides. It had gotten thicker with her question. How thick would it get if he were deep inside her?
“What I do with my leading ladies is acting. I’m not acting right now. What I’m thinking and feeling is all real.”
She shifted in her seat. “I don’t believe you.”
“Then believe this.”
He lowered his head and pressed his lips against hers, with enough firmness to let her know he was serious, but lightly enough for her to pull away if she didn’t want the kiss. Her body shook, and her lips parted with a gasp. He wasn’t a man to pass up an opportunity, and he took the chance to deepen the kiss.
He’d never believed in electricity or sparks igniting when a man kissed a woman, but something he’d never felt before happened as he kissed her. His skin tingled, the blood rushed through his veins, his senses heightened to everything around them. The sweet scent of her perfume, the softness of her lips, the way she tasted of champagne, all seemed amplified. And like a man who’d gotten a taste of something he really liked, he dove in for more.

Faith Logan (heroine) on falling in love and what it’s like to date a celebrity like Irvin Freeman (hero).


I never win anything. The lottery, the grand prize during a conference, not even a free lunch for dropping my business card into the glass bowl at a restaurant. So when I got the call that I’d won a weekend in New York with Irvin Freeman, I knew it was a mistake, or a joke.


I actually won, and I had a great time. What’s really incredible is that we fell in love. I mean, that type of stuff doesn’t happen. Or isn’t supposed to happen. I couldn’t believe that the man labeled as one of the sexiest men alive, who spends his days shooting love scenes with beautiful actresses could really fall for me. Faith Logan, small town nurse and all around non Hollywood woman.


I still have to pinch myself sometimes. Loving Irvin, and him loving me, has changed my life so much. My parent’s adore him. He’s even been amazingly great with my sister, and Lord knows she’s a challenge to the family. Yet, loving a movie star has its challenges. Not enough to make me leave, but still, I don’t think I’ll ever get used to having the paparazzi following me to the grocery store. They all want to know the same thing. How did an average, every day woman snare the heart of one of Hollywood’s biggest stars. People want to know what magic trick I pulled out of my hat.


The fact is, there is no trick. We just worked out.


The moment I saw him it took everything in me not to melt into a quivering pool of estrogen at his feet. I was not going to be just another one night stand for him. I even hoped he’d turn out to be a jerk so I wouldn’t fall for his charms. Except there isn’t a jerk bone in Irvin’s body. He showed me New York, opened up to me about his family, and revealed the caring guy behind the Hollywood shine. I fell in love in forty-eight hours. I still can’t believe that.


While his fans can be overzealous, I’ll have to tell you about the crazy woman in a hotel in Canada, for the most part they keep their distance, and Irvin has done everything he can to keep our relationship out of the public spotlight. Our lives will never be normal, but I’d wouldn’t give up what we have for normal.

Synithia Williams has enjoyed romance novels since she was 13 years old, so it’s no surprise that she began writing her own. When she isn’t reading or writing, she’s working on water quality in the Midlands of South Carolina. She lives with her husband, Eric, and two boys.

a Rafflecopter giveaway Follow
Posted by Kim at 3:28 AM