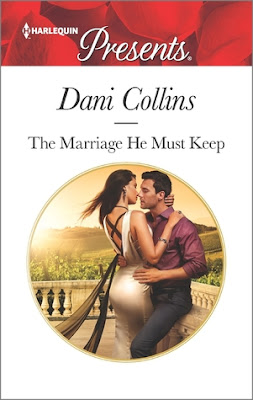 Claiming his heir
When Alessandro Ferrante dutifully married shy heiress Octavia, it was a pleasant surprise to discover that his convenient bride was as sweetly sensual as she was beautiful. But when their newborn baby is swapped at the hospital, their fragile marriage reaches crisis point.
…and his wife!
With her baby safely back in her arms, the revelation that Alessandro's family was involved leaves Octavia wanting nothing more to do with him. But Alessandro won't take no for an answer…after all, in the bedroom she always said yes! He will seduce his wife again and ensure Octavia—and his child—are his forever! 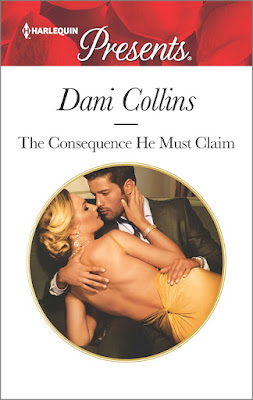 Her boss…
Sorcha Kelly fell head over heels for her impossibly irresistible boss years ago. When she discovered he was dutifully engaged, she had to leave to protect her heart. However, her resignation broke the seal on the dangerous chemistry that always simmered between them, and that evening it consumed them both.
His baby!
After surviving a violent car crash, Cesar Montero lost the memories of the ardent hours he shared with his effortlessly seductive PA. So when Cesar discovers that their time together resulted in a lasting consequence, he's determined to claim his child and relive the white-hot night he can no longer recall…again and again!

Dani Collins on writing THE WRONG HEIRS, a Baby Swap Duet
You’re probably wondering, “What now? A baby swap? Where on earth did that idea come from?”
Well, I was taking my daily walk over a year ago, trying to work out my next proposal for Harlequin Presents. I had recently read an article about Sam and Anais of Twinsters, twins who had been separated at birth and discovered each other at twenty-five.
When brainstorming, I often take something real, like Twinsters, and try to find the opposite, to give it a fresh spin. So, the opposite of twins is two babies born to separate parents and the opposite of not knowing you have a sibling is... not knowing you have the wrong baby?
Actually, the mothers know right away that they’re holding the wrong baby. Getting anyone to believe them is another story!
I immediately knew the first book would have to explain the swap. In this day and age, hospital protocols don’t easily fail so I knew I’d need a villain. I love those dark Italian conspiracy type stories so I soon had an evil, jealous cousin making trouble for Octavia and Sandro. The working title of this book became Italian Conspiracy.
It’s also a Marriage Of Convenience story and the baby swap quickly reveals the cracks in Octavia’s marriage. Here is a snippet showing those fractures:
BOOK ONE: THE MARRIAGE HE MUST KEEP
Harlequin Presents, Jan 2016
(Available now, in print at your favorite bookstore or ebook on all major platforms)

“You want me to pretend we’re happily married,” she confirmed. “Despite all that’s happened.” She was crushing Lorenzo’s soft new jacket into a ball against her diaphragm.

“I’m not trying to downplay what he’s done, but we have to move past it. We can’t let it impact our marriage.”

A million responses tore through her mind, but the one that came out was an incredulous, “What marriage?”

“We’re not talking about Primo, are we?” he said grimly, expression shuttering. “You think I was dishonest about my reasons for marrying you.” He folded his arms. “You’re turning this into something bigger than it is, cara. Why I married you doesn’t matter. We are married and we’re going to stay that way.”

This was the man she’d caught glimpses of when he spoke with other powerful men, like her father. When she had stood beside him at company events and seen minions leap to do his bidding before he’d finished stating what he wanted. No one said no to him, but she had to. Had to.

“Of course it doesn’t matter to you,” she corrected, blinking and trying to ignore that her eyes were stinging, hoping the low light hid how wet they were growing. “Because I mean nothing to you. I realize that now, thank you, although I admit it was a bit of a shock. I mean, I knew my father didn’t care which Ferrante took me so long as one of you did—he’s never had my best interests at heart—but I thought you, at least, had been more discerning. I thought you decided that night that you liked me, but no.” It hurt so much to face that. Her voice scraped all the way up her breastbone, abrading her throat. “I didn’t go into our marriage expecting love, Alessandro.”

She had to flick her gaze away. The yearning had been there, no matter how self-deluded the wish had been. The death of that hope twisted her lungs in her chest, filling her voice with the wretchedness that gripped her.

“But I expected you to care. Not a lot, but enough to keep me from dying in childbirth on the floor of our bedroom—” It wasn’t even theirs anymore. It was hers.

Her throat seized and her eyes burned. She made herself fold the tiny jacket with trembling hands, refusing to look at him as she pushed her shattered expectations into an armored vault.

“Octavia.” His voice sounded like she felt. Shocked and shredded and tight. Strong hands took her shoulders in a warm grasp as he turned her into him. “I didn’t know.”

“You didn’t want to know,” she charged, knocking his hands away and stepping back. “You certainly never showed up to ask. He told me—” She didn’t want to say it aloud, didn’t want to know if it was true, but she had to face it if it was. “He said you were having affairs. Were you? Is that what happened? Are you in love with someone else?”

The look on his face created a kind of barometric pressure that couldn’t be heard or seen, only felt, making the air go dense around her. Pulsing and thick.
“No,” he said with understated thunder.

~ * ~
What of the second book, though? How would I deliver the same impact after thoroughly covering the shock of the baby swap in the first book. Hmm. The opposite of a deliberate evil act would be… complete innocence? A lack of awareness that a conception had even taken place?
I was so excited when I came up with Cesar having lost his memory of making love to Sorcha. I quietly labeled the second book Spanish Amnesia and couldn’t wait to write the scene where he receives the call from the hospital. Here’s a snippet:
BOOK TWO – The Consequence He Must Claim
Harlequin Presents, Feb 2016
(Available now on Amazon. Pre-order on all other major online platforms)

“Are you telling me you want me to provide a sample for a paternity test?” he asked in disbelief.

“Please don’t mistake me. We have no reason to doubt Sorcha Kelly’s identification of you as the father. The issue is whether she is the mother of the baby she is currently nursing. As you can imagine, we’re anxious to have this cleared up.”

He couldn’t speak. It took him a long moment to realize he wasn’t thinking any thoughts. His mind was completely blank.

Was he still feeling the effects of the concussion? No. This was the sort of thing no one in the world could make sense of.

Finally he drew a long ragged breath. “I can clear up my side of things very quickly,” he said, his voice flat and sharp. “I would remember if—” He cut himself off. Swore aloud as his condition struck him like a sledgehammer. Again.

There was no feeling like opening a door where a memory was stored and finding only an empty shelf. It was beyond frustrating. It was like being robbed and if there was one thing he hated above anything, it was a thief.

“Mr. Montero?” she prompted in his ear.

Maybe he didn’t remember sleeping with his secretary, but it didn’t mean he hadn’t.

At least his damaged brain was still agile enough to deal logically with the present situation. The only way to determine if he’d fathered a child in the mysterious missing week was to provide a blood sample.

Of course, that flash of logic did nothing to alleviate the fact that his mind was exploding with questions. Sorcha had promised—sworn with as much solemnity as a bride taking her wedding vows—that she would never sleep with him.

He had believed her. It had taken a long time for him to trust her. He didn’t give his trust easily, not since the industrial espionage that had nearly bankrupted his family. She knew enough about that to know he wouldn’t tolerate lies of any sort.

But he had wanted to sleep with her.

So had she broken her promise and slept with him? Or would this test prove she had identified the wrong man as the father of her child? Perhaps she’d left Spain because she was pregnant and for some reason didn’t want to tell the real father.

That worried him on a different level. She was a truthful person. A lie like that would only be motivated by a need to protect herself or her family. Had she been attacked or something? Was that why she’d fled?

And what was this crazy story about switching infants? This entire situation was something from a telenovela. None of it made sense, but he could begin to restore order very swiftly.

“Of course,” he managed to say. “Where do I have the results sent?”

Canadian Dani Collins is an award-winning, USA Today Bestselling author of twenty-five sexy, witty, vibrant romances written for Harlequin Presents, Tule’s Montana Born and herself. Dani is married to her high school sweetheart, has two mostly-grown children (one of each) and doesn’t have any hobbies. She’s too busy writing.
Receive a free eBook by joining Dani’s newsletter or visit her here to stay current on all her news.
Places to find Dani Collins:
Website | Facebook | Twitter | Goodreads

Intrigued? I’d love to send one signed copy of each of these books to two lucky commenters (one book to one commenter, one book to a second commenter, anywhere in the world.) Just comment with the title you’re most hoping to win.
Also, I have some fun postcards for this duet that I am happy to sign and mail. Just email me off my website here (http://danicollins.com/contact/ ) with your postal address. I’ll mail the postcard right away.

Okay, to make this easy and NOT have to leave your email address for everyone in the world to see, I have a Rafflecopter widget for you.  Comment below in the comments section, following Dani's instructions, and then in the Rafflecopter just leave the name you commented under. Good luck!