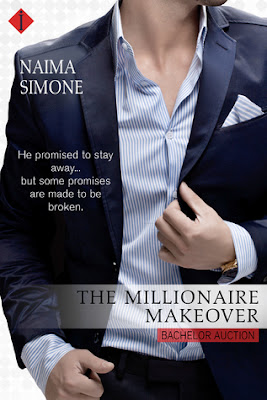 Plain-Jane computer programmer Khloe Richardson needs a date—one to make the prince of her dreams jealous. Maybe then he'll finally see her as a desirable swan and not the ugly duckling in the second office from the left.

But when she bids on a bachelor at a charity auction, the man she wins is millionaire Niall Hunter—who once made intense, passionate love to her and then left without a word. She's determined not to let her guard down again—among other things—around the infamous Irish lothario.

Niall never imagined his penance for one hot-as-hell night with his best friend’s little sister would be transforming her from a shy wallflower to a sultry siren. Helping her attract another man is torture...especially when he promised his friend he’d stay away. Plus, she wants forever, and he's not a forever kind of guy. But Niall can't stop wanting her. Can't stop touching her. Can't stop, period. And damn if he can remember why he has to...
REVIEW
Oh my gosh!!!  I am officially on the Naima Simone bandwagon.  Why I haven’t hopped on board before, I have no idea..

The Millionaire Makeover is more than your usual best friend/sibling trope.  The story has a bit of sadness and loss to it.  However, it’s the loss that makes this story all the more sweeter in the end.

Off the bat, Niall Hunter and Khloe Richardson are two characters you can’t help but like.  Niall is an Irish record company CEO and owner.  He’s a millionaire playboy who changes women as often as he changes socks.  His past has lead him to believe he isn’t the forever kind of guy.  Khloe is a pleaser.  She’s a computer programmer for a Boston company.  For whatever reason, she likes to hide herself.  She views herself as a plain-Jane.  The two have been friends for years, having met when Niall became friends with Khloe’s brother Michael.

Khloe has forever written all over her.  She desperately wants to attract the attention and affection of the COO of the company she works for.  Her best friend, Morgan, convinces her the way to get the COO’s attention is through another man.  Together the two attend a bachelor auction where as fate would have it, they bid on and win a date with Niall.  In order to keep a promise to his best friend, Niall agrees to help Khloe attract the man of her dreams.  The type of man she deserves.

Naima has brought humor and heat to an emotional story.  What transpires is a tale of love, loss, redemption, forgiveness, and above all else learning yourself worth.

The Millionaire Makeover is the second book in the Bachelor Auction series.  It is completely a standalone read.  While I’m definitely going to go back and read the first book, Beauty and the Bachelor, I’m hoping Khloe’s friend Morgan gets her own story. Morgan is a force of nature and the friend every woman should have.  Plus, I would love to see the man who can manage to tame her.

The Bachelor Auction Series:
(Clicking on the book covers will take you to Amazon.) 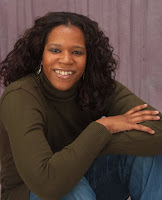 Naima's love of romance was first stirred by Johanna Lindsey and Linda Howard many years ago. Though her first attempt at writing a romance novel at 11 never saw the light of day, her love of romance and writing has endured. Now, she spends her time creating stories of unique men and women who experience the dizzying heights of passion and the tender heat of love. She is the wife to Superman - or his non-Kryptonian, less bulletproof equivalent - and mother to the most awesome kids ever. They all live in perfect, domestically-challenged bliss in the southern United States.