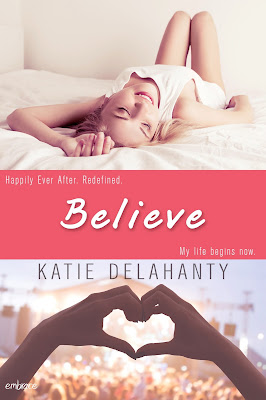 My name is Amanda Conrad and I. Am. A doctor.

When my cousin Liv whisked me away to South Africa to be maid of honor in her super-secret celebrity wedding, I was about to begin a five-year residency at NYU and was on my way to becoming a plastic surgeon. My plans definitely did not include a rock-star best man sweeping me off my feet.

But what happened in South Africa needed to stay there—he’d return to his touring and I’d start my residency, with our fond memories of a whirlwind, fairy-tale week. But now nothing feels right—I’m questioning my once solid plans, and I can’t stop thinking about him. Our lives are so different… Am I ready to risk everything I’ve worked for since I was thirteen—and put my heart on the line? To dream bigger than I ever thought possible? To believe I can have it all? That’s the thing about growing up...sometimes you have to be brave enough to redefine happily ever after.

“Nothing like facing death to make you appreciate life,” he says, tucking a blanket around my shoulders and drawing me to his side.

“Thank you for looking out for us. I’m glad we had you and your stately sword standing guard.” I wave the stick I’m still carrying.

He laughs, and I feel him shift next to me. Suddenly his face is close enough to mine that I can see his eyes sparkling in the dark.

“I wouldn’t have let anything happen to you, you know. I would have saved you first.” His voice is rough, surprisingly serious, and his fingers tickle the back of my neck, making my insides tighten. He doesn’t give me time to respond—or to think. Caught in the gravity of his gaze, I’m vaguely aware of his hands cupping my jaw, and then he presses his lips to mine and all my nerve endings explode in a blinding white light. Urging my mouth open, he plunges deeper, and it is as if the earth tilts, forcing me to slide against him, pinning us together as one. I forget where we are or who may be looking; not that they could see us in the dark anyway. All I know is him—the pressure of his lips, the strength of his chest against mine—and hot longing pulsates deep inside me.

The Land Rover lurches forward, yanking us apart and wedging the cold wind between us. Shocked by the abrupt interruption, I fumble for him in the night as we pick up speed, once again sailing over the plains.

“I’m sorry.” His voice arrives on the wind, barely audible over the whir of the tires. Finding me, he once again wraps me in his warmth, holding my back to his chest and resting his chin on top of my head. “I couldn’t help myself.”

I can feel his heart pounding through our shirts, and mine matches his pace. Overwhelmed with a sense of connectedness, oneness both with him and the earth, I twist to look up at him, admiring the outline of his jaw silhouetted against the starry sky. “Don’t be sorry. I’m not.”

My words evaporate on the breeze, but he squeezes me in response, sending a hot thrill down my spine, and I settle back, unable to get close enough to him. Basking in the security of his arms as we bob and dip over the terrain, I wish I could bottle the fizzy joy bubbling in my veins that is making me believe I’m limitless, that we are invincible.

Hi Katie.  Welcome to Read Your Writes Book Reviews.  How are you?
I'm great, thanks for asking!

Tough question first.  What elements do you think are important to make a romance story great?
I wish I knew the answer--I'm still learning! But some things I've learned in writing three novels is:

A. Establish what the characters want right away and get right to the action. Keep the pages turning!

B. Have some external force that creates tension--it can't all be in their heads.

D. And finally, my personal preference is keep them from getting together too quickly. I like a long build up to the first kiss or the "I love you".

When you wrote In Bloom, did you have a idea of where you wanted the series to go?
When I wrote IN BLOOM I had no idea it would even be a series! I wrote it as a serial blog in an attempt to save my job at the lingerie company I (still) work for. It never occurred to me it would be a book, let alone a series. It wasn't until I met my agent that I considered the possibility of branching out to make it a series.

Believe continues your Brightside series.  Is this a standalone read or do you need to read the first two books in the series?
BELIEVE can standalone. IN BLOOM and BLUSHING are Olivia & Berkeley's story--they should be read in order, but BELIEVE is Boots & Mark's story--readers can start there if they like!

What surprised you about Amanda and her hero's story? (Who is her hero?)
Amanda's (her nickname is Boots) hero is Mark, who is the bass player for Berkeley & the Brightside, but is also front man in a side project called Coconut Teaszer. Amanda has just graduated from medical school and is about to start residency at NYU--they are both focused on "making it" in their careers and I knew I wanted to explore the definition of "making it". They both are side-kicks/best friends to these larger than life celebrities (Berkeley & Liv) and I wanted to prove that success is not always won on a big stage. Sometimes it's small stages that lead to quality of life and happiness, that are home. What surprised me was how long it took to make that come to life on the page! I spent several months researching what medical school/residency is like. and several months writing the first draft. I finished it on 4/14/2015. And then the rewriting began. A year and a half later, here we are!

What do you want/hope readers take away from this story and the series itself?
I always want readers to take away a belief that anything is possible--that fairy tales can come true. I want them to take chances in their own lives, even if it means risking their hearts, to follow their dreams. To borrow from THE ALCHEMIST, I hope to inspire readers to go after their own personal legends.

Katie, thank you so much for taking the time to speak with me.  Congratulations on your new release.
Thank you! 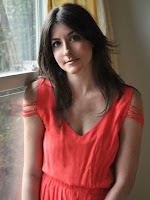 Katie is a fashion designer turned novelist. She graduated with a BA in Communication Studies from UCLA and a Professional Designation in Fashion Design from FIDM. It never occurred to her that she was a writer until an economic crisis induced career shift from lingerie designer to ecommerce webmistress led her to start the company blog. Not being an expert in lingerie, she decided to write the blog as a fictional serial starring a girl named Olivia Bloom who worked for the lingerie line. And that’s when Katie fell in love with storytelling. She hasn’t looked back since. Katie lives in Los Angeles with her husband.