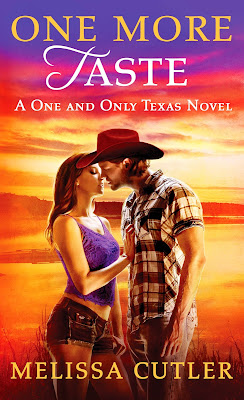 Welcome to Dulcet, Texas, home of the legendary Briscoe Ranch Resort, where one man will discover that revenge is a dish best served sizzling hot…

Ambitious and talented, chef Emily Ford has the chops to make it in the cutthroat culinary world—which is why she refuses to accept her demotion at the hands of Knox Briscoe, the new CEO of Briscoe Ranch Resort. He has grand plans that include bringing in a celebrity chef to helm an exciting new restaurant at the resort, but Emily has plans of her own—to do whatever it takes to change his mind…

Knox Briscoe made his millions in the high-risk game of buying and flipping businesses. Cut out of the Briscoe fortune by an old feud that left his family in ruins, Knox grew up dreaming of revenge. Out-maneuvering his uncle for control of the resort is merely the first step in his plan—a plan that doesn’t include the brazen and beautiful Emily Ford. Drawn into her passion, Knox’s world is turned on its axis, and it isn’t long before he’s faced with the biggest risk of all—with his career, with his heart…and with the woman who has captivated him, body and soul.

Emily Ford has worked at Briscoe Ranch Resort for 10 years.  Over the years, she has risen in the ranks and is now the Special Event Catering Chef.  Her dream is to open her own restaurant at the resort.  That dream is put in jeopardy with the arrival of Knox Briscoe, who has his own set of plans for the resort.  Knox wants to get the resort back in the black and then sell the resort out from under his uncle Ty’s nose, to exact revenge on him and his grandfather for kicking his father out of the family and the family business.

Knox and Emily get off to a messy start when he challenges her ability to run the upscale restaurant he’s envisioning.  The two strike a deal for Emily to cook dinner for him for a month so that he can actually get a feel for her cooking ability.  They’re equally surprised when the romantic magic of Briscoe Ranch strikes them.  Over the course of the book, the two will have a battle of wills and unsuccessfully fight the attraction they feel for each other. In the end, they not only learn to trust and rely on each other, but also fall in love.

I should say that One More Taste is a standalone read.  With that said, I’ve read all the books in this series.  None of them come close to One More Taste.  I loved this book from beginning to end and the characters of Emily and Knox were the best.  There’s a lot going on with this story.  Melissa Cutler has managed to write this incredible story that’s filled with love and humor.  She’s thrown in quite a few surprises, revolving around secrets, betrayal, revenge, and abuse.  Not since her Bomb Squad series has Melissa put so much emotion into a book.

**I received an early copy of this book and have voluntarily reviewed it.**

One and Only Texas Series:
(Clicking on the book covers to be taken to Amazon for more information or to purchase.)


You can read my interview with Melissa here.

Melissa Cutler knows she has the best job in the world writing sexy contemporary romances and romantic suspense. She was struck at an early age by an unrelenting travel bug and is probably planning her next vacation as you read this. When she's not globetrotting, she's enjoying Southern California's flip-flop wearing weather and wrangling two rambunctious kids.