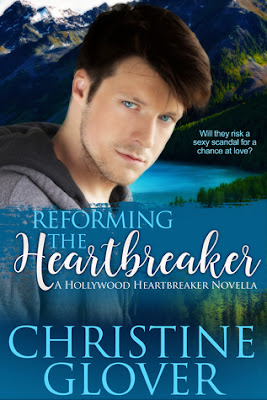 When a scandal threatens mountain bike champion Ryder Bennett’s career, he’s forced to rely on a public relations makeover by a woman who doesn’t want anything to do with him. After all, he’s the man who broke her heart. But Addison Carrington’s willing to salvage his career if the payoff proves that she’s ready to takeover her family’s agency. There’s only one problem—he’s not the jerk she believed he was all those years ago. Nor can she deny the heat flaring between them. Can they keep things strictly professional, or will they risk causing another super sexy scandal for a chance at love?

I’ve always enjoyed watching the Olympics. That’s why I decided to write about an Olympic athlete who was also out of the box. Ryder Bennett is an honorable hero who chooses to protect his best friend over taking the easy way out of his sticky situation. The best part about writing this story was learning how deeply committed Ryder was to his friends and family. And Addison is the perfect woman for him. The relationship between them grows very naturally and they end up exactly where they belong. This happily ever after was truly earned.

Do you watch sports? And do you enjoy the Olympics? Tell me about your favorite sport and I’ll give one lucky commenter a $5 Amazon Gift Card.

Thanks again, Kim, for hosting me during my release. 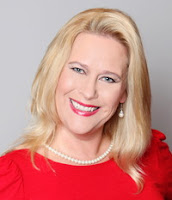 Christine Glover is the author of tantalizing, sensual, emotional contemporary romances. She enjoys finding the silly in the serious, making wine out of sour grapes, and giving people giggle fits along with heartfelt hugs. When she’s not writing, you can find her traveling the world, cooking gourmet food, and desperately seeking a corkscrew.

Christine is offering up a $5 Amazon Gift Card.  To enter, answer her question, in the comments section.  “Do you watch sports? And do you enjoy the Olympics? Tell me about your favorite sport.”   Then fill out the Rafflecopter widget.

a Rafflecopter giveaway Follow
Posted by Kim at 5:27 AM