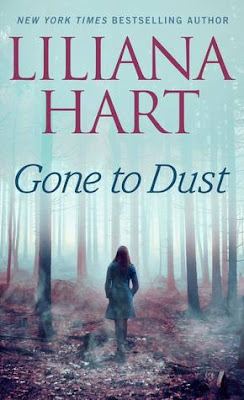 The Gravediggers aren’t exactly what they seem. They’re the most elite of the world’s fighting forces—and all they have in common is that they’ve been betrayed by the countries they’ve died for. Because they are dead. To their country, their military, and their families.

Sometimes the dead do rise....

Miller Darling is one of the most popular romance novelists of her time. Not bad for a woman who doesn’t believe in romance. She’s as logical as they come, and she doesn’t believe in happily-ever-afters. What she does believe in is family, so when her brother disappears, she doesn’t think twice about packing her bag and her laptop and heading out to find him.

Elias Cole lived and breathed the life of a Navy SEAL. Now he’s “dead” and his hero’s honor tarnished. The only thing keeping him sane are the men who are like him—The Gravediggers—and the woman who makes his head spin. He’s never met anyone like Miller Darling. Her smart mouth and quick wit keep him on his toes, and damned if he doesn’t find that appealing.

When Miller receives a package from the brother who abandoned her asking for help, it’s clear she’s in over her head with the mess he’s gotten himself into. She needs a professional, and Elias is just the man for the job. Only her brother is a former SEAL—the man who left his team to die—and Elias is more interested in vengeance than saving his life.

Gone to Dust is the second book in Liliana Hart’s Gravediggers series.  Just like the first one, The Darkest Corner, it was hard to put down.  The characters are fun and witty.  The action is intense but takes a back seat to all of the sexual tension between the main characters of Elias Cole and Miller Darling.  They literally burn up the pages from start to finish.

Gravedigger Elias Cole is a former Navy Seal.  Miller Darling is a successful romance novelist who rarely leaves her house unless it’s to meet up with her best friend Tess who is now married to Gravedigger Deacon.  In order to really understand all of the relationships and the origin of the Gravediggers, you really have to read the first book.  Miller is totally clueless in regards to the existence of the covert organization that is operating out of the only funeral home in Last Stop, Texas.  Lots of things come to light the moment Miller receives a disturbing package from her brother, Justin.  In that package, she learns that her brother has been kidnapped and is missing a finger.  His kidnapping has to do with some ancient artifacts that their parents apparently died looking for.  To add insult to injury, some armed men come after Miller.  That’s when everything that Miller thought she knew to be true changes.  In order to save Miller, the Gravediggers have to reveal themselves and what they are capable of. Being the writer that she is, Miller’s imagination collides with reality in a very funny way. The banter between Miller and Elias is interesting as she tries to understand what’s going on with them and their dilemma.  You can’t help but root for them as they embark on a rescue mission for her brother.

I loved Gone to Dust and could go on and on but I have to give you an opportunity to find out for yourself how great this story is.  It has an Indiana Jones feel to it at some points and at others it’s Mission Impossible.  Either way, if you like some adventure mixed in with your romance, this is the series for you.  I look forward to Say No More.

Liliana Hart is a New York Times, USA Today, and Publishers Weekly bestselling author of more than forty titles, including the Addison Holmes Whiskey and J.J. Graves Mystery series. Since self-publishing in June 2011, Liliana has sold more than four million ebooks. She’s hit the #1 spot on lists all over the world, and all three of her series have appeared on the New York Times bestseller list. Liliana is a sought-after speaker who’s given keynote speeches and self-publishing workshops to standing-room-only crowds from CA to NYC to London.

For the Gravedigger Giveaway, Pocket Books is offering one Read Your Writes Book Reviews winner a review copy of Book 1, The Darkest Corner! Be sure to check out all participating sites on the blog tour for more Gravedigger Giveaways. And note that RT Book Reviews will giveaway three bundles of Book 1 and Book 2, with the drawing to be held Monday, July 10th. Please note, you can only win one giveaway and must have a U.S. address.