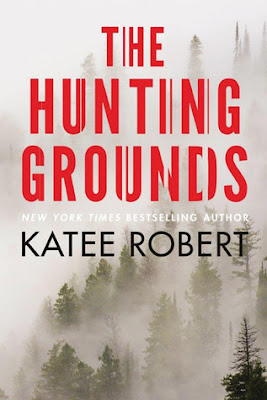 For two FBI agents with a past, love becomes a matter of life and death in the new Hidden Sins novel from New York Times and USA Today bestselling author Katee Robert.


Maggie Gaines used to be an FBI agent—top of her class and one of the bright, up-and-coming stars—until she spectacularly fell apart during her first high-profile case. That was eight years ago. Now she’s a ranger at Glacier National Park, and she’s found some measure of peace. But when the body of a murdered woman is discovered, she must finally put the past behind her and work with the one man she thought she’d never see again.

For months, Vic Sutherland has been hunting a killer who’s been targeting unsuspecting hikers in national parks—and now the predator has come to Glacier. Vic knows the case will bring him face-to-face with his former partner, yet nothing can prepare him for seeing Maggie again after all these years, or for the memories of passion it stirs in both of them.

As the investigation brings them closer together—and closer to the killer—Maggie and Vic fear they have only each other to trust. But even that might not be enough to make it out of Glacier alive.

The Hunting Grounds is the second book in Katee Robert’s The Hidden Sins Series.  I did read the first book and can assure you that this is a standalone read.  As with The Devil’s Daughter, the mystery was difficult to figure out and the situation was rather intense.  I really liked the fact that most of the action took place within Glacier National Park making for some impressive scenery.

While tracking a serial killer through a couple of national parks, FBI Agent Vic Sutherland finds himself working with Park Ranger and former FBI Agent Maggie Gaines.  Seven years ago, a very difficult case ended Maggie’s very short career as an FBI Agent and Vic’s partner. Over that time, Maggie has become a very adept Park Ranger.  Maggie’s world gets turned upside down when she learns that the park is being taken over by a ruthless murderer who is gutting his/her victims and hunting them with a bow and arrow.  To add insult to injury, Maggie is still lusting after Vic long after their last contact with each other all those years ago. In addition, Vic has had those same feelings for Maggie that she is not even aware of.  As fate would have it, they get a chance to work together again and address their feelings in and out of the bedroom.  Somehow, they manage to carry out a comprehensive investigation until the killer puts them both in imminent danger.

Since there are a lot of twists and turns that I don’t want to ruin, I will just say that high school relationships will play a huge roll in everything that happens.  I would call The Hunting Grounds the serial killer version of Beverly Hills 90210.  There are a lot of unlikely suspects and the murders are gruesome in nature.  By the time that I got to the end, I was thrown way off by motive and the big reveal of who the killer really was.  Consequently, I had an issue with the motivation but I did enjoy the book.  The hero and heroine were likeable and I couldn’t argue with the intensity.  I look forward to the next book in the series.

**Received a copy from Montlake Romance and reviewed voluntarily.**