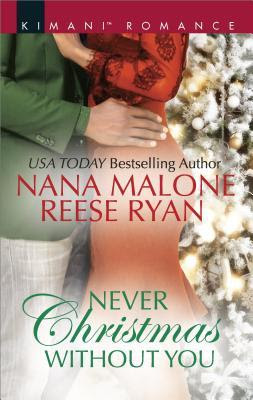 Just for the Holidays by Nana Malone

Justin Morrison would do anything to make his ailing grandmother happy. Even if that means inventing a fake girlfriend to take home for the holidays. His best friend, Alex Winters, reluctantly agrees, but it's not easy to keep her long-buried feelings for Justin under wraps when they're sharing a room…a bed…a kiss. Christmas in Catalina is turning out to be hotter than anyone expected, but is theirs a love for all seasons?

His Holiday Gift by Reese Ryan

Pleasure Cove’s prodigal son just got the ultimate Christmas surprise—Madison—his five-year-old daughter he knew nothing about. Maddie’s aunt, Mikayla Mitchell, was once one of Dash Williams’s best friends…and his secret admirer. Now, seeing the sexy, ambitious lawyer with his little girl, Mikayla’s more smitten than ever. And Dash is starting to realize Mikayla’s the only one who could make his days merry and bright, and fill his nights with bliss…

Hi Reese.  Welcome to Read Your Writes Book Reviews.  How are you?
I’m mostly caught up on deadlines. I just spent a fun weekend with my husband and two grandsons. And Sloane Stephens finally won her first tennis major. So I’m feeling pretty good.

Sounds good.  Tell me about your Pleasure Cove series.
There’s a strong theme of family and the revelation of secrets in this series, which is set in the fictional North Carolina beach town Pleasure Cove. The men of the series live hard and play harder. They take risks in business and pleasure, but not when it comes to their hearts. The women are strong, smart, sexy and independent. They've been hurt and are reluctant to love again.

Tell me about Dash Williams and why is he considered to be the prodigal son of Pleasure Cove?
Dash is the reason you should never give up on a troubled kid. As a teenager, he got a bad reputation in town because he was angry and didn’t always make the best decisions. Eventually, he turned his life around and became a successful lawyer. Still, he’s held a grudge against the town and the people in it. He hasn’t set foot in Pleasure Cove in a decade.

What do you like/love about Mikayla Mitchell?
What I adore most about Mikayla is how much she loves Maddie. I also love that she’s a smart, successful entrepreneur who was the awkward, geeky girl in high school. She still loves all things sci-fi and there a lots of sci-fi references in the story, which was fun.

What’s your favorite part of a romance story to write?
Every story is so different, but I love writing witty, flirtatious banter between a newly acquainted couple. In stories like “His Holiday Gift” where the couple already knows each other, I love those scenes that—when I go back and read them—make me swoon, cry or otherwise get swept up in the character’s emotion.

I don’t know how to explain it, but for me, Christmas romances seem to be more magical and special.  Did you approach writing His Holiday Gift any differently than you did the other books in this series?
I did, but primarily because this story was half the length of the others in the series. I had a lot of story to tell and only 24,000 words in which to tell it. I also approached the story a little differently because Maddie—the child at the center of the story—plays such a pivotal role in the book.

Christmas is my favorite time of year.  You get to make tons of sugar cookies and desserts and no one says anything.  I have this tradition where on Christmas Eve we bake cookies for Santa.  My kids also open one present, which is always pajamas.  Do you and your family have any Christmas traditions and if so, what?
We’re pretty laissez-faire about how and where we spend the holidays and what we’ll eat. And as my hips will testify, we have an all-year sugar cookie and dessert policy at my house. (In my defense, my lemon sugar tea cookies and peach cobbler are pretty darn yummy.)

Lemon sugar tea cookies sound really good.  Thanks for letting me chat with you!
The pleasure was mine! 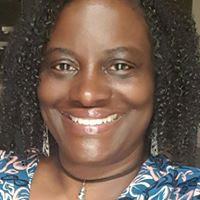 Reese Ryan writes sexy, contemporary romance featuring colorful characters and sinfully sweet romance. She challenges her heroines with family and career drama; reformed bad boys; revealed secrets; and the occasional identity crisis, but always rewards them with a well-earned happy ending.
A native of The Land (Cleveland, OH), Reese resides in North Carolina. She adores brilliant singer/songwriters and has an incurable addiction to musicals and movie soundtracks.