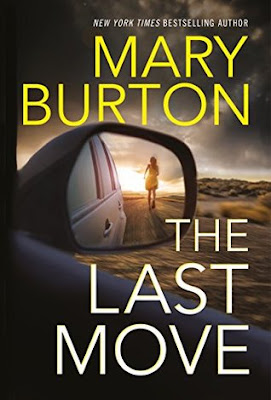 In this gripping stand-alone from bestselling author Mary Burton, an FBI agent must catch a copycat killer. The only difference this time: she’s the final victim.

Catching monsters helps FBI agent Kate Hayden keep her nightmares at bay. Now an urgent call brings her back to San Antonio, the scene of her violent past. A brutal new murder shows hallmarks of a serial killer nicknamed the Samaritan. Tricky part is, Kate already caught him.

Either Kate made a deadly error, or she’s got a copycat on her hands. Paired with homicide detective Theo Mazur, she quickly realizes this murder is more twisted than it first appeared. Then a second body is found, the mode of death identical to a different case that Kate thought she’d put behind her.

Now Kate and Detective Mazur aren’t just working a homicide; the investigative pair is facing a formidable enemy who knows Kate intimately. While Mazur is personally trying to protect Kate, the closer they are drawn to the killer, the clearer it becomes that in this terrifying game, there is only one rule: don’t believe everything you see…

I have read several romantic suspense novels by Mary Burton.  They generally involve a lot of twists and turns.  The Last Move is no different.  Just when you think things can’t get any worse, they do.  The Last Move takes the cake because although some of the things that happen appear to be virtually impossible, they somehow seem believable.

The Last Move is the story of FBI Profiler and Linguist Dr. Kate Hayden.  While she is hot on the trail of one serial killer, Dr. Hayden gets pulled into the hunt for another one that’s in her hometown of San Antonio.  She is paired with a local veteran Homicide Detective named Theo Mazur who just recently transferred from Chicago to be near his teenage daughter. Kate’s past ends up front and center in the investigation and her demons become very real for her and Mazur.  Kate demonstrates her excellent chess skills as she figures out how to bring this sadistic killer to justice.  The bar gets raised very high when it appears that there may be multiple killers on the loose.  Somehow, in the midst of all the drama, Kate and Mazur find a little time to get between the sheets.  They clearly have a connection and it’s electric.

There is so much more to be said about The Last Move, but since it’s a suspense I don’t want to ruin it for anyone.  I will say that Mary Burton has yet to disappoint me.  She always finds a way to deliver a little shock and awe in each suspense novel.  I continue to be a fan of her unpredictable work.  I look forward to the next book.