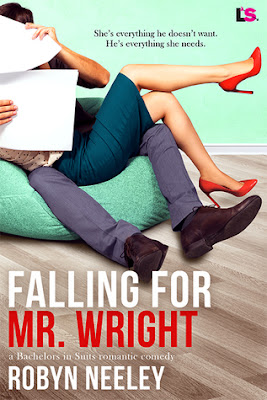 After being dumped two weeks before his wedding, civil engineer Ryan Wright’s not interested in love. Been there, done that, had the wedding deposits to prove it. Still, he can’t help lusting after the fiery redheaded executive assistant who’s stirring up feelings that aren’t exactly appropriate for the office.

Sarah Leonard is determined to make the CEO fall in love with her. To execute her plan, she’s going to need a little help in the form of her lunch buddy, the 6’2” office hottie who just so happens to be their boss’s best friend. Who better to tell Sarah everything she needs to know to win the other man’s heart?

Ryan agrees to help Sarah put her plan in motion, but he has no intention of helping her win anything. In fact, it’s time to show his office crush that he’s the guy she should be falling for…

Hi Robyn.  Welcome to Read Your Writes Book Reviews.
Thanks so much for having me, Kim, and happy holidays! I’m so happy to be on your Read Your Writes blog to tell you a little about Falling for Mr. Wright!

Congratulations on your new release.  What can you tell readers about Falling for Mr. Wright?
When Entangled invited me to write this story, it took me less than a second to say, “Sign me up!” I love this friends to lovers, office holiday romance. First, you’ve got Sarah Leonard, executive assistant at NPH Designs (an eco-architect firm – how cool is that?) who has a bit of tunnel vision when it comes to the guy she thinks she should be with. Then you’ve got Ryan Wright, her office buddy and best friend with the object of her affection. Ryan’s got the hots for her, she thinks she should be with his best friend, but yeah, she can’t deny how cute, sweet, funny, and pretty awesome, Ryan is, too.

And did I mention it’s a holiday romance taking place at Christmas!

I’ve actually read the book and I like it.  Ryan is to die for.  This man is super sweet.  What can you tell readers about him?
LOL. He is pretty sweet, isn’t he? I love Ryan. Not only is he drop dead gorgeous, but he’s sooooo loyal and protective of the people in his life. Sarah (of course), his sister, Bridget, and his best friend, Logan. He’s just a good guy.

Sarah Leonard was an interesting character.  I liked her as well.  But there was this moment or two when I really wanted to jump into the book and shake her, to get her to wake up and see what/who was in front of her. What was her reason for having such tunnel vision?
For Sarah, it was all about her plan, but I also think the plan was her way of hiding behind her growing feelings for Ryan, who constantly reminds her that he doesn’t do relationships. She doesn’t want to get her heart broken, so she sets her sights on Logan who she believes (according to the office gossip) might be ready to settle down.

When it comes to favorite scenes I have a couple.  At the top of the list is the football field scene.  I can’t say why, because I don’t want to ruin the moment. What’s your favorite scene and why?
I love the football field scene, too! Isn’t it cute? I had a lot of fun writing the double date scene between Sarah and Logan and Ryan and his date. There were a couple of touching moments between Sarah and Ryan and then a tipsy Sarah gets a little jealous, watching Ryan with his date. The conclusion of the scene in the restaurant’s parking lot was fun to write!

The restaurant and parking lot scenes were good too.  What’s your favorite part of a romance book to write and why?
My absolute favorite scene to write is that final scene where the hero or heroine makes a grand gesture. I love writing these scenes so much, and my test if I’ve done my absolute best to nail it is if I start crying my eyes out. If I don’t, I know there isn’t enough of my heart in that scene.

You write really good grand gesture scenes.  The one in Falling for Mr. Wright was really good.  It definitely had me smiling.  I’ve mentioned that Ryan Wright is a dream.  He’s definitely book boyfriend material, but so is his best-friend Logan Scott. Tell readers about Logan.
I love, love, love Logan. He’s kind of mysterious, right? He’s clueless that he turns women’s heads right and left. He’s also on to Ryan and Sarah, and one could argue that he knew all along.

Happy holidays to you too!  Okay people.  Remember how I said my favorite scene was the football field scene?  Well, Robyn has decided to share it with you.  Prepare yourself to sigh….

In this scene, Sarah accompanies Ryan home to Connecticut to attend an awards gala at his former high school. They wind up alone on the football field where Sarah suggest Ryan show her his quarterback moves.

Ryan cocked an eyebrow. “You want me to tackle you?”

Sarah looked down at herself. Whoops. “Okay, maybe just don’t let me win so easily.”

“Okay.” He motioned her to get back into position down the field. “Get ready.”

“I should warn you,” she called to him. “Before I fed the chickens in high school, I ran two miles each morning.”

“Noted.” Once again, he lobbed the ball in her direction. Knowing he’d follow, she grabbed the ball out of the air and ran as fast as she physically could in her dress. Ryan caught up a little too quickly for her liking, so she dodged right and then quickly faked a left, throwing him off just long enough to dash straight for the end zone.

Before she could celebrate victory, Ryan grabbed her waist and lifted her off the ground. “I win, I win!” she shrieked between laughs. Ryan gently put her down and she turned around, standing inches from him. “See? I wouldn’t have lost you a game,” she said, hugging the football.

“Nope,” he said, not moving from his spot. Maybe it was the champagne, or maybe it was her pesky new football-player fantasy, but she stepped closer into his space.

“Are you going to show me how you celebrated touchdowns? I’d love to see you do one of those funny dances players do.” “I could do that.” He touched her cheek with his knuckle, letting it linger. “But I’d rather do this.” He leaned down and brushed her lips with his.

Just a simple touch of warm, soft skin that left her drifting forward. And then it was over. Ryan pulled back, his eyes hooded, his gaze hypnotizing. She clutched the football and blinked up at him, her mind swirling with a thousand thoughts.

At the top of the list? Holy crap. Ryan Wright just kissed me. Followed quickly by, I want him to do it again. No. Bad idea. Ryan was her colleague. Her friend. Kissing him would ruin everything. She’d have to quit her job because no way could she pretend like nothing happened, and it would hurt too much to see him, knowing a momentary lapse of judgment cost her their relationship.

She willed herself to step back…and failed. What are you doing? You’re supposed to want Logan. You’re here, at this gala, for Logan.

But was she? When Ryan invited her, Sarah had been prepared to say yes before he even mentioned Logan. She’d never had as much fun with a guy in her life as she’d had with Ryan the past year. He was incredibly hot, apparently thought she was hot, and was by far one of the most thoughtful and charming men she’d ever met. He’d rescued a kitten at the expense of his arm, for God’s sake.

Did she mention he was hot?

Screw it. One more kiss—just a little one—wouldn’t hurt anything. “Sarah, I’m sor—”

She spiked the ball and tugged Ryan back down. His immediate groan sent thrills skittering across her chest, and lower. His mouth fit over hers perfectly and, oh God, that only added to her desperation. She parted her lips, inviting him in, needing to taste him. She might die if she didn’t.

So much for a little kiss.

You can read my review on Falling for Mr. Wright here. 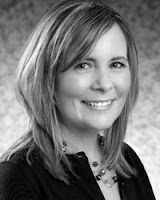