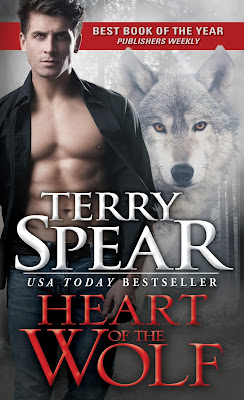 Bella, a female red werewolf, was adopted by a pack of gray wolves as a pup. Now grown up, the alpha of the pack tries to make her his mate against her will—Bella knows she has no choice but to run away.

She makes her way as a lone wolf until childhood friend, Devlyn, comes to bring her home. On their journey back, they get tangled in up in unimaginable danger and must apprehend a werewolf murderer while keeping their identity secret from humans. The chemistry between them sizzles like never before…but they both know if they mate, Devlyn will have to fight the pack's wicked alpha…and it's a fight to the death.

As a companion to Bella and Devlyn's story, this edition includes an exclusive, brand new novella that brings the story of the lupus garou family full circle.

“It’s a picture of me.” He glanced back at the photo he’d set upright on her nightstand. “Great image, too. One of my better pictures.”

“What of it? It was too big to fit on the fridge. I told him not to send any more that size because they’re too big.”

Devlyn pulled the back of the frame open, and she knew he’d discover the truth.

“You’ve had this one enlarged. Gives a photo ID on the back, a local Oregon printer. You had a smaller version of the same photo on the fridge, probably the one he sent you.” He cast her an elusive smile.

She pursed her lips.

Pulling the covers back down, he exposed her breasts to the cool air in the bedroom. Instantly, the nipples turned into pert red peaks. He leaned over and kissed one and then the other, making them throb with need.

But she couldn’t mate with him, as much as her body readied itself to accept his virile strength. She’d endanger him too much if she gave into her primal instincts, her deep-seated cravings for the gray. She touched his whiskery cheek. “You were supposed to sleep on the couch.”

“You’ve been keeping my image close to your bed. Now you can keep the flesh and blood me in your bed.” He climbed into bed next to her and touched her cheek. “Tell me how much you love me, Bella. Tell me how many times you wrote to whoever it was, asking about me.”

“He didn’t tell me you searched for me.”

She sensed the tightness in his voice, the way he barely curbed his anger. “It’s late. We need to sleep.”

He ran his tongue down her belly, forcing a quiver of anticipation. “I won’t quit asking until you tell me. Who was it?”

Giving up the guarded secret, she sighed heavily and admitted, “Argos.”

Devlyn stilled his actions and growled, irritated that the old wolf hadn’t told him the truth. How he had longed to know what had become of Bella all those years. When he’d spoken to Argos, the sly old wolf had assured him she’d be all right. He should have known Argos knew what had happened to her. “Damn him.”

“I shouldn’t have told you. I wrote to let him know I was safe after I ran away. I couldn’t let him think I’d died. From then on, we corresponded.”

“No wonder he knew it was you in that news report. I figured he had some kind of a sixth sense. But all along he knew you lived in the area.” He studied her eyes, tired and wary. The annoyance he felt that Argos had kept the secret about Bella faded into wry amusement. “You wanted to know about me, about how I fared.”

“Don’t be so conceited.”

Knowing she disguised the truth, his lips curved up. His intense craving to mate with her filled him with an ache he longed to fulfill. He threaded his fingers through her satiny hair and licked her throat. She moaned. His erection pulsed with renewed gusto. His instincts were right concerning her. She wanted him as much as he lusted after her.

He pressed his arousal against her soft body. “You know how much I desire to have you, Bella. Tell me you want me, too.”

Shaking her head, her eyes misted.

He growled at her stubbornness. Then he nuzzled his cheek against hers, enjoying the delicate ivory fragrance she’d washed with, hoping she’d succumb to his advances. He ran his finger over her firm nipple. “I won’t let Volan have you. We’ll return to the pack and then—”

“No. He’ll kill you. I don’t want you for a mate. Don’t you understand?” She tried to pull away from him, her voice heated with anger. “I don’t want you.”

But he recognized from her words and actions that it wasn’t true; he’d use every trick he knew to convince her to tell the truth.


The Heart of the Wolf Series:

USA Today bestselling author Terry Spear has written over sixty paranormal and medieval Highland romances. In 2008, Heart of the Wolf was named a Publishers Weekly Best Book of the Year. A retired officer of the U.S. Army Reserves, Terry also creates award-winning teddy bears that have found homes all over the world. She lives in Spring, Texas with two Havanese puppies.