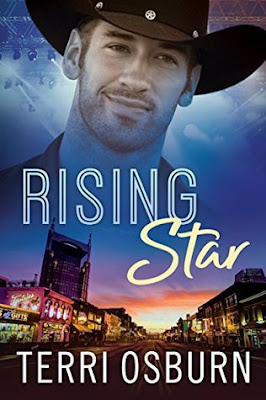 Can love survive the bright lights of fame?

A popular DJ at the hottest station in Nashville, Charley Layton is doing what she’s always wanted to do: living in the heart of country music. Charley puts her career first and relationships second, but when a charismatic stranger in a black cowboy hat invites her back to his place, she decides to give herself one night of no-strings fun.

But Dylan Monroe isn’t a no-strings kind of guy. Charley is beautiful, brainy, and brassy as hell—the kind of girl he’s always wanted. When his record label books him an interview on Charley’s show, he’s determined to find out why he woke up alone, and when he can see her again.

With Dylan now the most eligible bachelor in country music, Charley doubts their fling stands a chance, but she’s willing to try. Dylan dreams of fame, but he also craves a life offstage with Charley. Can he convince her that both of their dreams are worth chasing, and that love is still possible, even in the spotlight?

Sometimes the line between blogger and fan gets blurred. I started reading Rising Star as a blogger to clear my reading list. But my reading quickly became that of a fan, as I was quickly reminded why I was one of Terri Osburn's first fans. She drew me into the story with likable, relatable, everyday characters. Dylan Monroe may be an up and coming country singer but he's real. He's just a guy from Louisiana with manners galore. He doesn't want to be famous. He just wants to make music. Charley Layton is an up and coming DJ. She is probably one of the best people at doing her job, but she doesn't know it. She doesn't want Dylan for fame or fortune. She just wants him for him.

Rising Star is one of those stories that surprised me. I wasn’t expecting to immediately start laughing. I wasn’t expecting to have happy endorphins filling my body throughout the entire book. Not only were Charley and Dylan great characters but so were the secondary characters. Many of whose stories I definitely would love to read. I really liked that Rising Star was a story about Dylan and Charley coming together without having baggage from the past weighing them down.

I simply loved everything about Rising Star. I highly recommend reading it. I’m looking forward to seeing what’s next for the stars of Shooting Stars Records.

Falling Star, the second book in the series releases on March 27, 2018