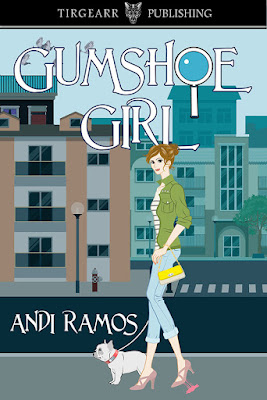 Sheagan O’Hare got more than she bargained for when her newly inherited detective agency lands its first case; a missing person, embezzlement, and murder. Sheagan’s out to prove she can hang with the pro's, despite the constant reminder of her amateur status from an annoyingly attractive FBI agent, Colin 'Mac' MacEvine, who’s forced himself into her life.

How does she feel when an old high school friend hopes to ignite a new romance?

Will she be able to discover if detective work and love can mingle before someone gets hurt?

“What are you doing here?” he hissed. “Why are you here? Go, now!” His voice was forceful, not the meek squeaky tone he’d used that morning.

Just then a tall, slim, middle-aged man flung open a door across the room. He looked angry, and seemed more irritated when he spotted the two of them.

“Lewis, what are you still doing here?” He approached the pair. “Weren’t you off the clock a half hour ago?” There was a lot of tension in his voice.

“Who the hell is this?” He gestured to Sheagan. The man was wearing an expensive suit, but his tie knot hung out of place to the side. He was red-faced and perspiring.

Before she could reply, Lewis piped up, “She’s my ride, Mr. Wellstood.”

Sheagan saw him clench his teeth as he put his arm around her and pulled her close. “She was running late picking me up,” he added.

Lewis turned to Sheagan and grabbed her arm. As they reached the elevator, she said quietly, “I was just looking —”

He held his hand up for her to stop talking, which was just as well since she didn’t know how to finish the sentence.

He guided Sheagan into the elevator, and stood on the opposite side. He kept his head down and didn’t say a word.

Sheagan couldn’t stand the silence. She tried again. “Why did you…”

He looked up and glared at her through his wide-rimmed glasses. She saw the muscles in his jaw tighten. “Don’t!” was his only reply.

As soon as the door opened, she scrambled out of the elevator. Sheagan flew through the outer doors and to her car as quickly as possible. She didn’t notice which way Lewis went, and didn’t care. 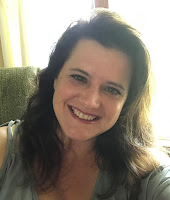 Andi Ramos grew up in central Massachusetts where she still lives today with her family, goat, and Boston Terriers. Her love for reading grew into a passion for writing. She dabbled with pen and paper for a long time and eventually stopped pushing her amusements aside and started developing those stories into novels. One of her favorite things to do is to hop into her motorhome with her family and write while traveling down the road as they journey to various destinations.

You can follow the Gumshoe Girl Book Blast here.