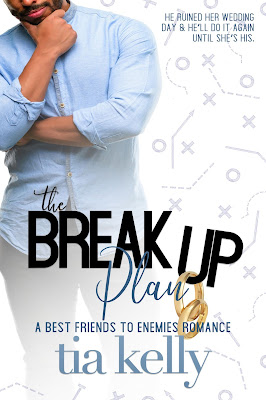 A man without a plan is a shell without purpose.

Which is why when I sat down nine years ago and put pen to paper, mapping out a ten-year plan, I meant business. Everything that could set me up for a lifetime of joy had to go down on the list, and every day, I worked my ass off to fulfill it.

Open my own sports agency. Check.

Earn first million by my thirtieth birthday. I did that a week before I turned twenty-six.

Negotiate the most lucrative contract in Major League history. Did that, too. Then went and broke my own record. (Thanks, big bro!)

I could go on, but this isn’t about bragging. It’s me admitting that in the midst of drafting something that helps shape and mold much of my success, I still made a costly mistake.

One day I realized all those entries with corresponding checkmarks are pointless if I don’t factor into the equation the most important goal of all. Avery.

Perhaps way back then I wasn’t ready to see how much my best friend of fifteen years deserved that number one spot in my life. Maybe I was blind, since the whole “settle down and get married” scenario wasn’t my thing. But now that I’m aware of the role I need her to fill in my life, there’s no such thing as letting go until I can convince her to be mine.

Her being about to marry someone else does make winning her heart a little bit dicey. But if there’s anything you should know about me, it’s that I always play to win. And losing Avery is nonnegotiable.

Drew Wilkerson is a dangerous man. Not in the physical sense. Well, yeah, technically it could be related to something physical, but he’s the type of man that could get away with the most ratchet of offenses and walk away from the incident both unscathed and with two more women fighting to give him some.

Six three. Runner’s build. Colgate megawatt smile with the charm to match. Can wear the heck out of a suit, jeans, basketball shorts… damn near anything and everything. After-hours radio voice. Hell, any time is the right time for that voice. And did I mention the brother has blue eyes? Drew says they’re hazel, but if that’s the case, it’s not the usual green-meets-brown version. When he wakes in the morning, all you see in them is a sea of crystal-blue depth. Piss him off and they remind me of steel. Whether you want to say they’re hazel, blue, gray-blue, or whatever, those bad boys are intense. Staring into them for more than five seconds will pin your ass to a wall so fast you’ll want to cosign turning over all your good credit for anything he could ask for. Although that wouldn’t be necessary.

Did I mention he’s loaded? Just dropped seven figures on his crib in Philly (and before you assume, I’m not talking about low, barely-reaching-million-dollar-status numbers, either), and that’s before the contractors were instructed to turn it into the home of his dreams.

My Avery. I turn around to see her standing in the entry to my room, but she brings a smile to my face simply from the sound of her voice and the warm vanilla bean and coconut scent filling the air. She never can decide which is her favorite smell, and to be honest, I like the combination on her.

The smile on my face is there because I haven’t hugged my girl in weeks, and I’ve missed her, but it doesn’t take long for it to slip off.

“Hey.” She pauses mid-stride toward my open arms and frowns. “You okay?”

I should probably explain. I didn’t expect to see Avery looking the way she does. I’ve seen her hair in countless ways, from her usual Freddie on A Different World go-to style, to weaves, to bohemian braids hanging past her ass, to the small cornrows on the side with a mass of curls piled high on top vibe she’s going for now, so her curly ’hawk look doesn’t surprise me.

It’s seeing the roundness of her adorable caramel apple cheeks slimmed out and revealing a hint of cheekbones, making the diamond and pearl studs I gave her stand out a little more. Hell, it makes even her mouth look…

Sh*t, I don’t have time for a sexual harassment lawsuit, so I better not say. But what I can mention is the mustard tank she has on shows off shoulder blades that are more defined than the last time I saw them, when she wore a single-shoulder gown to a fundraiser a few months back.

And her waist. Jeans hug curves, but these curves aren’t hers. She still has one of those asses folks sing about, saying a beat was made for, but that’s not why I sometimes catch myself staring at her.

I do just because she’s Avery.

“Drew. What are you doing in here?”

“It looked pretty chill and inviting, so I thought I’d hang out in here away from the activity.” There is some truth in that. The lounge in the ladies’ room has seating that should be in someone’s living room. Running a hand down my face, I nod toward one of the chairs. “Have a seat.”

She stands, rooted in place, drying her hands on a paper towel.

Her heels click softly against the floor tiles as she makes her way to the deep purple velvet loveseat, where I sit on the edge, taking me back to our night in New York in the back seat of the SUV. When she takes her seat, I can see the relief on her face and have to restrain myself from massaging her feet again.

She keeps her arms folded firmly across her breasts and stares at me.

So I stare back.

I know Avery, but she’s also an open book. This whole defiant stance isn’t for me, it’s about her. Avery doesn’t trust herself right now. The longer I look at her, absorbing everything about her like I usually do, the sooner she’ll cave. She always does.

A couple of minutes later, she lowers her arms to relax her stance. Finally. Progress.

Except something happens that I didn’t expect. I cave right along with her. The confusion in her eyes, the sweetness in her face—all that sucks me in and takes me back to what we shared when I last saw her.

Our faces creep closer and closer, and without thinking, we share another kiss.

Her splayed hands across my chest push back, and abruptly our kiss ends. She fingers the edge of her mouth to clean up her lipstick and shakes her head. “You have to leave.”

“Drew, I’m getting married tomorrow. This. Us. This can’t keep happening.”

Tia Kelly is the author of contemporary and women's fiction. She is known for her candid way of capturing life, love and relationships… one story at a time.