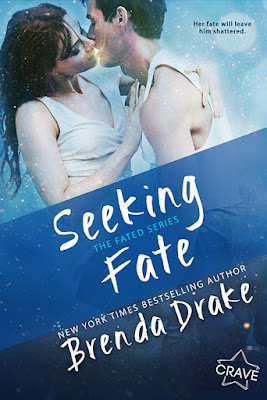 Her fate will leave him shattered.

Fate changer Daisy Layne is nervous about searching Europe for a firstborn son doomed to die on his eighteenth birthday. But she’s the only one who can save him. No pressure or anything. She needs the help of guide Andrei Vasile, who she’s been talking to online for two years. Still, meeting him in person…that’s a whole different story.

Andrei is determined to keep Daisy safe, even if touching her could kill him. At least, that’s what his family has told him about fate changers like Daisy. She’s strong and beautiful, and it’s his job to keep her alive. Unfortunately, what she doesn’t know could kill her.

Save a life. End a curse. And never, ever get too close…

Hi Brenda. Welcome back to my mom’s blog. This is Paige by the way.
Thank you for having me on the blog, Paige!

You’re welcome. Congratulations on the release of Seeking Fate. What inspires you to write your books?
Thank you, Paige! Many things inspire me to write my books. I have a passion for writing, and I can’t picture my life without telling stories. The inspiration for stories hits me in many different ways. It could be as simple as an item or a person doing something unusual or a news event. For my Library Jumpers series it was a coffeetable book of the world’s most beautiful libraries, and for The Fated series, it was during a tarot reading in New Orleans. While I watched the reader give me my reading, I thought what would happen if she could change anyone’s fate with a touch of a tarot card.

Whoa. That’s pretty amazing. Inquiring minds want to know...If you could have any superpower in the world what would it be and why?
Changing fates would be remarkable, but I wouldn’t want to have the consequences that go with it that the Layne sisters have to deal with in The Fated series. How cool would it be to cure someone of cancer or help someone who is on hard times?

That would be really really cool. What was your most embarrassing moment in high school?
I had so many embarrassing moments in high school. But it would have to be this one. I had a crush on this guy for the longest time in ninth grade. He was gorgeous. Perfect hair, great smile, tall, and muscular. Our junior year, we flirted, but I’d freak and would rush off. He finally stopped me outside my math class one day and asked me out. We had barely said a few words to each other, but there he was asking me on a date. I was beyond excited. I went into class, sat at my desk, and unpacked my book, notebook, and pencil then glanced around. The guy was staring at me from his seat a few rows over. The problem was it wasn’t my classroom. I was so nervous and excited, I went through the wrong door.

Wow! That must have been awkward. I can so relate. Are there any secondary characters from any of your books you wish could get their own books?
In my Library Jumpers series, I would want to go back to the past and tell the story of a young Gian Bianchi. I have this entire history of his played out in my mind. The Fated series, I would want to tell Violet and Dena’s story.

Final question. You are stranded on an island what books would you bring?
You say books plural and you haven’t given me a limit of space I can use, so my entire library! Okay, kidding, I’d take The Secret Garden, the Harry Potter series, and The Children of Blood and Bone because I haven’t finished it yet and I’m so addicted to it already.

Thanks, Brenda. You are amazing!

“So, are you that type?” Daisy said as she dragged her feet.

“The kind that doesn’t ask for directions.” She smiled as if she’d come up with the perfect joke. Which made her adorable.

“Are you that type?” Now he was smiling.

She gave him a confused look. “What type?”

“The kind who uses the ‘men won’t ask for directions’ cliché.”

Her lips tugged at the corners as she tried to keep from smiling. “Well, it’s true. I’d ask for directions.”

“Prove it. Put your money where your mouth is.” He nodded at a man approaching them with a newspaper under his arm. “Go ahead and ask him.”

The man had a scowl on his face. His steps were quick and sharp.

“You scared of him?”

He chuckled. “Guess I win then?”

“We were betting?” She walked single file behind him, so the man could pass. “You didn’t say anything about a bet.”

He stopped and turned to face her. “It’s an easy wager. A kiss.”

She took a step back. “There was no wager. You have to say what the bet is before the thing you’re betting on happens. No bet.”

This time, he took a step forward. “I thought it was implied.”

Another step closer. “So, you’re the type that doesn’t pay her debts.”

“Then I’m going to collect my winnings.”

Before she could back up again, he took another step and cupped her face in his hands. She started to say something, but he stopped her with his lips on hers. He kissed her for a good long moment, savoring her soft mouth. Enjoying her response in the way she kissed him back and the way her body leaned into his. He released her and looked into her eyes.

Her smile lit up her face. “There was no bet.” 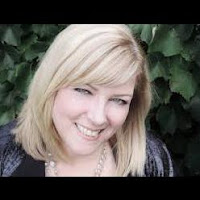 You can follow the Seeking Fate Blog Tour here.