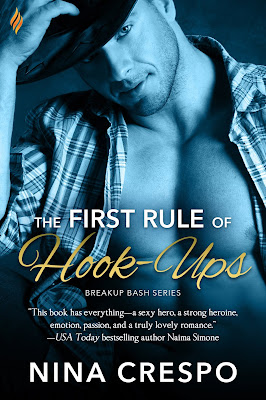 One night can change everything.

Someone once told me that there are worst things than being left at the altar. Well, not many, in my experience. That was six months ago, though, and my life has moved on. Heck, I have a new job lined up and I'm leaving town.

But, I can't deny that my love life kind of sucks.

That’s why I let my friends convince me to join them for Club Escapade’s Breakup Bash. And we might just be disillusioned enough to actually enjoy it. Last time we were here, it was for my bachelorette party. That night, I met one of the dancers – Raphael – and when he flirted with me, I almost forgot I was engaged. And there's a part of me that never forgot him.

Now, it seems my friends have wandered off and I’m thinking about calling it a night. Until the music begins and I see Raphael, my secret fantasy, on stage. And this time, I’m definitely not engaged... 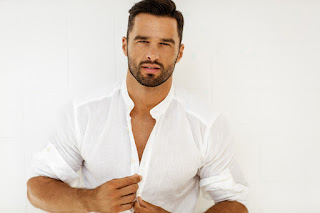 3 likes in no particular order: Alexa, my tool box, working the heavy bag

Drink of choice: Beer, whisky straight up, or water depending on my mood

Favorite song: Currently it’s a toss-up – Drake “In My Feelings” and Bazzi’s “Beautiful”.

Favorite way to spend an evening: On the rare evenings that I’m not at the club, I like to kick back and relax at home.

If you could have a do over, what would you do differently? Honestly, I wouldn’t do anything differently. I believe things happen for a reason. It’s our job to figure out why.

What profession other than your own would you like to attempt? Kickboxing

What profession would you not like to do? Telemarketer

Most romantic gesture: With Alexa, it’s easy. Bring her anything she loves + coffee.

Words to live by: Always be you. Trying to be like someone else just makes you a poor imitation.

In THE FIRST RULE OF HOOK-UPS, Alexa and her friends attend the Breakup Bash—a party held at Club Escapade to help women get over one man and move onto a better one. Months earlier, Raphael, the co-owner of the club had danced on stage at Escapade to settle a bet on Alexa’s bachelorette night. Neither one of them have forgotten the supposedly innocent, all-in-fun kiss they shared.

Raphael finds himself back on stage, again, at the Breakup Bash. In the midst of the party, Alexa’s friends have wandered off, and she’s ready to leave. The music begins and she sees Raphael, her secret fantasy, on stage. Once again, desire heats up. And this time, she’s definitely not engaged.

His chest heaved as if he’d run a race.

Her heart echoed in her ears. She moved to sit up, and her shin bumped his prominent erection.

He gritted his teeth with a sucked in breath. “Don’t. Move.” He nodded to someone backstage. As soon as the gold curtain dropped, Raphael eased off her. He hitched up his jeans, but it was obvious that he couldn’t zip past the bulge in his briefs.

She gripped his outstretched hand and scooted to the floor.

His gaze lingered on her mouth. He leaned in.

Desire pooled inside of her, and her legs wobbled. Months ago, she’d beaten herself up over the kiss they’d shared. Back then, he’d pressed his lips to hers and left her wondering about how he’d taste. What it would feel like to drift her tongue over his. Now she could find out.

Raphael halted millimeters away, then shook his head as if in answer to a silent question. He took off his cowboy hat and dropped it on her head. “One of the guys will show you back to your seat.” He spun on his heels and left.

Huh? No kiss? That’s not how this was supposed to end. “Wait!”

The blond-haired Hunk stood in front of her.

She ignored the gentlemanly offer of his arm and pushed past him.

A dozen or more of the Hot Body Hunks in various stages of undress rushed around behind the curtain and down the corridor to the left.

Raphael stalked down the one ahead of her.

She went after him, her heels clicking rapidly on the white tiles.

He glanced back. “This is a private area.”

“Keep the damn hat.” He stopped at the end of the hallway and stabbed a code into a keypad next to a green metal door.

“That’s not why I’m here. I want that kiss you promised me.”

“Promised?” He released a harsh chuckle and yanked the door open. “Fairy tale’s over. This is reality. Any kiss I give you now, princess, ends with you only wearing the hat.”

Fairy tale and reality? Those two fickle bitches could kick rocks. She’d been left at the altar. Now, she’d been abandoned on a fake hay bale. She’d had it with guys not following through. Raphael revved her up. He damn well needed to finish what he had started.

“My name’s Alexa, not princess, and I know what I want.” Alexa marched up to him and wound her arms around his neck. “For you to stop making excuses and kiss me.”

Want more? THE FIRST RULE OF HOOK-UPS is available now! 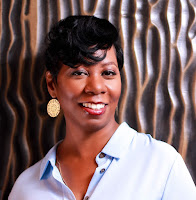 Nina Crespo lives in Florida where she indulges in her favorite passions — the beach, a good glass of wine, date night with her own real-life hero and dancing. Her lifelong addiction to romance began in her teens while on a “borrowing spree” in her older sister’s bedroom where she discovered her first romance novel. Let Nina’s sensual contemporary stories and steamy paranormal tales feed your own addiction for love, romance, and happily ever after.