Interview & Excerpt ~ A WEDDING ONE CHRISTMAS by Therese Beharrie 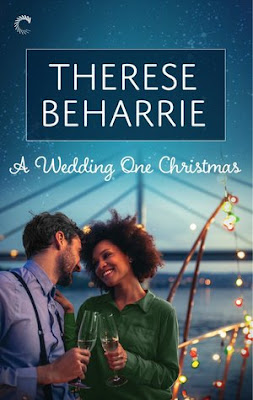 Of all the weddings in all the world, Angie Roux had to be mistaken for a bridesmaid in this one.


Caledon, South Africa, is supposed to be just a stop on the way to Christmas in Cape Town, part of Angie’s long-avoided homecoming. She never expected to star in a bizarre comedy of errors, but here she is: convincing a handsome stranger to be her fake boyfriend for the day.

Ezra Johnson, the handsome stranger in question, turns out to be a pleasant distraction from both the wedding and thoughts of her first family Christmas without her father. And he seems to loathe weddings just as much as she does. He’s the perfect temporary companion.

But a lot can happen in twenty-four hours. Including a connection so strong it tempts them both into thinking of something more permanent…

One-click with confidence. This title is part of the Carina Press Romance Promise: all the romance you’re looking for with an HEA/HFN. It’s a promise!

Hi Therese. Welcome back to Read Your Writes Book Reviews. It seems like we were just talking the other day!
I know! I’m excited to be here again. It’s great chatting with you!

You know I love chatting with you too. Today, we are going to discuss your Christmas release from Carina Press. A Wedding One Christmas contains a mistaken identity and a fake relationship. What else can you tell me about it?
This story very much belongs to the main characters. It takes place over 24-hours, so we get to know them really well and are fully immersed in their romance. It’s also a fun, festive read with genuine emotion and hijinks!

Tell me about Angie Roux and Ezra Johnson.
I’d love to! Angie is the heroine of my dreams. She puts people in their place, has a dry sense of humour and doesn’t take nonsense. She’s also grieving her father and is coming home for the first time since his death three years earlier, so there’s a lot of emotion. Ezra is a sweetheart – pretty much the definition of a cinnamon roll hero – and he has abs. He is also recovering from a broken relationship so again, emotions!

What makes these two perfect for each other?
They’ve both been running from painful pasts, and they relate to one another deeply because of this. So this chance meeting at a wedding one Christmas forces them to face their fears. Of course, there’s also an overwhelming attraction that they can’t ignore…

Generally, every book surprises an author in some way. What surprised you about A Wedding One Christmas?
It was the little book that could! I initially wrote A Wedding One Christmas as a novella of 30,000 words. When I sold it to Carina, it was 50,000 words. At publication, it’s 70,000 words. Taking a small idea and developing it into something that’s so full of heart and fun was a challenge, but I learnt so much from the experience and I’ll always be grateful for it.

Tell me about one of your favorite scenes and why is it a favorite?
The first kiss, of course! Angie and Ezra share an honest conversation about their issues that bring them closer, making their first kiss a physical and emotional experience. I love that Angie is taken by surprise at the emotional aspect of the kiss, and the flirting they do after is such a highlight for me!

What are some fun facts about the book?
A Wedding One Christmas is set in Caledon, South Africa, which is actually where my parents lived for a short time and where they had my sister! Writing about sisters in this book was also fun because I have three, and we have the strangest dynamics. I get to explore some of that in this book… I mean, I get to explore interesting sister dynamics in this book 😉

What do you like about writing Christmas romances?
I enjoy that I get to write a different kind of Christmas. I think it helps people who, like me, have never experienced a white Christmas, to feel like what happens in our very hot part of the world is normal.

I’m fascinated that you live on a different continent from me. I’m planning on spending all day Christmas in my pajamas, drinking hot chocolate and sitting in front of the fireplace if it’s cold enough. What are you plans for Christmas?
It is strange that we speak so easily online but in reality, we’re so far away! I will definitely not be drinking hot chocolate and if there’s a fire, it will be because we’ve decided to barbeque (we call it a braai here!). I’ll probably spend the day with family, drinking cold drinks and eating lots of cold desserts. Plus, all the food I can find 😊!

Therese, thank you so much for taking the time to answer some questions for me.

And in that moment, as they stood looking at one another, something shifted. Angie’s mind scrambled to figure out what. What had changed? How had it changed so quickly? But then the air snapped between them and she had no more opportunity to think. Not when her lungs had gone heavy, as if there was too much air in them. Or not enough.

She wanted to tell herself to breathe. To take a moment and breathe.

Because all her wants had suddenly been ensnared by the man standing in front of her. The man who looked at her as if she were the only person in the world. The man she’d shared more with in the last hours than she had with anyone else in the past three years.

Maybe even before that.

How had things gone from teasing, to sharing, to…to this? Was it that complicated thing again? And how could things be complicated after such a short period of time? Why did she feel like the fact that they were was significant somehow?

Heat shimmered through her belly. At her thoughts, at the way he was looking at her. At the way that look made her feel.

As if she’d been swept into one of those romance novels she’d read growing up. Into the happy tension of them that she wanted to create as an adult. Where people didn’t die or grow apart. Where there was only one ending and it was happy; for ever, or at the very least, for now.

If she did, she could step forward, lay her lips on his without consequence. She could run her hands over the ripples of his muscles. Slide her fingers through his thick, dark hair. She could find out if he was as attentive physically as he’d been emotionally.

‘What?’ Her tone echoed his.

‘No,’ she agreed. ‘So it makes absolutely no sense that I don’t care about what kind of idea it is.’

She stepped toward him, leaving just enough space that he would have to close the distance between them. If they were going to do this, both of them had to participate. In the decision. In the desire.

The slight curve of his lips as he stepped forward told her he was more than willing. She let her eyes flutter closed—heard the rapid beating of her heart in her ears as she did—and waited for his lips to touch hers.

And was startled when instead, his voice sounded in her ear.

‘We have an audience.’ 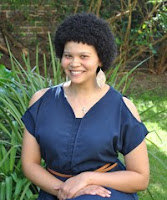 Being an author has always been Therese’s dream. But it was only when the corporate world loomed during her final year at university that she realised how soon she wanted that dream to become a reality. So she got serious about her writing, and now writes books she wants to see in the world featuring people who look like her for a living. When she’s not writing, she’s spending time with her husband and dogs in Cape Town, South Africa. She admits that this is a perfect life, and is grateful for it.