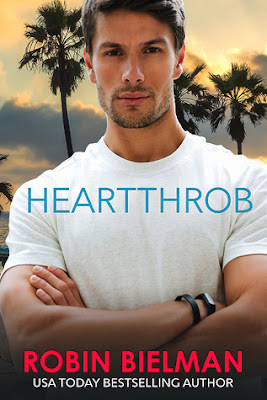 He likes a challenge…

Here’s the deal: I’m the best center fielder in the major leagues. I’m also the guy who cost his team the championship game and acted very unsportsmanlike. So, when the team hires a social media manager to repair the damage to my reputation, I don’t argue. But then I meet Chloe Conrad, and I suddenly understand what people mean when they say they have an instant connection to someone. Which means I’m in serious trouble. Chloe’s a smart, sexy distraction I can’t afford, but one date can’t hurt, right? Only she turns me down. And just like that, it’s game on.

Finn Auprince is the hottest player in the major leagues. Look up “It Factor” in the dictionary and there’s his handsome face. He’s also my biggest client and I don’t care how easy it is to talk to him or how fun it is to manage his social media accounts, I will not give in to his charms. Then one drunken night, I tell him about my curse: all my previous boyfriends have found their soulmates while dating me. One more heartbreak, and I’ll never recover. But Finn doesn’t believe in curses—he believes in me. Professionally and personally. He sets out to prove the universe isn’t against me, and that his one true love isn’t waiting around the next corner.

The problem is…can we play the game of love and both come out on top?

If Robin Bielman isn’t already on your auto-buy/auto-read list, she NEEDS to be! She is an incredible writer, who has a heart of gold and writes characters you wish were real. Translation, I want to be the heroine to every single one of her heroes.

I LOVED Heartthrob. I feel as though I should wax some amazing poetry about the story. But I don’t have the words. What I can say is Robin has made me laugh and cry. She literally turned me inside out and had me crying tears of sadness and joy. It’s been awhile since a book has touched my soul and this one did it. For purely personal reasons, it’s like she gave me a gift when I needed one the most.

Finn Auprince is the Center Fielder for MLB’s Landsharks. Rich beyond his dreams, due to his family’s hotel empire, Finn is really just an average guy. Growing up for him was at times hard, but he had the support of his family. His first love is baseball, because it showed him that he could be good at something.

Chloe Conrad is a social media manager. She’s the daughter of a famous umpire and spent her childhood traveling from stadium to stadium with her father. Chloe loves baseball and tends to quote baseball stats without even thinking about it. Chloe believes herself to be cursed in that her last few boyfriends have found “the one” while dating her.

Finn and Chloe meet when she accidentally runs into him. Little do they know that the next day they will start to spend the rest of their lives together.

It’s every MLB player’s dream to play in and win the World Series. Finn was halfway there. It was game seven and he had a chance to end the game. But unfortunately, he lost the ball and ended up fracturing his clavicle. Add to that, in an earlier game, he had a hissy fit when a call didn’t go his way. Now, the team wants to capitalize on the number of his social media followers and show him in a better light. The team hires him a social media manager; none other than Chloe. Also known as the daughter of the umpire he disrespected.

As the two work together, their attraction grows. But Chloe has just instituted a no more men policy and she plans on sticking to it. Of course, Finn wears her down with his charming ways. With great main and secondary characters (hello, future book boyfriends Ethan and Drew Auprince), Heartthrob was playful, fun, and entertaining. It was also emotional, which I didn’t see coming. Chloe is loving, fun, sweet, and passionate. She and Finn are really good together. For his part, Finn is a hero who had my heart from page one. I’m in love and there’s nothing else to say.