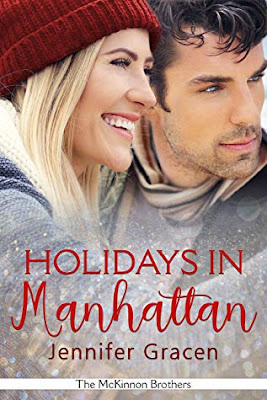 They didn’t believe in holiday magic… until it happens to them.

Anna McKinnon is a free spirit. As a bartender in New York City, she answers to no one, keeps what she calls “vampire hours” – and likes it that way. She secretly wishes to find real love, the forever kind her brothers have all found. But love has not only eluded her, it’s burned her badly. Keeping things light is how Anna copes.

David Beren is a high-powered, intense investment banker in the heart of Manhattan. His 80-hour work weeks took over his life long ago, but now, at 35, he’s ready for something more. But what? And then he meets Anna. She’s unexpected – full of light, color, and laughter. Anna knocks him off his game and his feet, and he’s never been happier.

Can total opposites – a feisty, bold girl from Ireland and a quiet, straight-laced Jewish guy from New Jersey – find love at the holidays? With the double whammy of a Hanukkah miracle and some Christmas magic, they just might. 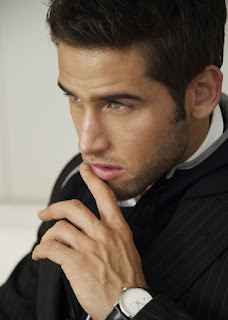 3 likes in no particular order: good bagels (like you can only get in the NYC area), sealing a high stakes deal, skiing

3 dislikes in no particular order: bad bagels (anywhere outside of the NYC area), laziness, waiting for the subway

Favorite food: Depends on the day! But probably sushi.

Favorite song: Would be a tie between “You Can’t Always Get What You Want” by the Rolling Stones and “One Of These Days” by the Foo Fighters

Favorite way to spend an evening: Hanging out at O’Reilly’s Tavern with a certain feisty, beautiful bartender (and knowing I get to take her home).

Favorite holiday tradition: For Hanukkah, it would be the big latke dinner with the whole family at my parents’ house.

Best memory to date: Any time I wake up next to Anna.

If you could have a do-over, what would you do differently? I somehow would have gotten Anna to tell me sooner about the guys who burned her before she met me. It would have made some things clearer that I needed to know.

What’s something you’ve said you would never do, but in fact have done? Gone skiing with friends while a little drunk. (I know, I know. Don’t tell my parents, they’d flip out.)

Most romantic gesture: From Anna to me, bringing me to see the big menorah. It showed me how much she was trying to bridge the gap between our backgrounds, and that meant more than I could express to her. From me to Anna, the billboard in Times Square. I mean, come on.

Words to live by: Never give up. As in, not on yourself, not on a deal, not on true love -- not on anything.

Before Anna knew it, they were walking down Fifth Avenue, hand in hand. At first, they were silent, the anticipation and chemistry threatening to choke them both. Then David asked her how Christmas in New York was compared to Christmas in Ireland.

“They’re different animals,” she said, and he laughed. “Everything here is bigger, louder, and brighter.” As if to cement her point, she waved her free hand around at all the surrounding buildings, blaring with light and sound.

“Do you go back to Ireland for Christmas?” he asked.

“I used to go almost every year,” she said. A cold breeze blew, making her hair dance around her face. Winter was definitely around the corner. She shoved her free hand into the pocket of her puffy silver coat. “I’ve a huge family, and it’s nice to see everyone. But last year, I didn’t. Because my brother Sean and his wife had a new baby, their second. They have two girls, and I adore them. I stayed here to be with them.”

“That must’ve been nice,” David said.

“It was,” Anna said. “Cassandra—that’s my sister-in-law—is from Long Island. Her family is there, and her extended family, and they throw a huge gathering on Christmas Eve. Like, forty people. So Sean and Cass brought me along. It was just as loud and fun as a McKinnon Christmas back home, but with better food. Cass’s Italian mom and aunt cook up a storm.”

She peered at him and asked, “What do you do on Christmas? You don’t have to work, right?”

“Work? The whole world is closed. I couldn’t work if I wanted to.”

“And what’s that?” she asked, genuinely curious.

“You don’t know?” His lips quirked up in a wry smile. “Go out for Chinese food and then go to the movies. Those are the only two things open on Christmas.”

She laughed. “I see. So that’s a Jewish Christmas, huh?”

“Yup. And I also usually catch up on work at home. It’s a good day for that, since the world is so quiet.”

“West Village is home, you said?” she asked.

“Aha. That’s why I ran into you at the bakery.”

“You didn’t run into me. You punched me in the face, though.”

She blushed a bit, thankful for the cover of night to hide it. “I said I was sorry.”

A pleased smile bloomed across her face.

“I was totally checking you out from behind,” he admitted. “But I probably wouldn’t have said a word to you. You did me a favor.”

“Then I don’t have to apologize again. What a relief.”

He smiled back. “Where do you live? You wouldn’t say before.”

“Doesn’t surprise me. So what were you doing at the bakery?”

“Sean, Cass, and the girls live in the West Village. I was on my way to see them. The cupcakes were for my nieces.”

“Blatantly in love with them,” she declared.

“Where do they live?”

David chuckled. “That’s funny. They’re around the corner from me.”

“That bakery has the best cinnamon rolls going. That’s why I was there.”

She couldn’t wipe the smile off her face. She felt giddy. “You know, I’d never set foot in there until that day. Walked by it a million times, but never went in before.”

His eyes set intently on her face. “Bashert,” he murmured.

“It’s a Yiddish word,” he explained. “It means ‘destiny’.” He stopped walking, causing her to stop too. He gazed at her for a few charged moments, then cradled her face in his hands and pressed his mouth to hers.

Jennifer Gracen hails from Long Island, New York, where she lives with her two young sons. She loves to write contemporary romance for readers who seek better days, authentic characters, and satisfying endings. When she isn’t taking care of her kids, doing freelance copy editing/proofreading, reading, or talking to friends on Twitter and Facebook, Jennifer writes.

Jennifer is giving away a copy of HOLIDAYS IN MANHATTAN. Giveaway is US only.