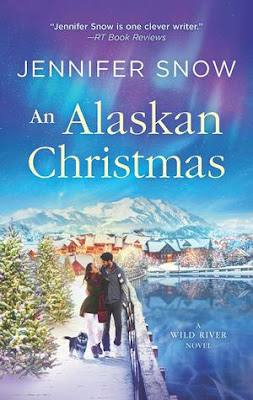 In Alaska, it’s always a white Christmas—but the sparks flying between two reunited friends could turn it red-hot…

If there’s one gift Erika Sheraton does not want for Christmas, it’s a vacation. Ordered to take time off, the workaholic surgeon reluctantly trades in her scrubs for a ski suit and heads to Wild River, Alaska. Her friend Cassie owns a tour company that offers adventures to fit every visitor. But nothing compares to the adrenaline rush Erika feels on being reunited with Cassie’s brother, Reed Reynolds.

Gone is the buttoned-up girl Reed remembers. His sister’s best friend has blossomed into a strong, skilled, confident woman. She’s exactly what his search-and-rescue team needs—and everything he didn’t know he craved. The gulf between his life in Wild River and her big-city career is wide. But it’s no match for a desire powerful enough to melt two stubborn hearts… 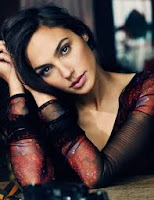 Favorite song: Anything that keeps me awake on a twenty-hour shift at the hospital.

Favorite way to spend an evening: At the Drunk Tank bar in downtown Wild River with my friends and a certain sexy bartender

Best memory to date: My first night shift at the Search and Rescue cabin with Reed 😉 Forgotten pizza and an uncomfortable roll-away cot.

If you could have a do-over, what would you do differently? I’d make more of an effort in opening up to my father after my mother died. I’d find a way to reconnect with him faster than I did and make sure he knew how much I love, admire and respect him.

What’s something you’ve said you would never do, but in fact have done? Return Diva’s (husky pups’s) wet-nosed kisses.

Most romantic gesture experienced: When Reed took me heli-skiing in the Alaskan mountains. We reconnected that day and sparks ignited between us on the slopes. My heart was racing from more than just the adrenaline rush.

Words to live by: It’s never too late to live your best life.

Erika took one look at the stairs and shook her head. “That’s not going to work.” She lifted one boot-clad foot so he could see the high heel and he caught her as she toppled off balance.

He gritted his teeth. Of course—her nonsensical, yet sexy as all fuck heels. Heels on boots that hugged her shapely calves nicely and forced a distracting sway in her hips when she finally did go to the restroom at the bar, but not exactly grate-friendly.

He sighed as he scooped her up.

“What are you doing?”

“Getting you upstairs,” he said, jogging up the stairs with her in his arms. She wasn’t heavy and he held his breath, the scent of her soft perfume overshadowing the smell of tequila on her breath.

He was glad they were calling it a night before the bar got really busy. She was far too distracting, especially once she’d let her guard down. Her unexpected smile had mesmerized him and her easy-sounding laugh had surprised him. Her body was smoking hot, but it was her dark eyes and full, pouty lips that had him fighting an odd attraction to his sister’s best friend all evening.

When she stopped spouting bullshit, she was even kind of funny in a dry humor, self-deprecating way. Too bad she couldn’t have a sense of humor like this when she was sober.

“Shit. I forgot my gloves,” Cassie said behind them. “Here’s my keys, I’ll be right back.” She tossed the keys at him and turned to head back toward the bar.

He caught the keys. “What? No…what am I supposed to do with her?”

“Just set her down on the couch. I’ll get blankets and a pillow when I get back,” Cassie called as she disappeared down the street.

“Oh come on. Don’t act like you’re not enjoying this macho act of heroism.” Erika struggled with the pronunciation. “You were always the protector type.” She touched his chest and her eyes raked him in. She was looking at him the same way she’d gazed longingly at the chocolate Santa moments before.

He wasn’t sure which unsettled him most, the look in her eyes, the fact that she remembered something personal about him or the hardening in his pants at her touch.

He unlocked the door and nudged it open with her body. Then he promptly discarded her on the couch as instructed.

Done. She was there safely. Just leave.

Under an Alaskan Sky, book two in the series releases April 28, 2020 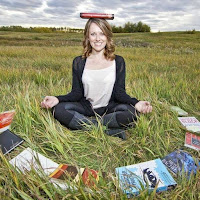 Jennifer Snow is an award-winning writer of novels and screenplays. She writes contemporary romance, comedy and domestic thrillers for books and film.

Her current projects include three optioned holiday romantic comedies, a true crime screenplay, a thriller screenplay on the film side and a new romance series set in Alaska, publishing through Harlequin’s HQN line in fall 2019.

Writing as J.M. Winchester, she is also set to publish a new domestic thriller, ALL THE LOVELY PIECES in August 2019.