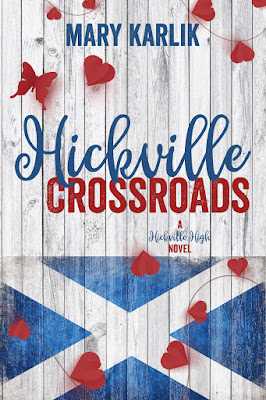 Frasier Anderson is one of the hottest teenage actors in the UK, but he’s virtually unknown in the US. Now he’s landed the leading role in a big-budget Hollywood film that could make him an international star.

No drama. No girls. And no telling who he really is.

Jenna Wiley is smart, funny, and has a few no-drama, no-dating rules of her own. Her friendship with new kid Ethan Smith is perfect and might even lead to something more. Except for a few things that don’t add up. Like his mom being afraid to have company. Or their house, which is more staged than lived in. Or his sister, whom nobody talks about.

It all comes to a boil when Frasier’s biggest secrets hit the tabloids and the paparazzi swarm Hillside with Jenna in their sights.

Can Frasier convince Jenna that shy, goofy Ethan Smith is closer to real than the image the tabloids have created?

And can she ever forgive him for breaking the most important rule of all? Because for Jenna, when it comes to love and science, the truth is all that matters.

Hi Mary. Welcome to Read Your Writes Book Reviews. How are you?
I am great. Thank you for having me.

You’re a new to me author. Can you please tell me about your Hickville High series?
My Hickville High series is set in small town Texas. It’s a mesh of the little towns where I live. The people are fiercely loyal to one another, a little quirky, and a lot loveable. The Early Bird café is featured in all of my Hickville books. It was inspired by a café in Italy, Texas. I loved that place. It was a homemade pie kind of place. I used to ride horses with a group of woman on Fridays. We rode in the mornings and had lunch together at the café. There is also a courthouse that is inspired by the Waxahachie, Texas courthouse. The books are stand alone but they are connected. Probably my favorite secondary characters are the people at the café. The owner, T-bone, is full of cowboy philosophy.

I love the premise of Hickville Crossroads. Tell me about the characters of Frasier Anderson aka Ethan Smith and Jenna Wiley.
Scottish teen heart throb, Frasier, was a well-known actor in the UK after a 4-year stint on a BBC period drama called Morlich Castle. He was virtually unknown in the US. After Morlich castle was canceled he landed the lead role in a big budget Hollywood film set in Texas called Hashtag Cowboy. It’s set in the high school rodeo world. He is a skilled horseman but doesn’t know spit about rodeos. He’s sent to Hillside—AKA Hickville—to work with a famous trainer. While there, the producer decided to embed him in a high school, American accent and all. He has only three rules. No girls. No drama. Don’t blow his cover.

Jenna Wiley was cheated on in the previous book so I had to give her a happy ending. She is a great character—fun and smart and gets along with pretty much everyone. Except liars. Can’t stand them. It’s her senior year and she is all about school and getting into Texas A&M. She wants to be a biomedical engineer and doesn’t have time for boys.

But then Ethan (Frasier) shows up and he’s funny and real and weakening her no-boyfriend rule.

What was one thing that surprised you about these characters?
Jenna and her family. They are big and loud and, I hope, funny. Frasier’s vulnerability really took me by surprise.

Can you please tell me about one of your favorite scenes from the book and why it’s a favorite?
Frasier and Jenna’s first kiss. Without spoiling it, things had led up to it for so long that when it finally happened, I think I cried. Happy tears of course.

Can you tell me a fun fact or two about the book?
Frasier is from a little village outside of Aberdeen called Alford. I have a friend who lives in Alford. Her favorite place to eat there is called the Alford Bistro and her favorite meal is Chile Con Carne. It’s in the book.

Another friend’s husband is a movie producer and helped me get the movie lingo correct.

Characters have been known to not play nice with authors. What was the writing process like with you, Frasier and Jenna? Which one refused to cooperate?
It was the easiest book I’ve written. I had a blast writing it. I knew the Hickville world so well it was a matter of placing the story there. Jenna was probably a bit more stubborn but not bad.

Final question. Why should readers read Hickville Crossroads?
I love this book because I was able to mesh my two cultures. One Scottish and one American. (As a Gaelic speaker, I wanted to sneak the language in there but resisted.) It’s a fun, cheesy, sweet romance. In a world that is going through dark times, I think it’s a great escape.

Mary, thank you so much for answering some questions for me. I pre-ordered the book and it is currently waiting for me to read it.
Thank you so much! I had fun answering your questions. I hope you enjoy reading it as much as I enjoyed writing it. 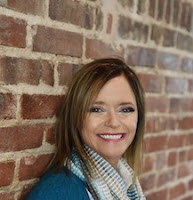 Mary Karlik has always been a dreamer. When she was a teen, she read The Lion, The Witch and the Wardrobe, and then sat in every wardrobe in her Nanna’s home, trying to open the door to Narnia. She didn’t find it, but she did discover her voice as an author: one filled with her young adult self, and grounded in her roots as a Texan and her Scottish heritage, nourished by obscure Scottish folklore.

You can find her Texas roots in her indie published, YA contemporary romance Hickville series , which has been described as “100% solid storytelling,” and begins with Welcome to Hickville High, a “lovely story about growing up.”

She digs deep into her Scottish roots – there is magic there, she just knows it – for her YA epic fantasy Fairy Trafficking series published by Ink Monster Publishing LLC. Her first book, Magic Harvest, debuted in September of 2018. It reached #1 in 3 categories of YA Fantasy on Amazon. Magic Heist, the second in the series has been described as “a fun twisty read which will never let you guess what will happen next.”

Mary recently moved from the beautiful Sangre de Cristo mountains of Northern New Mexico where she was a certified professional ski instructor to Texas. She loves visiting Scotland where she is currently earning a degree in Gaelic Language Studies at Sabhal Mòr Ostaig in Skye—part of the University of Highlands and Islands system. Mary also earned her MFA in Writing Popular Fiction from Seton Hill University, has a B.S. degree from Texas A&M University, and is a Registered Nurse.

Mary is an active member of Romance Writers of America and serves on a national committee of RWA. She formerly served on the board of the Young Adult Romance Writers of America. She is an active member of the Dallas Area Romance Authors and looks forward to raising a glass or two of gin and tonic with her fellow writers every year at RWA’s national convention.

You can follow the Hickville Crossroads Blog Tour here.

a Rafflecopter giveaway
Follow
Posted by Kim at 2:49 AM