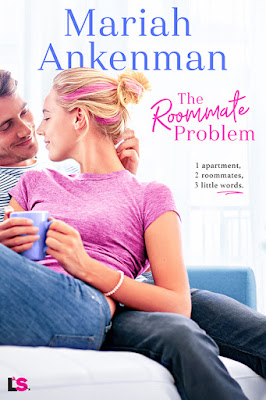 To Moira “Mo” Rossi, the world is full of sunshine, goodness, and happily ever afters—so of course she figures finding the perfect roomie will be easy. But after four creepos who ask if benefits come with the room and one woman who claims she’s a vampire, Mo is officially desperate. So what if the guy she agrees to on paper ends up being the Derrick Downer to her Sally Sunshine in person? She’s the queen of making lemonade.

August Porter expected his new roommate Mo to be like him—neat, practical, and oh yeah: male. Not the outrageous hippie with more stars in her eyes than there are in the sky. She’s infuriating, exasperating, his exact opposite in every possible way...and the bright ray of sunshine he didn’t even realize his gray world was missing. Suddenly, falling into bed with his roommate isn’t the worst idea he’s ever heard. Just falling in love with her is.

But one of them is keeping a secret that could turn their opposite attraction into utter disaster.

She screamed when her bedroom door flew open. A huge, dark shadow filled the doorway. A robber? No, that was ridiculous. Why would a burglar know her name? She must have hit her head on the way down for such a silly thought. A few blinks and the form came into focus, and of course it was—

“August!” She struggled to get up from the pile of clothing she’d fallen into. “Do you always barge into people’s rooms without knocking first?”

“When they scream bloody murder, I do.”

She stood facing off against him. “I did not scream.”

“You did.” His trademark scowl was in place. “Sounded like a building toppled over in here and…” His eyes widened, cheeks going as red as the hair on his head as his gaze shot toward the ceiling. “Um, Mo you might wanna—”

“I might wanna do nothing. We might share this place, but this is my room and you can’t come bursting into my room whenever you feel like it.” Her temper was soaring due to embarrassment, the fact that he had been hiding from her when she got home—coward—and the smarting of her hip where she fell.

“I was coming to see if you were okay,” he said, still looking up. “And I really think you should—”

“I don’t care. It was very nice of you to come to my rescue, but I’m perfectly fine and you could have knocked first. Besides, I don’t need—”

“Moira!” he shouted, slapping his hand over his eyes. “Your top is down.”

Mo glanced down. Huh, would you look at that. August hadn’t been trying to give her a lecture on bedroom safety or cleanliness. The sweet guy had been embarrassed by her breasts, which were currently holding the neckline of her peasant top directly under them.

“Whoopsie,” she giggled, putting the girls back in their upright and locked position. “You can look now, August. Your delicate sensibilities are no longer threatened by a pair of enlarged mammary glands.”

He scrubbed his hand down his face, the heat in his gaze scorching her from across the room as those hazel beauties focused on her. Oh boy. Did it just get a million degrees warmer in here? It was pretty cool of him to look away and let her know of her clothing mishap. A lot of guys would have taken advantage and looked their fill. Not August. He resisted the sweet temptation her bare breasts had offered. Class act. She had to give it to the guy.

And she would. If she thought he’d be agreeable.

“So,” she said, dragging her finger across the neckline of her shirt, internally pumping her fist as August’s gaze followed. “Are we going to talk about this chemistry thing between us?”

His eyes snapped up to hers, an internal struggle of massive proportions happening in them. But he didn’t say anything, just turned and stormed down the hallway. 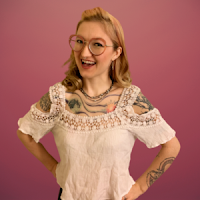 Bestselling author Mariah Ankenman lives in the beautiful Rocky Mountains with her two rambunctious daughters and loving husband who provides ample inspiration for her heart-stopping heroes. Her books have been nominated for the prestigious RWA Golden Heart® and CRW Stiletto awards. Whether she’s writing hometown heroes or sexy supernaturals, Mariah loves to lose herself in a world of words. Her favorite thing about writing is when she can make someone’s day a little brighter with one of her books.