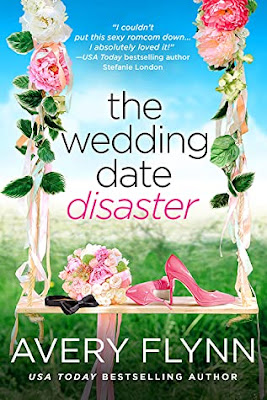 Hadley Donavan can’t believe she has to go home to Nebraska for her sister’s wedding. She’s gonna need a wingman and a whole lot of vodka for this level of family interaction. At least her bestie agreed he’d man up and help. But then instead of her best friend, his evil twin strolls out of the airport.

If you looked up doesn’t-deserve-to-be-that-confident, way-too-hot-for-his-own-good billionaire in the dictionary, you’d find a picture of Will Holt. He’s awful. Horrible. The worst―even if his butt looks phenomenal in those jeans.

Ten times worse? Hadley’s buffer was supposed to be there to keep her away from the million and one family events. But Satan’s spawn just grins and signs them up for every. Single. Thing.

Fine. “Cutthroat” Scrabble? She’s in. She can’t wait to take this guy down a notch. But somewhere between Pictionary and the teasing glint in his eyes, their bickering starts to feel like more than just a game…

I’m not generally a fan of enemies to lovers romances. However, with Avery Flynn’s The Wedding Date Disaster, I couldn’t wait to see how the couple kept trying to one-up each other. Hadley Donavan met Charitable Foundation Chair Web Holt randomly while in line at a coffee shop. The two immediately hit it off, sharing the same likes, leading to them becoming best friends. While Hadley loves Web, she despises his identical twin brother Will, known as “the evil twin”. Since the moment he met Hadley, Will has been suspicious of her relationship with his brother whom he views as being naive. Will is sure Hadley is a gold digger just waiting for the right moment to strike pay dirt.

Hadley is scheduled to spend the week leading up to her younger sister’s wedding in Nebraska with her large family. She’s asked Web to accompany her, pretend to be her boyfriend, and also be a buffer between her and her family. An unfortunate chain of events finds Will taking Web’s place at the last minute. One thing for sure is that this week at Hidden Creek Ranch is going to be very interesting and life-changing in more ways than one.

I loved the characters of Will and Hadley. They each have had things happen to them in their lives that affect how they are today. I loved watching them let their guard down around each other and see who the other truly was. It was fun watching them try to one-up the other and the back and forth banter between the two was fun and playful, but also genuine and at times intense. The secondary characters of Web and PawPaw were also great. I just wish there was more of Web. Maybe, fingers crossed, Avery has plans to write a story for him.

It should be noted that suicide plays a role in the lives of some of the characters.

“Everyone deserves to be loved for who they are, not who they might be in the future.”