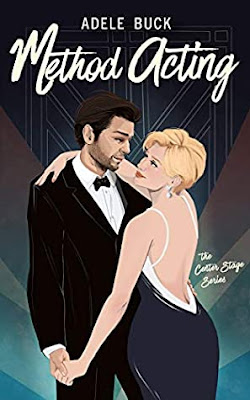 All the world’s a stage until your heart is on the line.

All Alicia Johnson has ever wanted is to be able to slip into someone else’s life, clothing, and makeup to become a murderess, a socialite, a mother, or a nurse for an episode or a season. And she’s good at it.

Being an actress comes with a healthy dose of financial insecurity and a willingness to live out of two jammed suitcases, ready to go wherever the next director wants her. Up until now, it’s been worth it for the creative escape and the thrill of applause.

All Colin St. Cyr has ever wanted is to win, going all-in to get Congress to see things his clients’ way. Despite being a Brit in Washington, D.C., he is well off, well connected…and well on his way to becoming a boring bachelor forevermore after a heinous breakup.

Especially as he’s just made an arse of himself with the first woman who has knocked him sideways in years. It won’t matter how much money he donates to the theater; Alicia Johnson is still going to look at him like a goddess looks at a flea.

The only thing he can do is use his highly attuned persuasive skills to talk her into giving him a second chance.

The stage is set, but by the final act, is it a love story between the provocative actress and the cultured power-player or will it end in tragedy?

Hi Adele. Welcome to Read Your Writes Book Reviews. How are you?
Hi – thanks, I’m doing about as well as a person can be in these times!

Congratulations on the release of Method Acting. It’s the second book in your Center Stage series. Please tell me about the series and also about the book itself.
The series is a loose one (in that they can all be read as standalone stories – I even had at least one fresh beta reader for each one, to make sure of that), and at least one of the main characters is involved in theater and/or television. Method Acting stars Alicia, who is a professional rival/frenemy of the antagonist in the first book, Acting Up. They have an ongoing email correspondence in that book that shows some of the inner life of that antagonist. Alicia’s love interest is Colin St. Cyr, a Washington, DC power player. She’s very provocative, he’s very buttoned-up, so it’s an opposites-attract story. It also has a sprinkling of Cinderella and Alicia, who has always been something of a loner, gets a tight-knit girl squad.

Tell me about Alicia Johnson and Colin St. Cyr.
He’s been burned by his last relationship and he’s very wary about what he perceives as any potential for dishonesty. So, when he first meets her and he doesn’t even realize she’s the same woman who was in the play he just saw, he’s thrown off. She enjoys messing with people a little too much, but when he questions her honesty based on the fact that she’s an actress, he really steps in it. She enjoys the artifice of theater—well, of art in general—but doesn’t equate it with lying. They also come from radically different backgrounds and educations, which is something she has to get through.

What do you love about them individually and together?
I love how independent she is – even though she takes it too far. A pair of actresses she shares a dressing room basically adopt her like a feral cat: love us or else. And she realizes over the course of the book that she does need that. I love how deliberately he approaches the world. He also (eventually) becomes more willing to learn, to be more flexible.

How do you come up with names for your characters?
It utterly varies. Alicia appears in Acting Up as a foil for the antagonist, Susan Vernon, explicitly because I wrote that book as a modern spin on Austen’s Lady Susan. The names came from the original work. With Colin, I knew he was going to be British, so I think I opened up Scrivener’s name generator and scanned for likely first names. His last name came from a Wikipedia list of titled families, if I remember correctly.

Can you share with me the opening lines of the first chapter?

Alicia hustled into her charge’s room, urging the girl to wake, get dressed, and greet the day. Moving rapidly around the room, she opened the curtains and chattered about the events to come. She marveled that the girl still slept.

What was your favorite part of this book to write?
Wow…I’m not sure. I can tell you that this is the first book that I wrote that made me tear up a little. I’m not much of a crier, either. That was while I wrote the grand gesture/reconciliation scenes. His “grand gesture” is something that’s a bit restrained—both because that’s who he is and because she’s pushed him away and he doesn’t want to crowd her. And it comes at exactly the time where she realizes she needs him most.

Tell me about one of your favorite scenes from the book, and why is it a favorite?
There’s a bit of a Cinderella sub-trope in this book where Alicia’s feeling very out of place at a fancy event. Something happens that makes her feel even worse, but then Colin and his friends rally around her in a way she couldn’t have expected, given what a loner she usually is. The thing that happens to her apparently made my editor gasp!

Can you tell me a fun fact or two about Method Acting?
Well, I had never intended to write it, for one! After I finished Acting Up, I planned to write a story about a secondary pairing in that book (Freddie and James, for those who’ve read that book). But someone in my writing group said, “I think Alicia’s up to something.” And suddenly: boom. I had to write her story and now.

Are you planning more books in the Center Stage series? If so, can you give me an idea of what’s next?
Yes! Two more, with a planned novella on the way. Book 3, Acting Lessons, is the aforementioned Freddie and James book. Book 4, Fast Acting, has two characters from Method getting together at Alicia and Colin’s destination wedding.

The novella is also something I’d never planned on writing in two ways. First, it’s a redemption story for Susan, the antagonist from Acting Up, which wasn’t a thing I was particularly interested in doing. (Blame Suz Brockmann for this – she was the one who wanted it!) Secondly, it’s a quarantine story, which I told myself I’d never write. Obviously, I’m my own unreliable narrator… Working title for that one is One Woman Show.

Adele, thank you so much for taking the time to answer some questions for me.
It was absolutely my pleasure! Thanks for having me!

Alicia hustled into her charge’s room, urging the girl to wake, get dressed, and greet the day. Moving rapidly around the room, she opened the curtains and chattered about the events to come. She marveled that the girl still slept.

Alicia bent over and shook her—then froze, her heart thudding, nausea crawling up her throat. The young woman did not move. Did not breathe.

Angels and ministers of grace…Grace… Her mind stuttered and spun for what seemed like an age, time slowing almost to a standstill, then rushing into double time.

Screaming for help, Alicia almost ran into the girl’s mother, who was racing in to see what was wrong. Unable to do more than point at the still form of the girl on the bed, Alicia spoke barely intelligible words, tears sliding down her cheeks as the other woman gripped her in a vain attempt at understanding or comfort.

The girl’s father entered, seeming to dismiss both weeping women at the same time as he demanded why his daughter was not already at the wedding.

Useless man. Alicia didn’t bother to keep the sneer from her face, despite the fact he was her employer. What did she care, now that the child she had raised, nursed, comforted and corrected, was gone?

Pointing at the bed with a shaking hand, Alicia swiped at her tears. “She's dead, deceased, she's dead.” Punctuating each mention of death with a stab of her finger, her mouth crumpled as she saw the realization finally flow across his face. “Alack the day,” she choked out, a lump lodging in her throat.

The priest and the bridegroom entered on the heels of the father’s next flowery, pointless words.

His fault. All of it. Love and insistence on blind adherence to duty. This is what comes of it.

#
Colin leaned back in his chair, his brows coming together in a slight frown as he watched the play unfold in front of him.

Most actresses playing The Nurse broke down here, wailing and helpless at the sight of the apparently dead Juliet. This one was different.

Specifically, she was furious with Lord Capulet, her face contorted in a rage-filled sneer at his next lines. The actor playing Juliet’s father seemed nervous of her, as if he was afraid she would grab the sword from Paris’ hip as he entered and run the older man through.

Her dark eyes practically glittered with malice as she spat her final speech in the scene, a lament for the lost Juliet, her proclamations of the horror of the day seeming to contain more rage than grief. And when she intoned, “Never was seen so black a day as this,” she pointed a long, shaking finger at Capulet, threatening him, her subtext clear to Colin.

Today may be my blackest day, but yours is yet to come.

Colin was disappointed when the final act of the play didn’t bring further surprises. He half expected a new plot twist added to the old story—The Nurse murdering Lord Capulet. When the cast filed out for their curtain call, he found his eyes straying to the woman who had startled him. The position where she took her bows was at the opposite end of the stage from where he sat and he couldn’t make out her features clearly. He wondered if the actress was as interesting as the character she had created.

Her performance had been the only thing to distract him from the empty seat next to him for the entire production. 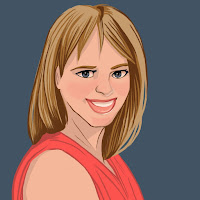 When not writing, Adele is a librarian at a Washington, D.C. law school. Prior to that, she had a short stint as an index editor and over a dozen years in corporate communications and executive relationship management. Even prior to that, she was an actress and stage manager.
She holds a theatre degree from Syracuse University and graduate degrees from the University of Maine School of Law and the University of Maryland’s iSchool.
A New Hampshire native, Adele has lived in the D.C. area for over 20 years with her fantastic husband and the requisite number of neurotic cats.
Places to find Adele Buck:
Website | Facebook | Twitter | Goodreads | Instagram | Newsletter | Amazon Author Page